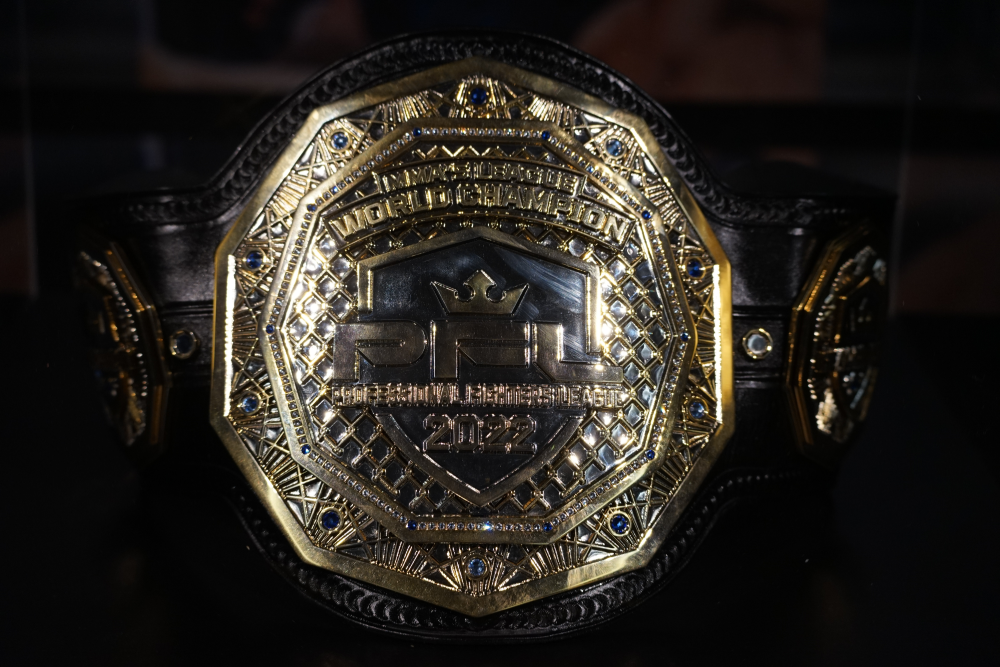 2022 PFL Championships: A look at the 12 finalists


The 2022 PFL Season will reach its conclusion on November 25th with the venue still to be announced, with 12 fighters looking to earn $ 1 million and a chance to become PFL Champion, six fights in total with the men’s heavyweight, Light heavyweight, Welterweight, Lightweight and Featherweight titles on the line as well as the Women’s lightweight title.

Ante Delija will make his second consecutive appearance in the PFL finals after losing a unanimous decision to Bruno Cappelozza last year. Delija has won three straight fights since that defeat, stopping fellow finalist Matheus Scheffel by TKO and Renan Ferreria in the regular season before stunning Ferreria once more in the semi-finals with a ground-and-pound stoppage in Round 1. Ante hopes to win the title and the prize money this time.

Matheus Scheffel will no doubt be out for revenge in this playoff final vs Ante Delija, losing to his opponent in a first-round stoppage in his first regular-season outing. Following that defeat, Matheus surprised fans with a unanimous decision over last year's champion Bruno Cappelozza in his 2nd fight. This performance wasn’t enough to secure a place in the semi-final playoffs. But luckily for Scheffel, he received a call to replace Cappelozza in the semis on late notice and took on Juan Adams and booked his place in the Final by stopping Adams via TKO in Round 3.

Former UFC fighter Omari has come to life in this PFL 2022 season, knocking out Viktor Pesta and submitting Teodora's Aukstuolis in his regular-season outings. Omari defeated highly rated prospect Josh Silveria by unanimous decision to earn his place in the finals for the first team, where he will take on another former UFC fighter Robert Wilkinson for the chance to win PFL gold.

Robert Wilkinson comes into this fight off the back of a five-fight win streak impressively, all by knockouts since being released by the UFC in 2018, and is undefeated. Robert has been in devastating form during this PFL season, KOing Delan Monte in the first round of his semi-final play-off before stopping Bruce Souto and Viktor Pesta via TKO. This fight will have fireworks for however long it lasts!

Sadibou is a PFL veteran, participating in all four PFL tournaments. He will be looking to capitalise on his chance in his first PFL final. Losing only once in his last seven fights, Sy no doubt comes into this fight with confidence, especially after beating former champion Rory MacDonald in the regular season and defeating Nikolay Aleksakhin on his way to the final. The Swede went on to beat Carlos Leal by unanimous decision in the semi-final play-off to advance to the final for the first time.

Dilano Taylor is the surprise package in this season's PFL. Originally not on the roster for the 2022 season, he was offered the chance at very late notice due to a visa issue of another fighter, and he took his opportunity. Defeating Joao Zeferino by split decision, he took on Magomed Magomedkerimov on short notice again and lost. For the third time, Dilano Taylor was called upon by the PFL at days’ notice in the semi-final to take on heavy favourite and former champion Rory MacDonald. Dilano stunned fight fans by knocking out MacDonald in round 1 and is now one fight away from changing his whole life.

Another former UFC fighter is on a five-fight win streak and is yet to be defeated in the PFL since joining last year. Despite lacking knockout power in his hands, Olivier dominates his opponents and has won all his PFL fights by decision. Before defeating Alex Martinez by a unanimous decision in the championship match, the Canadian had victories against Natan Schulte and Raush Manfio during the regular season.

Stevie's story is unusual because he gave up fighting two and a half years ago on the doctors' advice and was subsequently let go by the UFC. Ray decided to return in 2022, and after losing his first match with the PFL to Alex Martinez, he bounced back to defeat Anthony Pettis, a PFL fighter and former UFC star, twice in as many weeks to advance to the play-off final. On November 25th, Ray will have the opportunity to make the ultimate comeback.

English fighter Brendan Loughnane has only lost once in his last 11 fights and impressed his fans in the semi-final on the PFL London card, dominating his opponent and last year’s runner-up Chris Wade winning by unanimous decision. Brendan prevailed over Ryoji Judo and Ago Huskic in the regular season via technical and unanimous decisions, respectively.

Veteran fighter Bubba Jenkins is 5-1 since joining the PFL. The former Bellator fighter has earned his chance to win the title and the cash, losing in the semi-finals last year to Chris Wade. Bubba comes into this final on a three-fight win streak, defeating Kyle Bochniak and Reinaldo Ekson by unanimous decision in the regular season. He submitted Ryoji Kudo in style by rear-naked choke in the first round to secure a Final Spot vs Brendan Loughnane.

Kayla certainly needs no introduction, the superstar of the PFL winning the previous two campaigns and remaining unbeaten in doing so. Kayla will be looking to pick up her third belt and third million-pound cheque by defeating Larissa Pacheco for the third time, who she has previously beaten by unanimous decision twice. In the regular season, Kayla defeated Marina Mokhnatkina by decision before finishing Kaitlin Young in the first round by TKO. Harrison dominated Martina Jindrova in the semifinal, defeating her via arm-triangle choke in the opening round to set up a trilogy match with Larissa Pacheco. Can anybody stop her?

Since suffering a defeat to Kayla Harrison in 2019, Larissa has KO'd or TKO'd all five of her opponents in the first round. Defeating Zamzagul Fayzallanova, Genah Fabian and Olena Kolesnyk on her way to the playoff final. Larissa will be looking to make sure history doesn’t repeat itself and that she reaps revenge on her rival Kayla Harrison in the final.