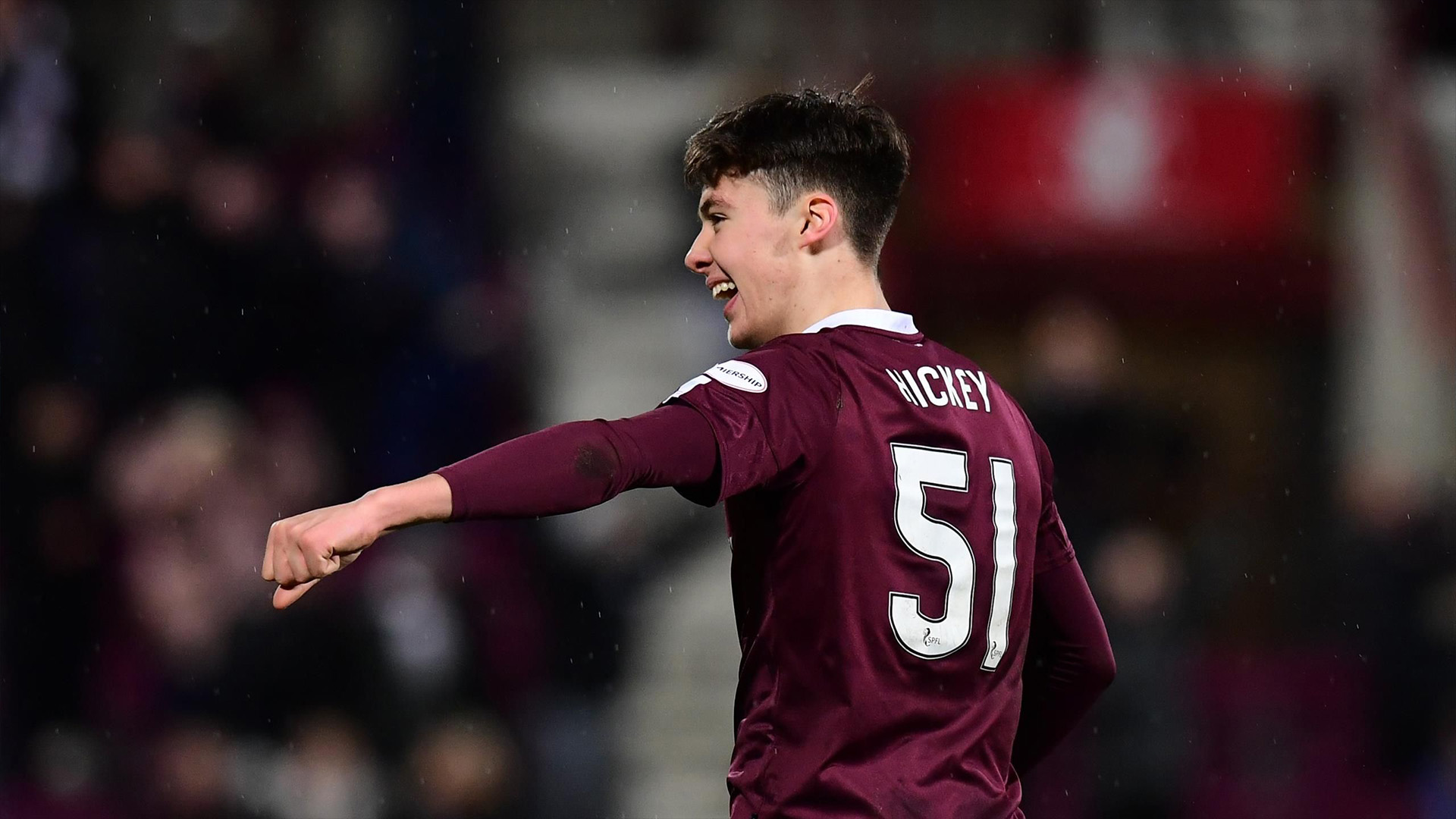 Aaron Hickey: The Golden Boy Nominee Ready To Light Up The Premier League

A star suddenly emerged from Scotland, destined for greatness and already showing his unlimited potential. The name Aaron Hickey is not too familiar with football fans, but the youngster is certainly going about things the right way to change this.

Born in 2002, Hickey is the cream of the Scotland youth crop and is very mature for his young age. An attacking left-back, Hickey’s dynamic playstyle has seen him burst onto the scene like no other, and he has proven his worth around Europe at the age of 20.

Born in Scotland, Hickey has represented his nation since the under-17 level and made his debut for the side in a goalless draw against France in February 2019. Hickey was chosen for the Scotland Under-21 squad in November 2020 after demonstrating his abilities at the level appropriate for his age. An injury sustained postponed his debut at the Under-21 level, which Hickey would never complete. After an injury forced the Scot to miss the first Under-21 camp, he was called up again, but lightning struck twice; and Hickey again was sidelined due to injury.

Despite the delays in progress on the international stage, Hickey was progressing rapidly at the club level. His career began at Hearts in his homeland, with Hickey being a product of their youth academy. After impressive performances caught the eye of Celtic scouts, Hickey signed with the Glasgow outfit and continued his advancements in the youth system. After four years at Celtic, the prospect returned to Hearts in 2018 in a deal that would see Celtic receive 30% of a future transfer fee.

His return was successful and saw the youngster make his professional debut in his first season as a professional. He featured in a 2-1 loss to Aberdeen in the penultimate game of the campaign, but the result was a minor negative that was overshadowed by the positives of Hickey’s debut.

Only two weeks later, Hickey started in the 2019 Scottish Cup Final against his former club, Celtic. He became the youngest player to start in the final since 2008, and this marked another milestone in his career. Hearts were defeated 2-1, giving up the winning goal barely eight minutes before the end of the game. Hickey, though, grew more mature as a result of the setback and utilised the disappointment as fuel to drive him forward.

A few months later, in September 2019, Hickey scored the winner in the Edinburgh derby as Hearts won 2-1 away at arch-rivals Hibernian. Hickey was one of their own and was bound for greatness, which is why the Hearts supporters idolised him. Along with his winning goal against bitter rivals Hibernian, this cemented his reputation as a fan favourite.

His versatility was highlighted in Scotland, as Hickey operated in both midfield and defence. His most effective position is left-back, but the Scotland international can play all across the backline, as he has shined at right-back and centre-back. He can also play as a central midfielder who breaks up the play and transitions defence into attack, making him a valuable asset to any side.

His stellar performances attracted top sides, with many European clubs vying for the promising youngster’s signature. Hickey switched to Italy and signed for Serie A side Bologna in a deal worth approximately £1.5 million. He opted for Bologna after discovering their intentions of integrating him into the first team. By this point, Hickey had made 24 appearances for Hearts, scoring one goal for his boyhood club.

Italy provided a new challenge for the Scotsman, who surpassed expectations. His debut was successful, as he helped his new side to a 4-1 win over Parma in a performance that gained him plaudits across Italy. In March 2021, Hickey picked up another injury that hindered his progress across the season, as it limited him to making only twelve appearances for Bologna. However, he made the twelve count and was nominated for the prestigious Golden Boy award after the end of the season.

The nominees consist of players judged to have the most potential after an impressive season. The panel are sports journalists that work for many established European newspapers. To even be nominated for this award means that you are tipped to have a big career ahead of you, and it came as deserved recognition for Hickey. The award’s winners consist of names such as Lionel Messi, Wayne Rooney, and Kylian Mbappe, showing that Hickey is in good company.

After recovering from injury, Hickey came straight back into the Bologna starting eleven to start the commencing fixture of the 2021/22 season. The full-back opened his account for the Italian side in September 2021, scoring Bologna’s opener in a 2-2 draw with Genoa in the league. After finding the back of the net once, Hickey gained a knack for netting and ended the season with five goals to his name.

During his successful spell at Bologna, Hickey was called to the Scotland senior squad for the first time in March 2022. He made his senior debut later that month, helping to hold Poland to a 1-1 draw. Since then, Hickey has gone on to represent his nation on three more occasions, becoming a regular in the blue of Scotland.

After an impressive two-year spell at Bologna, Hickey returned to the United Kingdom as he signed for Brentford on a four-year contract. He has regularly featured for the Bees since arriving and is now one of the Premier League’s most exciting talents.

The youngster is yet another fine product of the Scotland youth system, which has seen fellow left-backs: Kieran Tierney and Andy Robertson excel on the left side of the defence. It will be interesting to see how he plays under Thomas Frank and where his career takes him.

What all to expect from ATP 250 Moselle Open - Metz