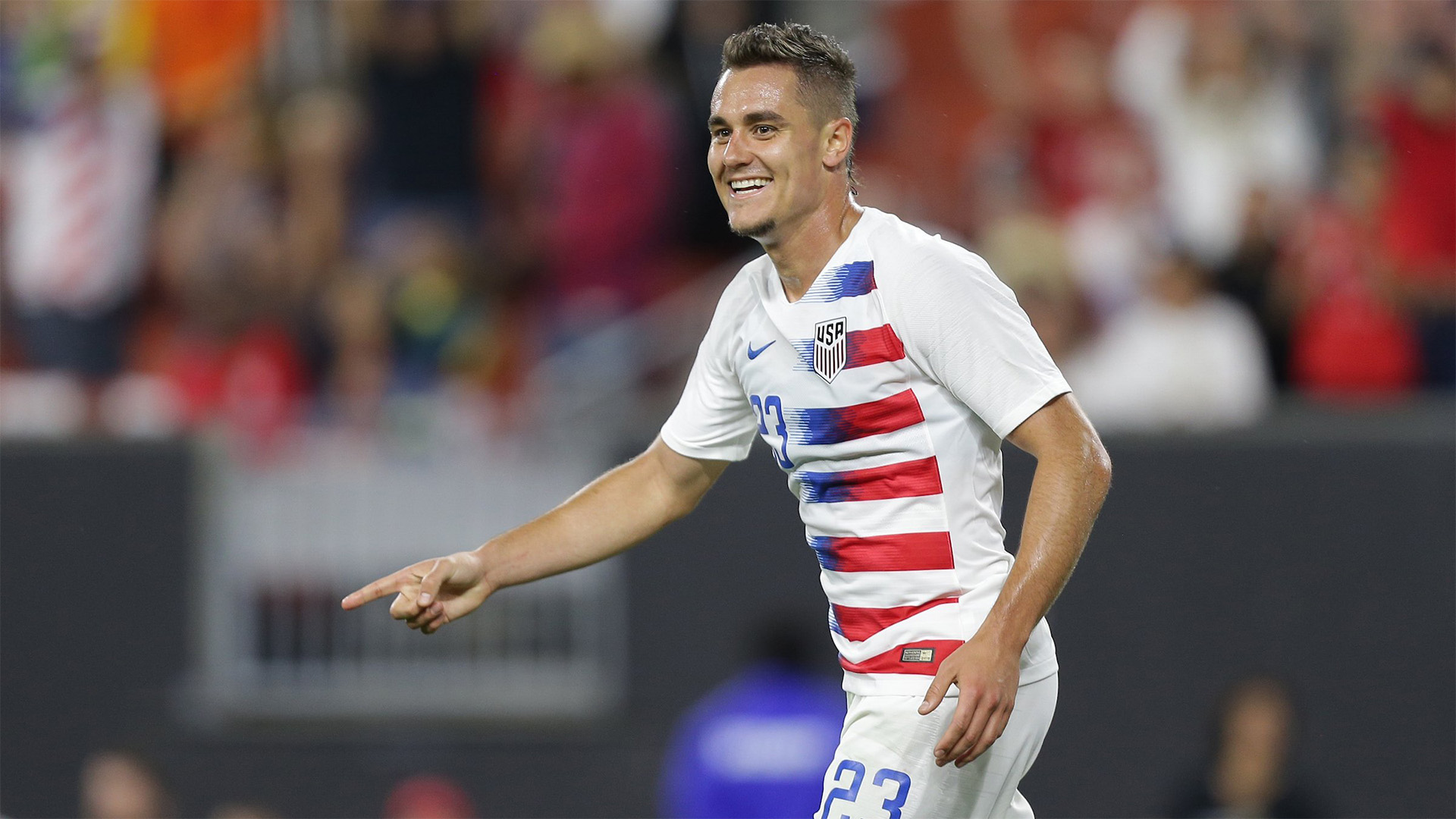 Enlisted in Portland at 22, resigned to reserve teams until he was 24 and now, at the age of 29, a star defender for New York Red Bull’s and the USMNT. The road to stardom for the California native was uneasy, but now, the former collegiate star has firmly established himself as a pivotal player for club and country. What exactly does he bring to his side?

An imposing centre-back standing at 6ft 2, it is unsurprising that Long enjoyed football and soccer in high school, cutting the image of a fine quarterback had his interest lay elsewhere. It is immediately upon this short viewing that Long possesses impressive defensive skills aerially, racking up an impressive 3.82 aerial duels won per 90 minutes played. This allows New York, as all Red Bulls do, to maintain a high press as Long is incredibly adept at preventing long lofted balls over the line of defence, thus pinning the opposition back into their half. He is also accurate in his headed passes, attempting 3.82 per 90, often being able to snatch possession for his team as opposed to simply delaying the opposition.

In addition to his obvious defensive attributes, Long is a relatively potent offensive threat, particularly from set pieces, with his head and feet. A testament to this was his volleyed goal against new Arsenal singing Matt Turner when he played for New England. Exampling his athleticism and eye for scoring against a now Premier League goalkeeper provides an excellent snapshot for the offensively ambitious Long. He has racked up an impressive 0.17 non-penalty goals per 90 minutes in the last year, ranking in the top 3% of centre-backs for this metric.

What are Aaron Long’s strengths?


What are Aaron Long’s weaknesses?


This statistical profile paint’s a clear picture of the type of centre-back Long is. Intelligent and proactive in his defensive action, Long is an excellent bloodhound for danger. This is demonstrated by the fact that he scores far better for interceptions and passes blocked than for more aggressive acts like tackles, which is a pattern that is becoming increasingly common among elite centre-backs. Virgil Van Dijk of Liverpool also has a similar profile. Able to read and cut out danger before a last-ditch tackle becomes necessary, Long fits the mould for the current generation of intelligent centre-back.

Red Bull’s talismanic centre-back, however, lacks in his ground-based passing and other on-ball skills. A relatively poor passer statistically, the majority of passes Long plays are aerial balls, thus reflecting in his lower completion rate. If he were to look elsewhere in a season’s time, potentially to a different Red Bull club in Europe, his low pass completion rate and lack of switch passing ability would be a concern for many modern coaches.

After not making a first-team appearance until 24, to now be approaching his 30th USMT appearance with an MLS defender of the year award under his belt, Long’s rise has been romantic and fascinating. He exists as one of the best defensively-minded centre-backs on the left side of the Atlantic. Immovable in the air, with a nose for danger and a goal to boot, he adds incredible quality and surety to New York Red Bulls. Though his lack of elite ball-playing skill may ensure the MLS remains his ceiling, he’s sure to be one of the league’s best centre-backs for seasons ahead.