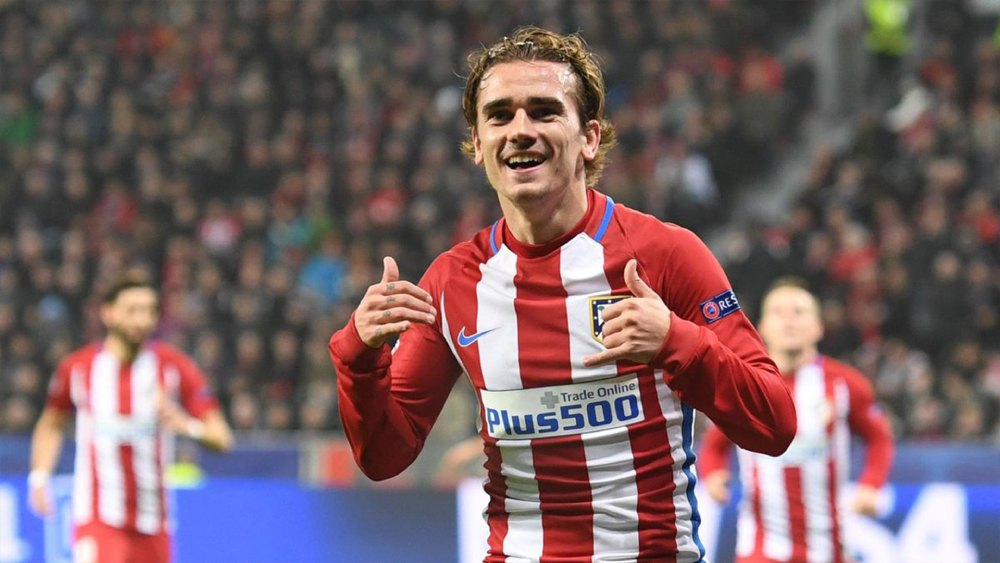 Antoine Griezmann: Underrated wunderkind yet to show his worth


Antoine Griezmann, 2018 World Cup winner with France, is currently on a two-season loan back at Atletico Madrid only two years after completing a long-drawn-out €120m move from the Madrid club to FC Barcelona in 2019. The summer before that Griezmann was linked to Barcelona, but he decided to stay at Atletico in the end, revealing his decision to refuse Barca's offer in a documentary made by a production company owned by Barcelona defender Gerard Pique. Barcelona had waited for his 200m release clause to drop to 80m on July 1 before submitting the amount in La Liga offices.

The move didn’t work out and coincided with one of the worst periods Barcelona have gone through in recent times. He played under three managers in those two years, all having different styles and philosophies and with no idea how to get the best out of him. After the €222m Neymar transfer to PSG, Griezmann was the Galactico signing who was supposed to replace him, and it didn’t go as planned. Ousmane Dembele (€125m), Phillipe Coutinho (€145m) and Griezmann were their succession plan after the Neymar saga failed miserably.

He’s a mobile forward with a high work rate and strong defensive skills. Griezmann thinks and acts quicker when he gets the ball, knowing where to be even before the pass is made. He scores goals and creates chances, popping off passes to the striker, and then makes smart runs into the box. He is an excellent passer on the ground and in the air and uses his body well to keep possession. He also tracks back and defends when he needs to. Griezmann isn’t primarily a dribbler. He is more of a passer and mover and shoots when the opportunity arises. He reads the game well and uses his high football IQ to find solutions. He progresses play by combining the striker and midfield with passes rather than carrying the ball upfield.

Griezmann was never an out-and-out striker, as some mistook him for. He is his most effective self in a no.10 or second striker position, floating behind a striker like Diego Costa at Atletico or Olivier Giroud with the French national team. He favours drifting to the right side of the pitch and cutting in onto his favoured left foot.

The biggest problem Griezmann faced was nobody knew how to use his profile to fit in with the attackers Barca had at their disposal. His best position at Atletico was that of a supporting striker, playing off a No 9 and having the freedom to roam around the pitch and get involved on and off the ball. He won the World Cup with France in 2018, playing a similar role and scored 133 goals in 257 games for Atletico. However, for Barcelona, that role is played by one of the greatest players the world has ever seen in Messi, who scored over 700 goals for them.

With Suarez as the centre forward, the only option was to try Griezmann on the left wing. Traditionally since Pep, Barcelona has always tried to attack with their full-backs high up the field and the player playing on the left-wing (like Henry, Neymar) being comfortable coming in on his right foot, with the width being supplied by the marauding left-back Jordi Alba. But Griezmann avoids using his right foot like the plague, which isn’t ideal in this scenario where he is supposed to cut inside and be a nuisance. Being pushed out wide on the left, Barca hasn’t been able to see his full potential, and his skills haven’t been utilised to the maximum.

He scored 22 times over 71 appearances for Barcelona over the two seasons, a long cry from the prolific striker he was, even for a defensive manager like Simeone. Under Diego Simeone at Atletico Madrid, he became an exceptional defensive attacker who usually scored at least 20 goals every season.

And his form didn’t recover even on his return to Atletico Madrid. He scored just three goals in 29 La Liga appearances. After 1,695 minutes, more was expected of Griezmann, especially since he is familiar with the team, the coach, the league, and arrived match-ready after playing three games with Barcelona at the start of the season before moving to the Metropolitano.

He only completed 19 tackles at a 59% success rate and got four assists with his three goals. His 29% shooting accuracy has gone down drastically compared to the high 40s and 50s he had for FCB & Atletico in the previous years. His Short Creating Actions (SCA) has gone down from 76 in the previous season to 39. His playing minutes also reduced from 2500+ minutes to 1600 minutes. He is a shadow of the player he was in the past.

Everyone knows how good a player Griezmann is, but it’s been a disappointing comeback to the Los Colchoneros, and the seeds of doubt are beginning to be sown. The worry for Diego “El Cholo” Simeone and Atletico fans is whether this is just what he has become — a pale shadow of himself.

How can Sri Lanka prepare ahead for the Asia Cup 2022