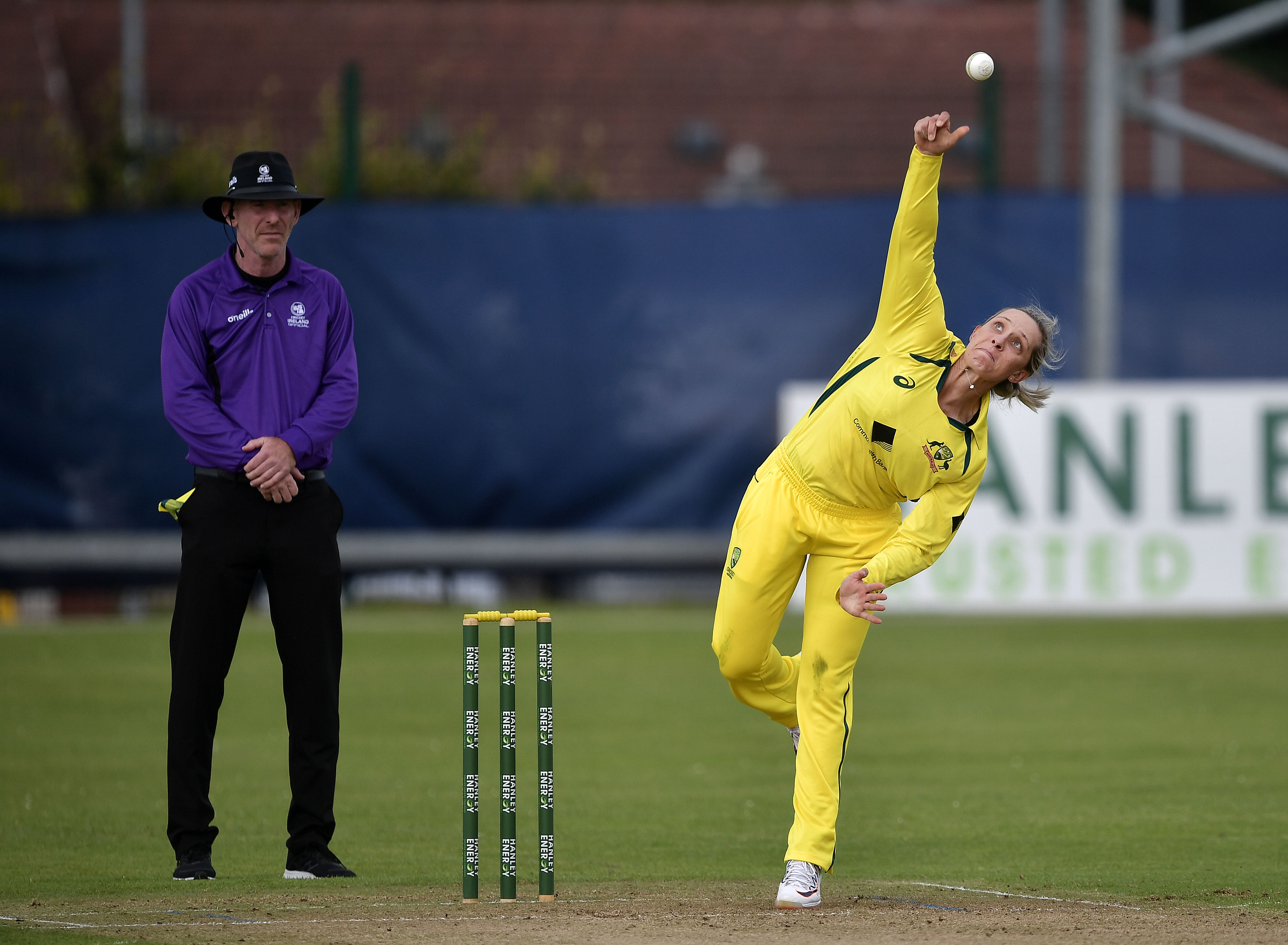 Ashleigh Gardner- the buttress of the Australian cricket team

The Australians stuttered at 38-4 when Ashleigh Gardner walked out to take guard. Their vaunted lineup of top-order batters had been blown away by Renuka Singh’s opening spell within the first 25 balls of the innings.


Even these women, with all their winning credentials, needed someone to pull off a magnificent Houdini Act to escape this perilous scenario. An Australian team that overcame every difficulty faced was left despairing.


Gardner confidently negotiated the third over of Singh, cracking a boundary from the first ball she received through the covers. She stabilised the innings and gave able company to Grace Harris, who did much of the attacking. India’s target of 155 was chased, and Gardner’s unbeaten 52 was the catalyst for a famous turnaround victory.


Australia required a flawless performance from their star all-rounder, and she had delivered to provide a winning start to their Commonwealth Games campaign. She has always furnished for Australia, ever since her debut in 2017.


Back then, Gardner was a much-heralded prospect from the hotbed of cricket that is New South Wales, renowned for her natural talent as an athlete. But in her debut T20I series against New Zealand, the young prospect struggled. The Australian Coach Matthew Mott plugged her in at No. 3 in the batting order, the role she had filled in her Sydney Sixers team. Instead of benefiting from the continuity afforded by this decision, she looked out of sorts and only managed a total of 5 runs in three innings.


The fresh-faced 20-year-old knew she needed to change something to cement her position on the national team.


Her bowling never suffered the growing pains her batting did at the international level. She played a supporting role in Australia’s superb battery of bowlers has paid dividends for her. In ODIs and T20Is, she has mastered the art of restricting opposing batters while consistently taking wickets at a rate of about 25.

She was given the new task of bowling in the Powerplay at the beginning of the Commonwealth Games. Bowling to a plan, she has been vital to her team, restricting opposition batters through her metronomic accuracy as an off-spinner. Her frugal opening sessions set the tone for Australia's victories over Pakistan and Barbados in group play.


Her hunger for success will not come as a surprise to anyone familiar with her background. Hailing from a family with Muruwari heritage, she became the second-ever female cricketer of Aboriginal origin to represent Australia after Aunty Faith Thomas in 1958.


Cricket has always lagged behind other sports when it comes to participation from indigenous communities, many in the community being unable to cover the high costs that came with it. Gardner grew up in relative affluence, but she is very aware of her social and cultural importance on the Australian national side.


She credits Cricket Australia for making the national side a welcoming place for her and for trying to embrace Aboriginal heritage wholeheartedly. She was right at the forefront when Australia trotted out their first ever kit containing indigenous symbols in 2021 and led the ceremonial barefoot circle that preceded the start of every limited overs match that summer.


Five years into her career, Gardner is entrenched in Australia’s leadership group and an inspiration to many aspiring cricketers in her community. She is indispensable for Australia, her place in the team beyond any contention. Yet her career statistics are marked by the lack of a single century or five-wicket-haul. However, this is not an indictment of her talents. Her versatility with the bat and ball lends her skipper a perfect weapon to use sparingly.


Early in her career, it was not uncommon for her to bowl out her full quota of overs in ODIs, but since the start of 2019, she has only bowled out three times only. Recently in ODIs, she has embraced a floating role, batting at numbers 3,4,6 and 7 in just 2022.


She is still yet to stitch together a run of form that can elevate her to the highest echelons of limited overs batting, but the talent to do so is undeniably present. This vital dual role, filling in after the batting and bowling stars, has not gone unrecognised. She took home the Belinda Clark award for Australia’s leading female player in January 2022, no mean feat considering the stiff competition she received from her illustrious teammates.

At 25, Gardner already has a trophy cabinet full of impressive accolades. She won the Women’s World Cup in England earlier this year and the Women’s T20 World Cup in 2018 and 2020. In the 2018 final, she was at her stunning best, scalping three wickets for 22 runs and then guiding Australia home with 33*(26), chasing 105, batting at No. 3.


This was hardly a year after she had failed to score more than five runs against New Zealand, batting in the same position. Since then, she has advanced, and her growth is undoubtedly not yet complete.


With Captain Meg Lanning and Vice-Captain Rachael Haynes entering the twilight of their international careers, Gardner may still have to add to her already long list of duties. If and when that time comes, the proud Bankstown Muruwari woman won't be intimidated by the thought of becoming the first Australian cricket captain from an indigenous group.


It seems like nothing can stop her from realising her potential to become a great Australian cricket player and an icon of Aboriginal sport because she is already on the right track.