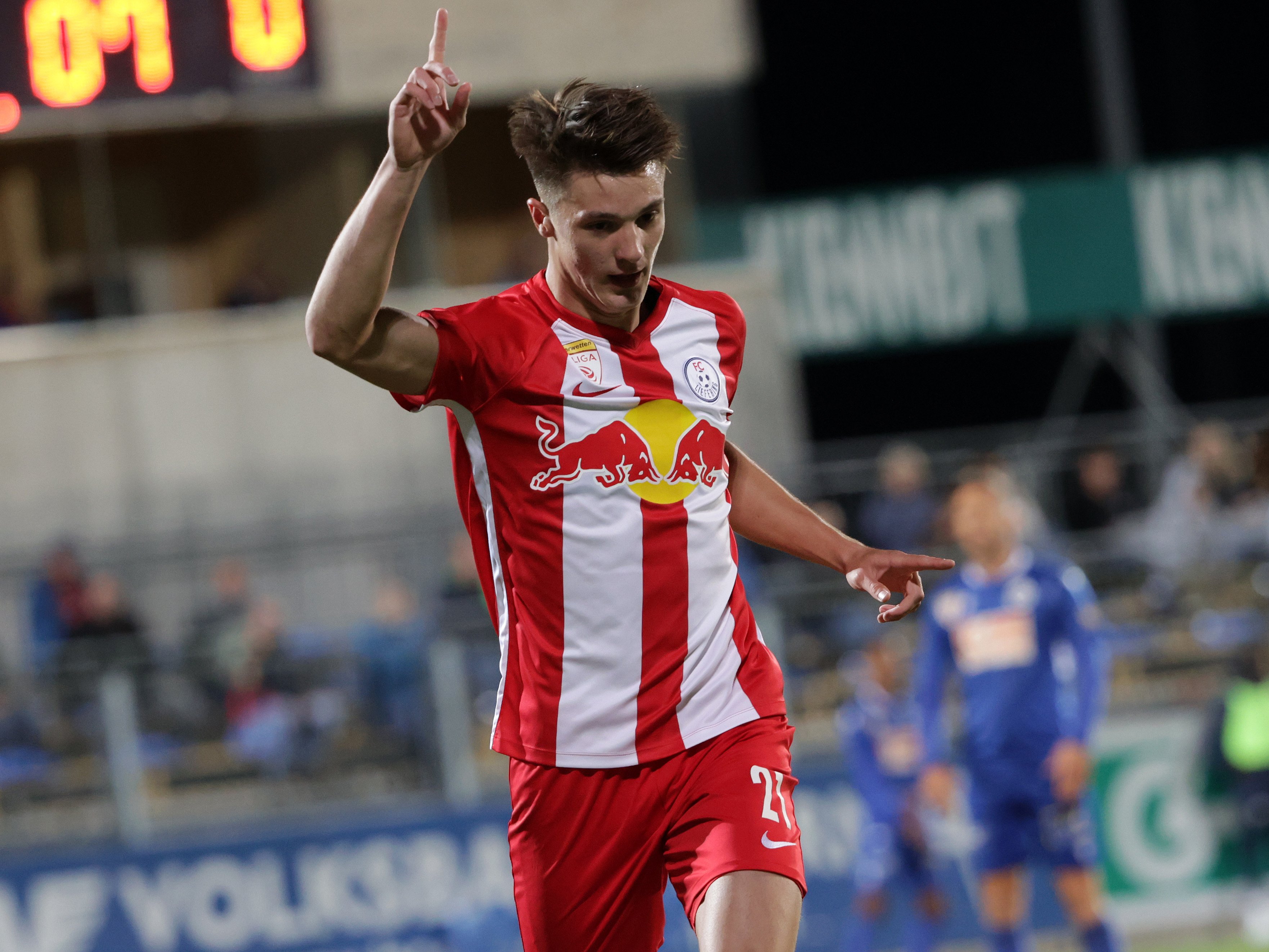 The Red Bull group of football clubs have been a hotbed of exciting talents. Players coming from this system include Sadio Mane, Dayot Upamecano, Erling Haaland, Karim Adeyemi, Marcel Sabitzer, Patson Daka and many others. RB Salzburg is the stepping stone for all the talents in the Red Bull group.

Since Red Bull took over, RB Salzburg has dominated the Austrian Bundesliga, and they have been quite effective at replacing the players they have sold. When Erling Haaland was sold to Borussia Dortmund, Patson Daka replaced him. When Daka left, Karim Adeyemi replaced him. Now that Adeyemi has left, the next player from their massive conveyor belt of talent is Benjamin Sesko.

Benjamin Sesko was signed as a 16-year-old from the Slovenian club NK Domzale for €2.5 million. He was loaned to FC Liefring, the affiliate club of RB Salzburg in the Austrian second division. Sesko took the first steps of his development at Liefring. He scored 21 goals in 29 appearances in the 20/21 season. In the 21/22 season, he was promoted to the Salzburg first team and played over 1000 minutes. Now that Karim Adeyemi has joined Borussia Dortmund, he is ready to take over the mantle as the central striker.

Though many European clubs are eager to sign him in the summer transfer window, these plans could alter. Some clubs include Barcelona, Real Madrid, Manchester United, Atletico Madrid, Newcastle United, Chelsea and finally RB Leipzig.

Sesko is a tall and fierce striker with a blistering pace and good movement in the penalty area. His style is somewhat similar to that of Erling Haaland. However, he is more than just a battering ram striker. He can adapt himself to different attacking systems. He can lead the line by himself, drop deep and bring his teammates into play, run the channels and drive his team forward through dribbles.

Although he has an unorthodox dribbling style, he successfully drives the team forward. All of these attributes at 19 make him an exciting prospect. Sesko primarily plays on the left of the front 2 in the 4-2-2-2 formation used by RB Salzburg. One of the biggest strengths of Sesko’s game is the ability to stretch the length of the pitch with his ability to run behind the defence. He has exceptional acceleration and has achieved a top speed of 36.1 km/h.

In the 4-2-2-2 system, verticality in possession is a vital virtue, and it helps Sesko get into advantageous positions any time during the game. Red Bull teams train with a shot clock of 10 seconds. The main aim is to score a goal within 10 seconds of winning the ball. This method helps the team to execute direct attacking patterns efficiently. This system has helped Sesko develop his attacking movement and pressing ability as the system involves aggressive counter-pressing aiming to win the ball back as high up the pitch as possible.

Delving deeper into Sesko’s attacking movement, he has excellent spatial awareness and takes up significant positions, occupying pockets of spaces in and around the final third. This trait allows him to receive the ball in dangerous areas where he can drive forward and score or find his teammates in better positions. His excellent spatial awareness comes into play when he drops deep to receive the ball. He is press resistant and carries the ball forward efficiently. He can make line-breaking passes to find teammates making runs from deeper positions. Along with his awareness, Sesko has a good leap in him.

Although Sesko is a Swiss Army knife, his game has certain drawbacks. His hold-up play has to be improved. Even though he excels at dropping deep and establishing connections between plays, he occasionally loses control of the ball in confined areas. He is unable to escape because of his build, making ball control inconsistent.

Even though Sesko has a good leap in him, he struggles to control the ball in the air, misjudging the flight of the ball, and he is unable to control it. This affects his hold-up play as well as makes him a suspect in one on one duels. Although he had a good turn of pace, Sesko doesn’t look around when he is running with the ball.

Thus, he is not able to find teammates who are in better positions at that time. He doesn’t scan his options and is one-dimensional while running with the ball, making his game predictable.

Sesko is not a perfect player, just like any other athlete his age. His game has a lot of inconsistencies that need addressing. He is talented and has a bright future ahead of him. But at the moment, moving to a bigger club doesn’t feel like the right option for him. Sesko needs to stay at RB Salzburg for one more season and develop his game further. Don’t be surprised to see him scoring for fun at a big club in 2-3 years!