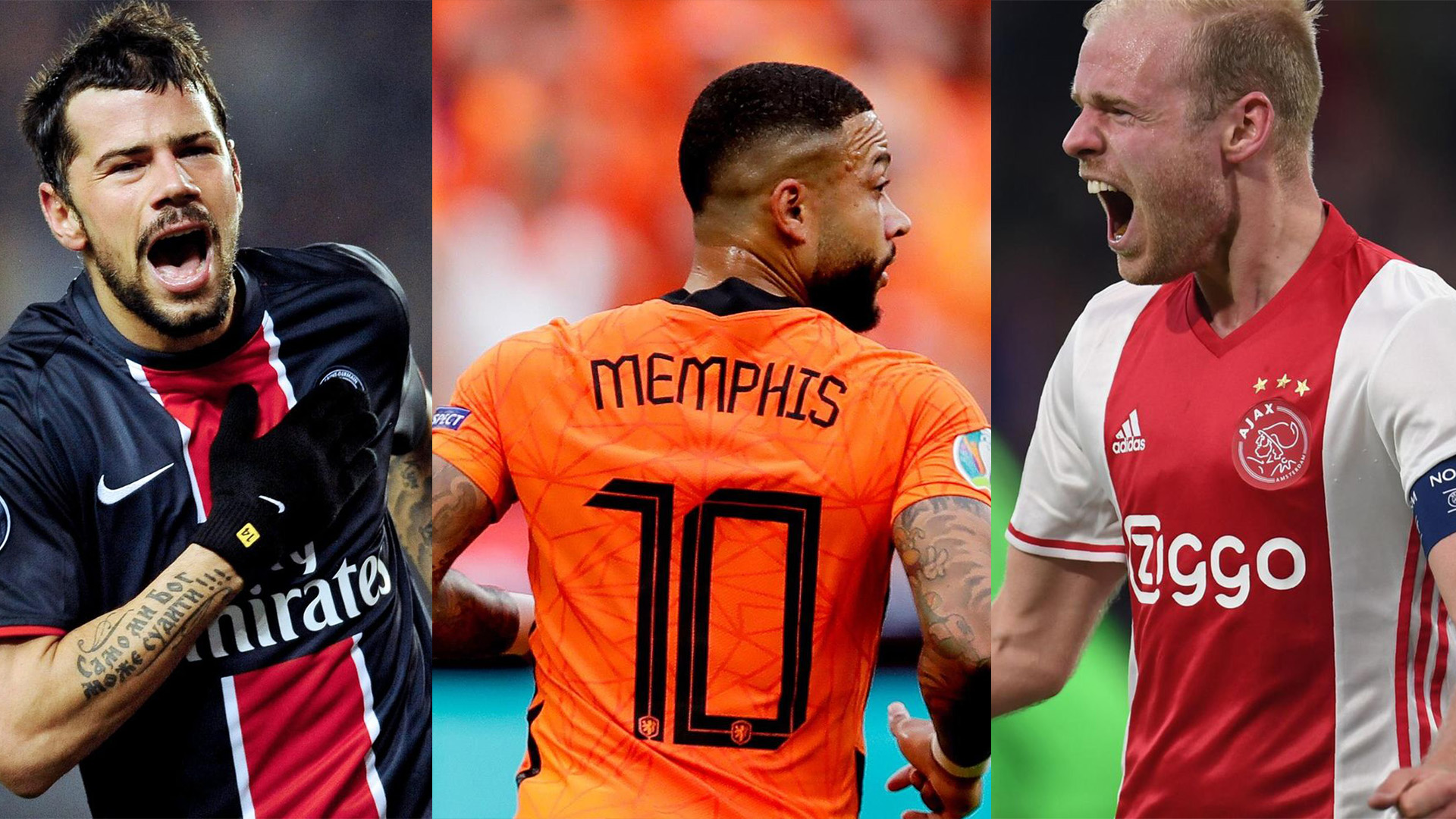 The English Premier League is considered one of the most challenging leagues in the world. The pace and physicality of the league are a notch above the rest of Europe. Players from other leagues have difficulty adjusting to the English game, especially if outside of the top five leagues of Europe, like the Netherlands, Belgium etc.

The Dutch league is a breeding ground for young talent. It was home to many talented and exceptional players like Ronaldo Nazario, Edgar Davids, and Zlatan Ibrahimovic, among others. Even the Premier League has seen its fair share of Eredivise imports, including Christian Eriksen, Luis Suarez, Moussa Dembele (the Belgian midfielder), Ruud Van Nistelrooy, etc. But there have been a lot of cases of players failing to adjust in the Premier League. In this article, let’s look at nine players who struggled to adapt to the Premier League.

Memphis Depay, an extremely talented player, arrived at Manchester United in 2015 for a reported fee of £25 million. He got the iconic No. 7 jersey after Angel Di Maria left for PSG. Memphis struggled to settle in Manchester. He had difficulty adapting to the tight schedule and said, “There are very few rest days. On training days, you are mainly concerned with recovering. It's heavy, two games a week, always at a high level, and my body has to get used to that.” Assistant manager at that time, Ryan Giggs, blamed his lavish lifestyle for his poor form. He was later sold to Lyon for £16 million. He has carved out an astonishing career for himself after leaving Manchester.

Mateja Kezman was an absolute goal machine at PSV, scoring 81 goals in three seasons, and formed an excellent partnership with Arjen Robben. They were called ‘Batman and Robben’. He arrived in Chelsea in 2004 as a part of the massive influx under Jose Mourinho. Even though he won the league in 2004/05, he struggled to have a significant impact. He scored a meagre four goals in 24 goals. He was sold to Atletico Madrid next season. Kezman has strangely said that he enjoyed his time in London, even though he failed to make an impact.

Davy Klaassen was said to be one of the best No. 10s outside the Top 5 leagues in Europe. He was the captain of Ajax in 2015 and was a part of the squad that made it to the 2017 Europa League final. The midfielder joined Everton for a reported £23.6 million and struggled from the beginning of his spell. He was essentially the third choice behind Rooney and Sigurdsson. Along with that, he did not meet the physical demand of the league. His bad run of form continued in the Europa League. He was unable to improve and was moved on to Werder Bremen. Now he is back at Ajax and has revived his career.

One of two January signings on the list, Afonso Alves joined Middlesborough from SC Heerenveen for €12 million. He had enjoyed a productive spell at SC Heerenveen, scoring 45 goals in 39 appearances. Life at Riverside started well for Alves, scoring twice against Manchester United and a hattrick in the famous 8-1 win against Manchester City. But in the next season, his form fell off. Middlesborough was relegated. He left for Qatar in 2009 and saw the rest of his playing days in Qatar. He had a few attitude issues at SC Heerenveen, which may have seeped into his game at Middlesborough.

Jozy Altidore was a wonder kid when he signed for Villarreal in 2008. His transfer fee eclipsed the fee paid by Fulham for Clint Dempsey, making him the most expensive MLS sale at the time. In his first foray on English shores, he joined Hull City in 2009 on a season-long loan. But he failed miserably, managing to score once in 28 appearances. He found his goal-scoring touch again at AZ, scoring 39 goals over two seasons. He was then snapped up by Sunderland for around $13 million, a club record at that time. Once again, he failed to adapt to the English game, scoring 1 goal in 42 appearances. He barely played in his second season and was moved to Toronto FC, where he enjoyed a successful time.

The second January signing on the list, Steven Bergwijn joined Spurs from PSV Eindhoven for a reported £26.7 million in January 2020. He had a great start to his time in North London, scoring on his debut against Manchester City. But injuries and constant managerial changes failed to nail him down a starting position. The pragmatic systems of Jose Mourinho and Nuno Espirito Santo were of no help either. When Antonio Conte arrived in November 2021, he showed flashes of brilliance but then eventually fizzled out. The arrival of Dejan Kulusevski pushed him further down the pecking order as Kulusevski complemented Kane and Son very well. He left Spurs in July 2022 to join Ajax and became Ajax’s record signing.

Alireza Jahanbakhsh joined Brighton and Hove Albion for a club-record fee in July 2018. Before joining Brighton, Jahanbakhsh finished as the top goalscorer in the Eredivise, scoring 21 goals for AZ. But his first season at Brighton didn’t go to plan. He failed to score or assist in 25 appearances. Injuries didn’t help his cause. After the arrival of Graham Potter in 2019/20, he found himself out of the matchday squads. He did have one moment of magic, scoring a bicycle kick against Chelsea. But overall, he was nothing more than a bit part player. He left Brighton in 2021 to join Feyenoord, where he has failed to find his form scoring a measly four goals in 27 appearances.

Siem De Jong joined Newcastle United from Ajax for £6.5 million. He was the club captain at Ajax and had a good scoring record even though he mostly played as an attacking midfielder. His three-year spell at Newcastle was marred by injuries. De Jong suffered a thigh injury, which ruled him out for a few months. He suffered from a collapsed lung and had an accident with his eye. This string of injuries did not get him a consistent run of games in the team. He was signed on a 6-year deal by Newcastle in 2014, but in 2017, Ajax resigned de Jong, thus bringing his nightmare spell on the Tyneside to an end.

How will Bangladesh fare in this year’s Asia Cup?

India’s Aditi Ashok, and Diksha Dagar, among others set to pace with the world’s best women golfers at AIG Women’s Open