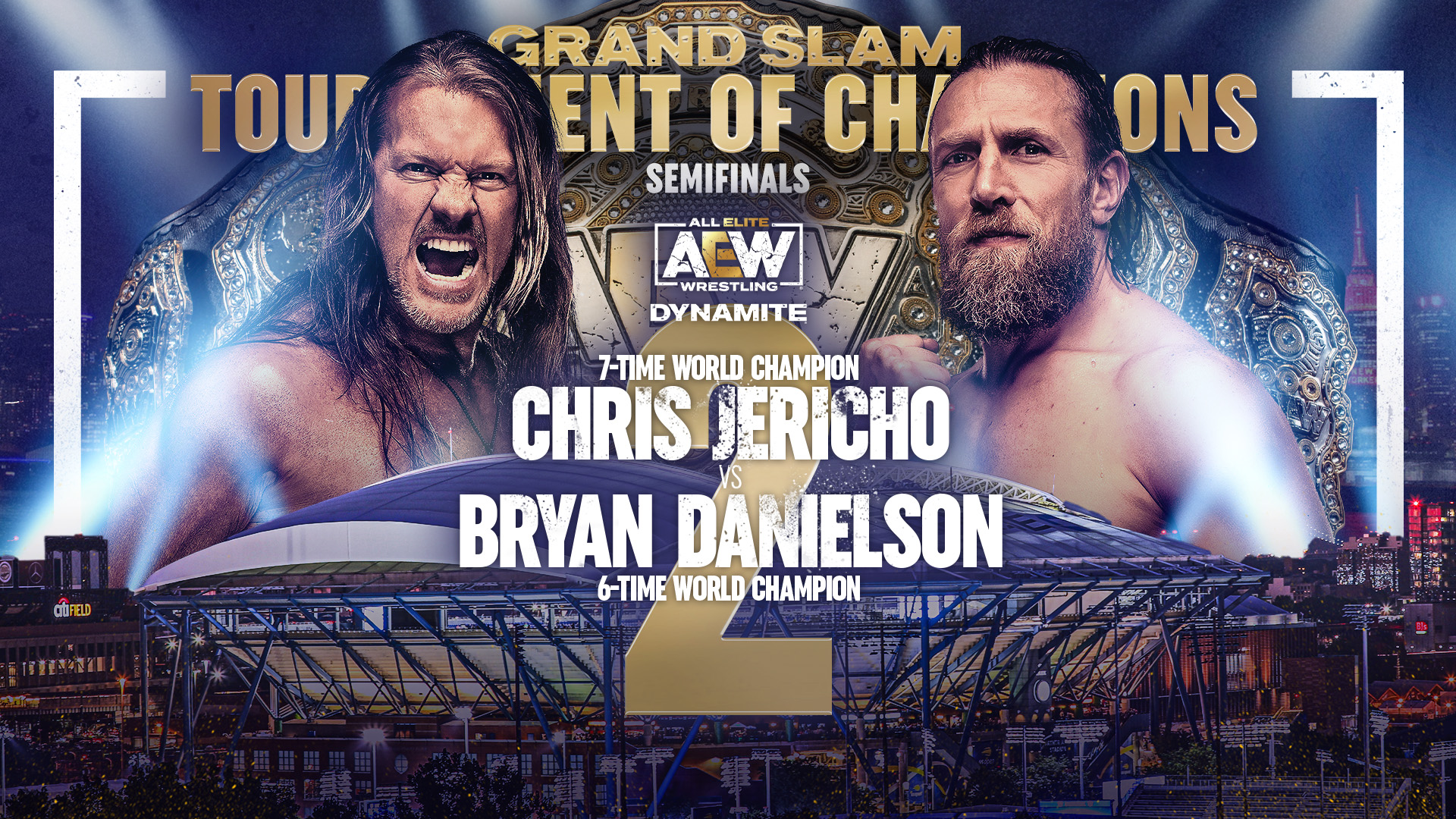 AEW Dynamite's yesterday’s episode had big matches as the Tournament of Champions was about to present its finalists. This week the show is at Albany, New York's MVP Arena. The commentary team for the show consisted of Excalibur, Taz, and Tony Schiavone. William Regal was the fourth guest commentator for the matches that involved his Blackpool Combat Club members.

What are the things that happened? Let us find out.

Promo of the Night: MJF at it, again!

MJF was frustrated on this show as he came out to cut his promo abruptly. He expressed his disappointment mainly with Jon Moxley, who he said was now in the showers, not listening to him.

MJF was angry that other wrestlers like Moxley played an on-screen character that wasn't real.

MJF dares to say that Moxley got raised by uneducated and poor people. He claimed he wasn't the same inexperienced performer anymore. When they first met in 2020- He was still a kid, but now he is a man. MJF doesn't stop here. He goes on disrespectfully to talk about Moxley's well-documented addiction issues of the recent past. After his one-way rant, he introduces his stable for hire that helped him win the Battle Royale for a future World Title shot.

The Firm, led by Stokely Hathaway, comes out to cut a promo about its members. The picture is clear now that MJF is not with them, but he just hired them to do his bidding at All Out.

Match of the Night: Tournament Of Champions Semifinals- Chris Jericho vs Bryan Danielson

In the main event, we had the final bracketed bout of the anticipated tournament. The winner of which would progress to the finals of the Tournament Of Champions next week. Danielson starts rapidly by firing up his lethal-looking kicks sending Jericho in the corner. We get a glimpse of the man who has caused a rift between the performers in the ring, Daniel Garcia, keenly observing the contest in the back.

Bryan hits the running dropkick. It takes Jericho some time to get some ground to recover, but he eventually fights back. Despite Jericho's efforts, he gets taken to the outside with Danielson focusing on his arm. They go back inside. With the help of a missile dropkick, Danielson attempts the Swan Dive for the referee's two.

Jericho regains control with a beautiful-looking German suplex that transitions into the triangle dropkick. The two then go for chop-offs, which pumps up the crowd. Both men hit each other with stereo crossbodies. They are flat on the floor as we go to a commercial break. Upon returning, we get to see Jericho perform a super hurricanrana. He tries to hit the Judas Effect but gets countered into a reverse suplex for two.

Danielson's Cattle Mutilation is unable to put an end to Jericho, so the American Dragon picks out to fire off the Hammer and Anvil elbows from his arsenal. This time veteran Jericho reverses Bryan's offence into his own to hit a Codebreaker. It was not that effective. Danielson gets back up and hits the running knee. Both of them take some time to get back up. Jericho drops Bryan over the top rope, sending him to the outside. The landing doesn't look good as Danielson grabs his ankle, indicating he has injured his leg.

The ringside doctor rushes in to check up on him, but Jericho would not have any of it. He is adamant about damaging Danielson's leg, so he hits it several times and then wraps his legs around the ring post. Back inside the ring, Jericho tortures the injured leg by going for a half-Boston crab. Danielson tries to escape, but he gets put into Figure Four. Somehow, someway the BCC member escapes trapping Jericho into the LeBell Lock. Bryan forces Jericho to tap out, ending the contest at 19:40.

Moment of the Night: Moxley and Danielson

Regal says it has been a proud night for the Blackpool Combat Club, as earlier in the night, Jon Moxley defeated Sammy Guevara convincingly in the semis of the Tournament of Champions.

Moxley had to elevate his A game to match the ariel prowess of his opponent. Before the show, Guevara, in a pre-taped promo package, talked about how he had to win this contest to earn his impending title shot. Sammy gave his everything to snatch a victory for himself. So it was not surprising when Tay Melo and Anna Jay rushed in to create a distraction low blowing Moxley for a two-count. We don't know how Moxley kicked out of that one, but when he did- there was no chance for Guevara to turn the tides. A Death Rider ended all of Guevara's hopes, for now, in the most brutal way possible.

It was another spectacular match and deserved to be in our "Match of the Night" category, but we can only have one Match of the Night. So, the star power of our chosen one precedes Moxley vs Guevara.

Moxley came out quickly after Danielson won to have a staredown contest before facing the man standing victorious in the middle of the ring at Arthur Ashe stadium.

William Regal looks rather anxious as both of them reach out for a handshake that ends the show. Next week we will have both members of the Blackpool Combat Club take each other on for the vacant AEW World Championship.

After a great match, Danielson will have to carry out a leg injury that adds some drama for next week's critical contest. Moxley might be the favourite going into the match. Danielson could surprisingly come out on top,

Brennan Johnson: The next superstar striker with the potential to play for big clubs