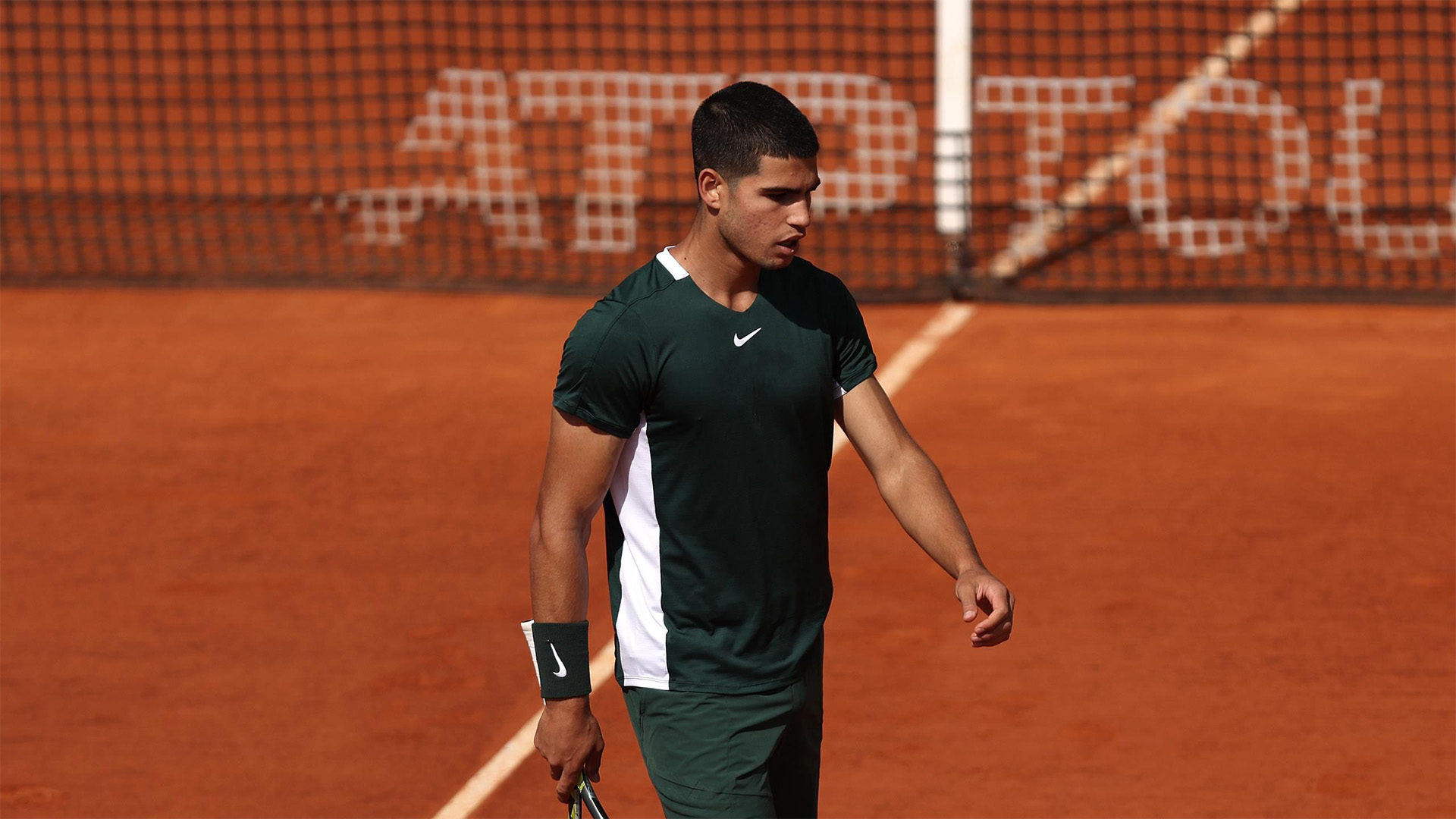 Before the applause, there was silence. Sunday night, Carlos Alcaraz lost to Jannik Sinner 7-5, 1-6, 1-6 at the Umag Open final in Croatia.

A 20-year-old beating a 19-year-old in an ATP 250 final would usually fly under the radar. Men’s tennis has seen a lot of promise over the last decade and a half. Many have shown glimpses, looked like prospective challengers to the top tier of the competition, but rarely captured the imagination for long enough. At the other end of the spectrum, the Big Three have raised the bar with every tournament.

This final, however, was different. Jannik Sinner played the Australian Open and Wimbledon quarter-finals this year. In the latter, he was two sets up against Novak Djokovic. Everything about him -- the precision of his serve, the strong baseline game -- screams potential.

And then there is Carlos Alcaraz. He is, simply put, the most exciting thing in men’s tennis right now. The callow teenager who needed three qualifying matches to enter the French Open main draw last year is now the number five ranked singles player in the world. There is a quiet disappointment about his loss here at Umag. The expectation of winning such tournaments is probably a direct result of his standards for the last eighteen months.

Alcaraz has grabbed the present before we could label him as the future. He darted from a hopeful youngster at the first two Grand Slams in 2021 to beating Stefanos Tsitsipas at the US Open last year. He was ranked 55 that morning. Out of context, it could barely be called a coming-of-age performance. Just an upset, that’s all.

Alcaraz hadn’t visited New York before the US Open last year. By the time he flew back to Spain, he had left his mark on the tournament, not least on Hawkeye data. Throughout the two weeks, his forehand was three miles per hour faster than the men’s average, his backhand five.

If this seemed like a prodigious rise, Alcaraz has had a start to 2022 that most athletes don’t dare to dream of. Between the Australian Open and French Open, he won four ATP titles in four months. When he won in Barcelona in April, Alcaraz became the youngest player to breach the top 10 rankings since Rafael Nadal.

Poetically enough, Nadal got the crown by winning at Barcelona on the same day in 2005. Then, before the sweat from Catalunya’s sun had even dried, Alcaraz won the ATP Masters 1000 in Madrid. He became the first player to beat Nadal and Djokovic consecutively on clay. Heading into Roland Garros, Alcaraz had a 28-3 record in the season.

The French Open could be considered an exercise in futility for anyone not named Rafael Nadal. On a rare year, there are whispers of a contender, but that too usually involves Nadal carrying some injury. In a functioning state, Nadal is peerless.

But not this year. The Madrid Open was fresh in everyone’s minds. A young tyro playing high-risk tennis does not just take apart two greats of the game. The resemblance to a young Nadal was unmistakable.

Alcaraz eventually lost to the much more established Alexander Zverev in the quarterfinals. The result was still upsetting because he was no longer a potential superstar. He was the here and now, a challenger for titles and slams.

Even at Wimbledon, there were glimpses of his genius, points won from technically and athletically impossible positions. Alcaraz met Jannik Sinner in the fourth round there as well and lost. If this can transform into another decade-long rivalry at the highest levels of tennis, we fans would have watched something spectacular.

“When you see somebody at his age who can hit the ball that big already off both sides and moves that well, it’s close to unique,” said Paul Annacone, who coached Pete Sampras and Roger Federer. “To me, his backhand is better than his forehand. He misses his forehand. It’s huge, but he misses it. He doesn’t miss the backhand much at all. Sometimes I wonder, and I don’t mean this in a bad way, whether someone who plays like that is fearless or doesn’t have any tennis IQ yet. That’s the unknown, but if you look at the kid’s tools, once he understands how to open up the court, use short angles, and realise he doesn’t need to blast everything, it will be pretty scary.”

The failure to defend his Umag title will sting Alcaraz. While he can look at the Grand Slams in wonder -- he only played his first last year -- ATP titles should start becoming his bread and butter. This feels like an unfair halo to put on a teenager. But Alcaraz has reached a point where he will not be judged on the performances of his peers. He has barged into the tennis field of sight with a brilliant glow tailing him. It is hard not to get swept off your feet.

Carlos Alcaraz is electric. One almost feels he is itching to move, willing the ball into his hitting arc. If he could, he would play both sides of the court by himself. To paraphrase a quote from a famous cricket writer, if there is ever a power shortage at one of his tournaments, you could just connect the power supply to Alcaraz’s veins.

Growth is rarely linear. In sports, even less so. Since he first picked up a racquet, aged three, Alcaraz’s growth has been dramatic in its speed. By 14, he was already winning ATP points at an event in Murcia. He played that tournament because it was close to home and before long, former world number one Juan Carlos Ferrero was coaching him at his academy. Within three more years, he was hitting cross-court forehand winners at the Australian Open.

Last night, the crowd at the Goran Ivanisevic Stadium clapped Alcaraz off, knowing that this is just the beginning of a thrilling journey. Like the feeling of holding something precious and fragile, there was initially a reluctance to cast him as the next-in-line, but not anymore. After the first seven months of 2022, the Carlos Alcaraz hype train is real and almost as fast as his feet.