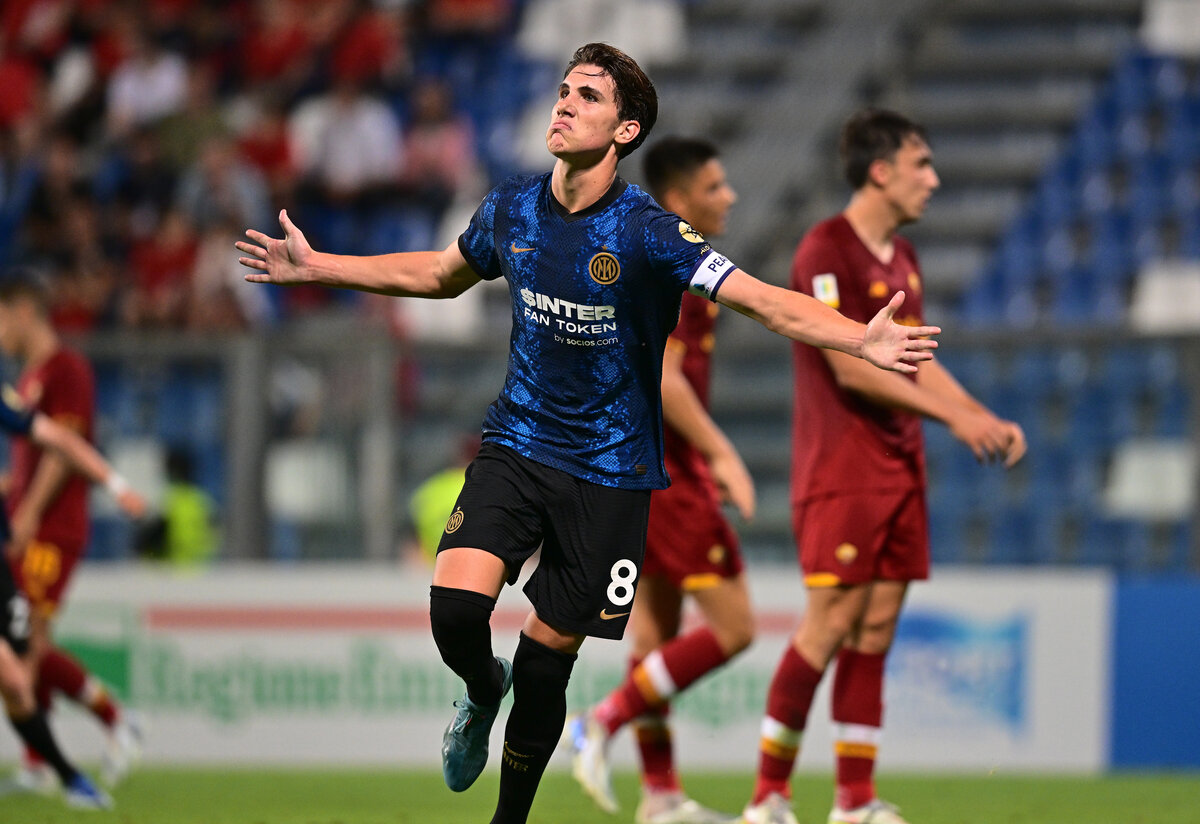 
Cesare Casadei has joined Chelsea in the Premier League for £12.6m from Inter Milan. At just 19 years old, Casadei is already being tipped for future stardom after he caught the attention of European giants with his performances in Inter Milan’s youth team.


Many are saying that the Italian midfielder is already ready for men’s football, referring to his height and build, making him stand out from the rest of the pitch.


Playing as a box-to-box midfielder, Casadei notched up 17 goals and five assists in all competitions last season. This helped his side come second in the Primavera 1, the U-19s top flight league in Italy and helped them win the Campionato Primavera Fase.


His performances throughout the season caught the eye of Chelsea. His presence is felt throughout the pitch as his well-rounded game made him a valuable asset to his team.


Unfortunately, this didn’t allow him to break through into the first team, which most likely explains his move to London.


He also turned out for Italy at the most recent UEFA Euro U-19 Championships, where he impressed his country as they reached the semi-final, where they lost to the eventual winners. England.


Despite not contributing to goals, he made an impression with his authoritative style in the midfield, even racking up ten fouls committed and a yellow card for his troubles.


Casadei is a physical, energetic, and imposing player who plays as an ‘eight’ for his side - this allows him the license to roam the pitch, go forward, and make marauding runs in the box for crosses.


These runs have allowed him to chip in with these contributions, making him a source of creativity and goals. He’s an incredible player in the transition from defence to attack and allowing for a quick build-up.


At six foot one, his physical stature allows him to impose himself on the opposition. This makes it a challenge to get the ball off him or challenge him in the air - it also helps with his on-the-ball ability, making him a powerful dribbler who is hard to shrug off the ball.


Described as a leader for his imposing character, Casadei is a force in the midfield who can change and dictate the game so well as he can break up the opposition attacks and their momentum.


This tenacity makes him an effective player, but his temperament is a massive weakness of his game. Despite not being sent off, he does have a habit of throwing himself into challenges, racking up eight yellow cards last season.


Along with his unproven worth in the men’s game, he does count as a risky signing as he could either struggle or excel if given the chance. However, people tip him to feel right at home in senior football due to his physical build and undoubted talent.


Even though he is unproven in men’s football and has temperament problems, some of the time, he is a very talented individual with a lot of pedigree and potential.


At just 19, he is already being raved about and touted as becoming one of Italy’s most important players in years to come meaning there is a good reason for Chelsea fans to be excited.


He might make sporadic appearances for ‘the Blues’ throughout the season, but he will undoubtedly leave an impression on his new managers, peers, and fans.


A good buy for the future, it will be interesting to see how he develops at Stamford Bridge under Thomas Tuchel.