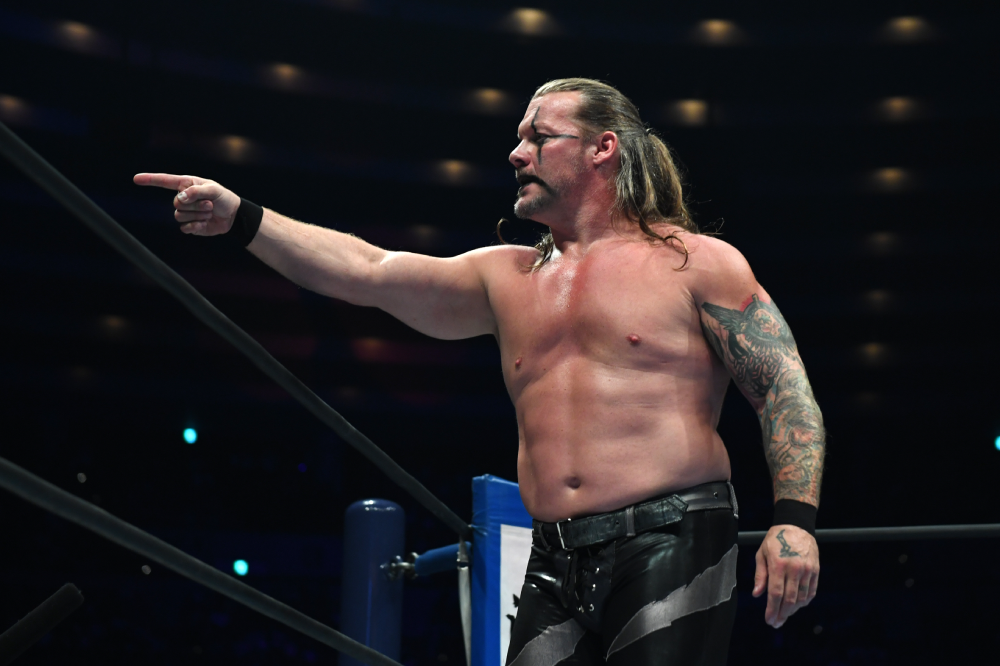 Chris Jericho: The best pro-wrestler even after 50


Having begun his career in the more technical and extreme battlegrounds of Mexico and at the purist fighting hub of Frontier Mixed Martial Arts Wrestling during the early 1990s, the influences of those times can still be seen on the veteran Y2J. He eventually travelled to WAR in Japan, which gave him access to ECW before Extreme Championship Wrestling could link up with AEW.


Apart from having wrestled in memorable matches against Rob van Dam, Perry Saturn and Tazz, the Canadian also won the ECW World Television Championship. It was a very fruitful stint at an organisation, which was not just known to be ‘extreme’ - as the name suggests, but ECW represented a certain rawness, right up Jericho’s alley. He didn’t just show off his technical wrestling skills but could also prove his mettle on the mic - an asset which continues to prove worthy.


Following ECW, the spell at WCW from 1996 onwards put Jericho well and truly on the map. He held the Cruiserweight title and had a memorable feud with Dean Malenko, who has forever been revered as one of the best pure wrestlers in the industry. Excellent matches and some memorable promos on the mic meant that Jericho became a star at WCW and became known as someone who can decimate his opponent in whatever way possible.


He also held the World Television Title for about three months, and as part of his global appeal, he also went on to debut at New Japan Pro Wrestling while being a WCW roster member.


In 1999, though, Jericho shot to fame for a truly global audience. The WWF, entering the famous Attitude Era for being at the peak of unfiltered wrestling entertainment, was right up Jericho’s alley. He debuted in WWE as someone who was going to save the company, and after winning the Intercontinental Championship from Chyna, he was in the main events. But by 2001, Jericho had won the Intercontinental title four times, and post-Wrestlemania, he also won the World Tag Team Championship.


To many, the Invasion angle in 2001 wasn’t a hit whatsoever. But Jericho was one of the few wrestlers who benefitted from the angle which saw WCW and ECW siding with each other to take on WWF. As it was during this era that Jericho did what has still not been done - winning the World title and WWF title on the same night. It took place at Vengeance 2001, as Jericho beat lofty figures such as The Rock and Stone Cold Steve Austin and became the first-ever Undisputed champion in the company’s history.


Following that historic success, even though Jericho could not reach the same height, he would always lurk around the title picture and have Intercontinental title matches till 2005. The Canadian remained absent from the industry for a few years when his contract with WWE expired.


He returned in 2007, though, and months later, won the Intercontinental title by beating Jeff Hardy weeks before 2008’s Wrestlemania. It was from 2008 onwards that Jericho’s character grew into a heel who loved being disliked, as evident from his excellent feud with veteran Shawn Michaels. It culminated in a memorable World title match at No Mercy 2008. He famously damaged Michaels’ eye, adding more heat to the rivalry and helping Jericho embrace a new character.


By the time he became one-half of the Unified Tag Team titles with the Big Show, Jericho had become one of the company’s top heels. And in 2010, he reclaimed the World Heavyweight Title after a triumph in the Elimination Chamber. Months later, his second exit came following a match with Randy Orton, but the game was far from over for the veteran.


He returned in 2011 to feud with CM Punk, and Jericho embraced the heel persona once again, as he mocked CM Punk for being ‘straight-edge’. Despite his taunts, Jericho could not win the WWE Championship.


It was in 2016 that Jericho’s career and character witnessed a new change. He would carry a famous ‘List of Jericho’, and if someone annoyed him, he would write down their name on a list that he would carry and would remark, “you just made the list”.


This career shift proved incredibly popular and has gone down as one of Jericho’s most impressive characters as he helped Kevin Owens win the Universal Title and worked with the fellow Canadian for a good while. But after their friendship ended in rivalry, Jericho soon ended up leaving WWE for one last time and indulging in other creative expressions such as releasing his album ‘Fozzy’.


But leaving WWE didn’t mean all was done in Jericho’s career. He joined NJPW in 2017, and right on his arrival, he challenged the ever-popular Kenny Omega. It culminated in a five-star match on January 4, a moment which will go down as one of the most memorable matches of his career. In 2018, he did pick up the NJPW Intercontinental title by beating Tetsuya Naito.


In 2019, though, Jericho’s career witnessed another resurgence. He became the emblem of the newly-started All Elite Wrestling (AEW) and became the AEW World Champion in the summer of 2019.


Arguably, the one thing that AEW should be thankful to Jericho for is how he has worked with the younger talents of the company. He did that while being the World Champion, as he allied with Sammy Guevara, Ortiz and Santana. The connections he had made, or what Jericho termed the "Inner Circle," had also led to an outstanding feud with the fledgling MJF in 2020. He continues to help build the upstarts even in 2022, with the help of a coalition called the ‘Jericho Appreciation Society’.


Jericho’s unique and often-versatile persona has always made him either a lovable face or a despised heel and that has been true throughout his career. It is a rare intangible to have in the industry, and it isn’t as if he doesn’t have tangible accolades in his bag either. Along with notable names such as Edge, Kurt Angle, Randy Orton, Rey Mysterio and Jeff Hardy, Jericho has won the WWE Grand Slam by picking up every major title in the company.


The fact that he is still relevant past 50 is a hallmark of Jericho’s greatness, as he continues to go strong.