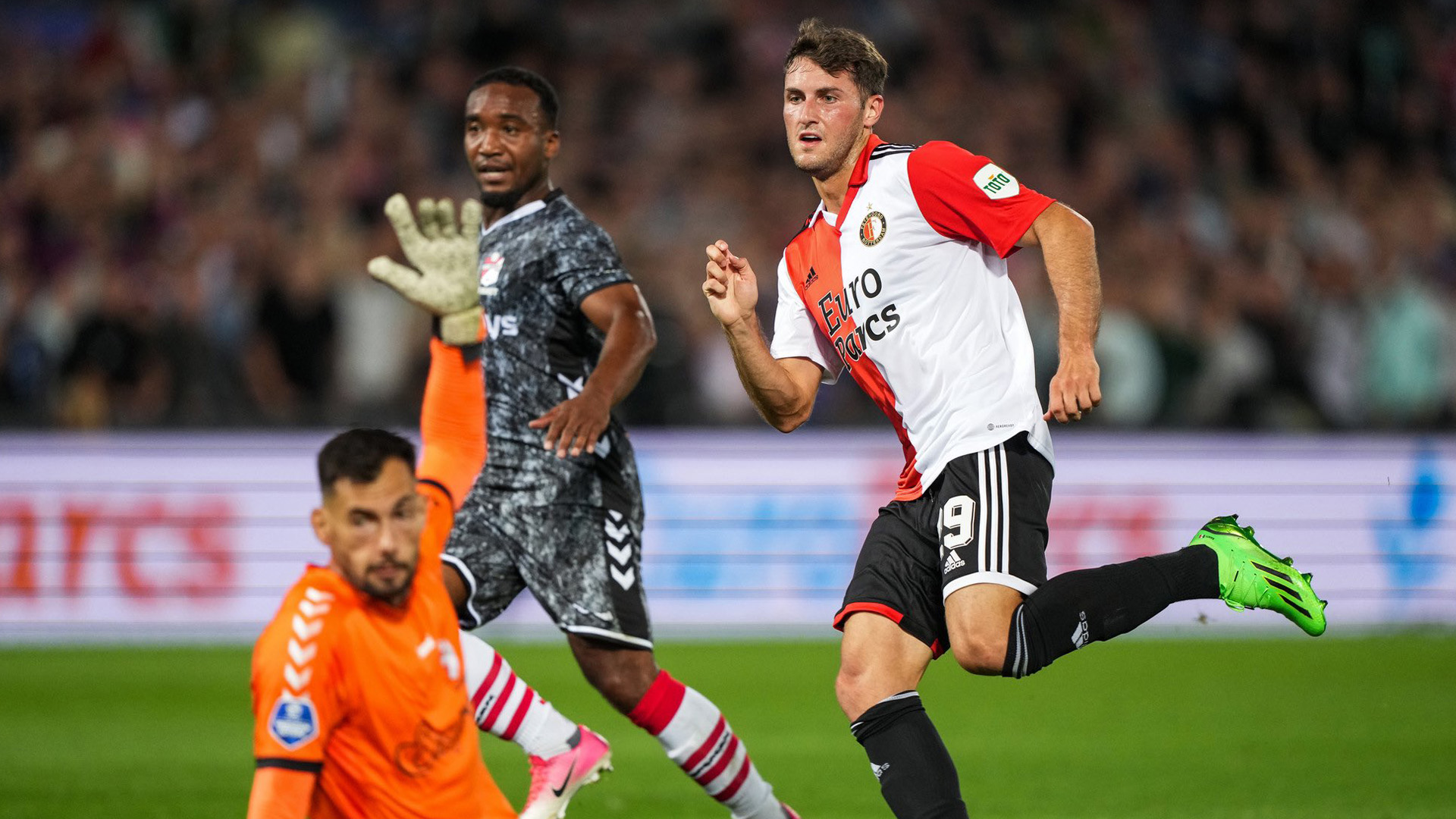 
After a busy week for Feyenoord on the transfermarket, the Rotterdam outfit hoped to capitalise on their win against RKC Waalwijk, by getting three points in De Kuip against FC Emmen. While FC Emmen is a newly promoted side, it’s always tricky to predict how such a game will go. In the end, it was a very comfortable win for Feyenoord with a 4-0 on the scoreboard.


Feyenoord started the game with an attacking 4-3-3 against a move defensive-minded 4-2-3-1 formation of FC Emmen. Feyenoord tried to find open space in the middle via positional play but had difficulties penetrating that final third because of the decent defensive positioning employed by Emmen. When Feyenoord did get chances, it was due to high-playing central defenders who would look to give progressive passes and through balls to the upcoming wingers and fullbacks.


After 25 minutes, Feyenoord got into their usual attacking dynamic, and there was the better side, coming close to testing the guests. But in the 26th minute, it was Rui Mendes of FC Emmen with the greatest chance after a counter-attack. His effort, however, missed precision and went wide. Feyenoord had been warned. In the final 5 minutes of the first half, Feyenoord managed to have three attacks, but all attempts didn’t lead to anything decent, with 0-0 still on the scoreboard when the teams went in for halftime.


Feyenoord knew they had to find different solutions, as FC Emmen had been able to defend their attacks quite well. Feyenoord found their opening goal within the hour. Quinten Timber found space in the penalty box and fired home with his left foot: 1-0.


It became more of an open game because Feyenoord had the lead, and FC Emmen knew they had to force something to get a point out of it. This left space for dangerous counter-attacks on Feyenoord's side, but it took until after the 85th minute for Feyenoord to express that in terms of goals. Gimenez had a good run away from his defender, valued the through ball by Kokcu and scored 2-0 in the 85th minute. At this point, Feyenoord was aware that the victory was assured.


After several attacks, Rasmussen converted a cross in the 88th minute to make it 3-0. It initially looked offside, but VAR overruled, and the goal stood. Shortly later, Feyenoord scored the game-winning goal in the 92nd minute. Szymanski needed two efforts after a cross but headed the ball in goal: 4-0 for Feyenoord.


A much better result and performance than last week, but in the end, it’s all that matter, the 3 points.