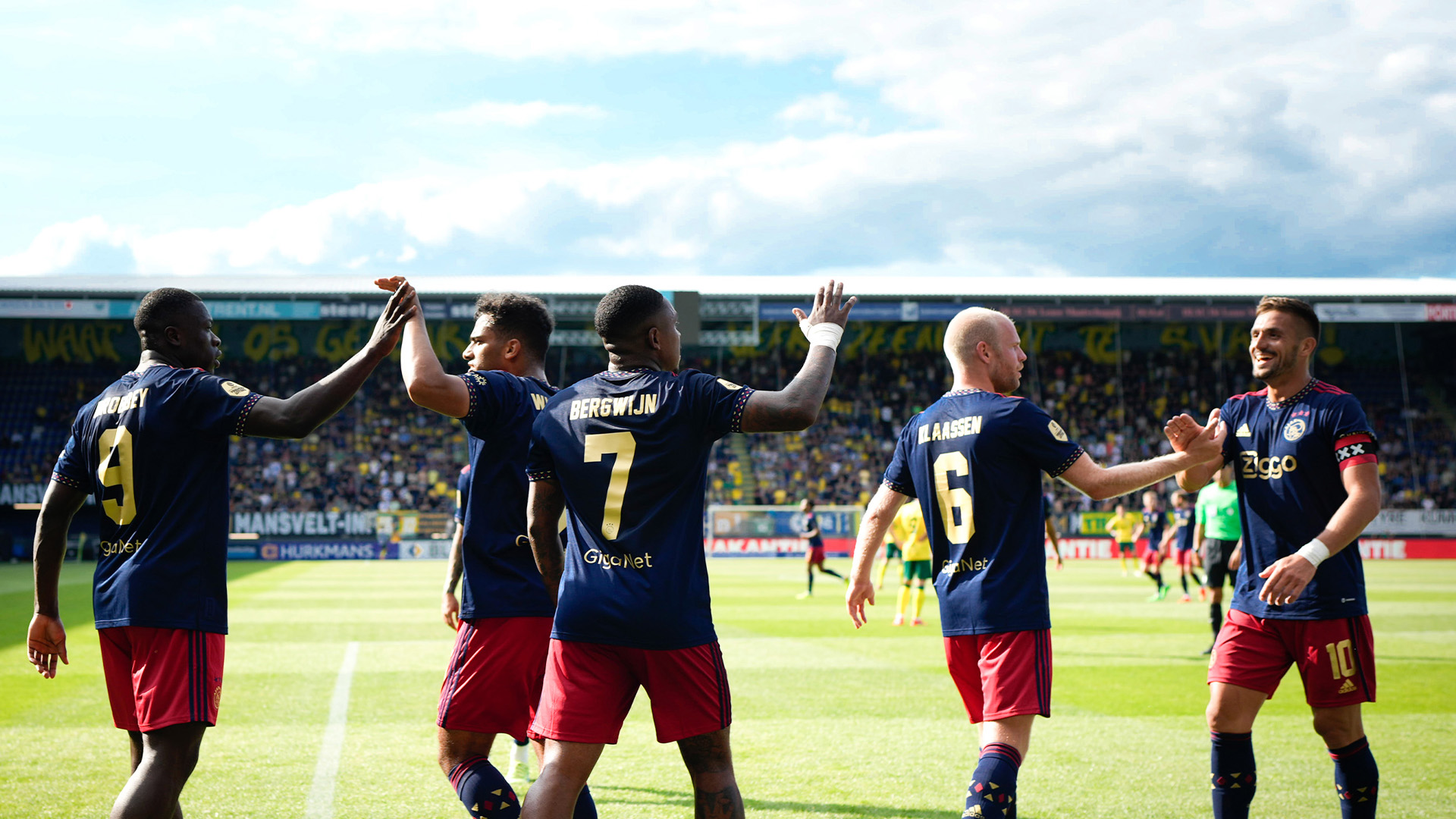 Fortuna Sittard Stadion witnessed a pulsating game where the home side had pushed the Eredivisie champions to the wire as the latter held their nerve with a 2-3 win.

Sjors Ultee chose to play a 4-2-3-1 formation, as new signings Rodrigo Guth arrived from Atlanta featured at centre half whilst Dogan Erdogan was slotted in central midfield along with Cordoba, Pandur, Yilmaz, Vita, and Pinto were on the bench.

There was also the start of a new era at Ajax. Schreuder, who came from Club Brugge, was in place of Erik Ten Hag, who has moved on to manage Manchester United after winning three titles for the club. The new boss made two changes to his starting line-up on Saturday, which played against PSV in the Johann Cryuff shield. The goalkeeper Jay Gorter was replaced by Remko Pasveer, and Perr Schuurs had come in place of the suspended Edson Alvarez. New signing Bergwijn stared on the left side of the flank with Tadic upfront and the highly rated Brazilian who’s sought after premier league clubs Antony was on the right flank.

The home side was off to a dream start when Arianit Ferati capitalised on Daley Blind’s lack of proactiveness in closing him down and played a delightful through ball to Gladon, who finished it in the back of the net to give the men in yellow the lead in the 6th minute.

Despite some interchanging in passes on the left flank with Bergwijn and Tadic, the Sittard’s back four were tactically positioned in a way to frustrate Schreuder’s side.

Ajax continued to dominate the position, and in the 22nd minute, Daley Blind found a surging run from the centre-half Perr Schuurs whose left-footed effort was saved by Van Osch.

In the 38th minute, the home side was again in a great position to score a second goal when Gladon’s darting run through the middle from a Dogan Erdogan delivery was adjusted offside.

Right before the stroke of half-time, Ajax’s star-man Antony's left-footed effort from outside the box went high and wide. The reigning champions went into halftime in frustration in their inability to break down the sturdy defence of Fortuna Sittard. It was evident that Schreuder needed to make some changes to generate a shot in the arm.

Ajax came out in the second half by making two changes, as new signing Brian Brobbey replaced Schuurs, and Davy Klaassen came on for Steven Berghuis as the intent was evident.

In the 48th minute, Schreuder’s double substitution proved decisive as Kenneth Taylor swirled in a wonderful cross from the right channel, as Klaassen managed to get a touch to scrap in the equaliser.

A few minutes, Ajax turned on the style with a beautiful bit of interchange between Devyn Rensch and Brian Brobbey by flicking it back to the former, who slotted the ball in the back of the net. Initially, the referee had called it offside, but VAR showed that Brobbey was marginally onside, which led to the pass as the goal was eventually allowed.

Ajax extended their lead in the 62nd minute when Bergwijn found Dusan Tadic’s run on the left flank and played an exquisite low to cross to Brobbey, whose intelligent movement towards the six-yard box led to a goal in the bottom right corner.

After scoring for the third time, the away side continued to dominate the game when Tadic played a long ball to Bergwijn, who dribbled his way past a couple of defenders to drill the ball past Van Osch. When VAR was used, the goal was disallowed because Bergwijn had just slightly veered offside.

In the closing stages of the game, Fortuna Sittard got the crowd back on their feet. Burak Yilmaz had come off the bench to score a stunning free kick and made it 2-3 to bring some hope for the home side.

Sittard continued to throw bodies Infront with crosses into the box, and with a minute to go, a half-hearted clearance resulted in a chance when Ferati’s left-footed shot went just over the bar as the champions breathed a huge sigh of relief.

Despite the defeat, Ultee would certainly take some positives and look to bed in his new signings as the long road begins. As for Schreuder, key substitutions in the second half and playing his players to their strength proved to be the turning point with a thrilling win on debut.

Fortuna Sittard will travel to FC Twente whilst Ajax will have their first home game of the season as they welcome Groningen on Sunday.