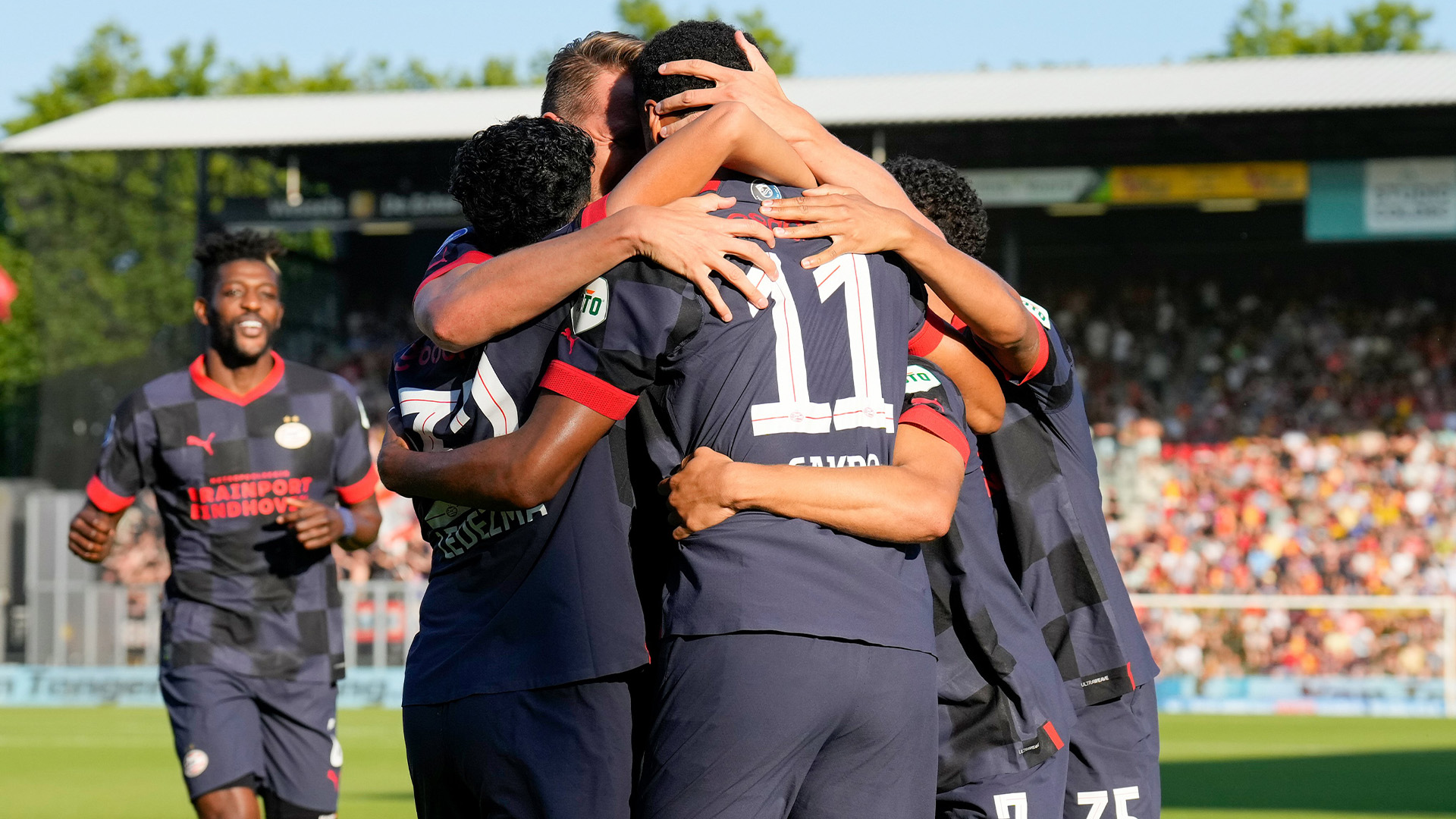 
On the second matchday of the season, PSV visited Deventer to play the away game against Go Ahead Eagles. It was seen as not a very difficult match to play in terms of quality, but two things might make it more difficult for the club from Eindhoven. Going to De Adelaarshorst as a football team can be daunting and impacts performance. Also, PSV had played a very intense match in the Champions League qualifiers against Monaco and will play against Rangers soon, so a few players didn’t feature in the line-up.


PSV started very well in the game. In the 3rd minute, it was Cody Gakpo with an excellent cross from the left after beating his opponent, which was a golden opportunity for no other than Luuk de Jong. His header was sufficient: 0-1.


This led to more chances and space for the home side as PSV dropped deep. PSV had difficulties with Go Ahead Eagles, and they capitalised on that. Deijl won a header in the penalty area, and this header went back to Lidberg. He didn’t fail from inside the box and brought the score all level: 1-1 in the 14th minute.


It didn’t seem to be an easy afternoon for PSV, but in the 32nd minute, something happened that gave both strength and horror. After a challenge by Deijl on Ledezma, Ledezma was injured and couldn’t continue. The referee viewed this as a red card, and Deijl had to leave the pitch. From this moment on, PSV could up the tempo, and the momentum took side with the Eindhoven side.


The extra time of the first half was instrumental in how PSV controlled the game. In the 3rd minute of extra time, Luuk de Jong headed the ball against the crossbar – but Xavi Simons was alert and finished: 1-2. The joy wasn’t gone for the PSV fans because, in the 10th minute of extra time, PSV managed to take advantage of a well-rehearsed corner routine, and Obispo scored the 1-3. A comfortable lead going into the second half.


PSV felt they were better but took it easy in the second half with their heads also focused on the game against the Rangers. De Jong and Gakpo left the pitch, and Til and Saibari came through.


In the final quarter of the game, we saw a very entertaining match. First, Simons scored the 1-4 (76th minute) and then Go Ahead Eagles reacted in the 80th minute by scoring the 2-4 via Edvardsen. There was no intention of PSV to get it even close, and they finished the game 2-5 via a goal from Veerman in the 89th minute.


PSV had some issues with this game, but the red card and the late goals in the first half made them victorious. Now their minds are focused on the Champions League qualifier against Rangers FC.