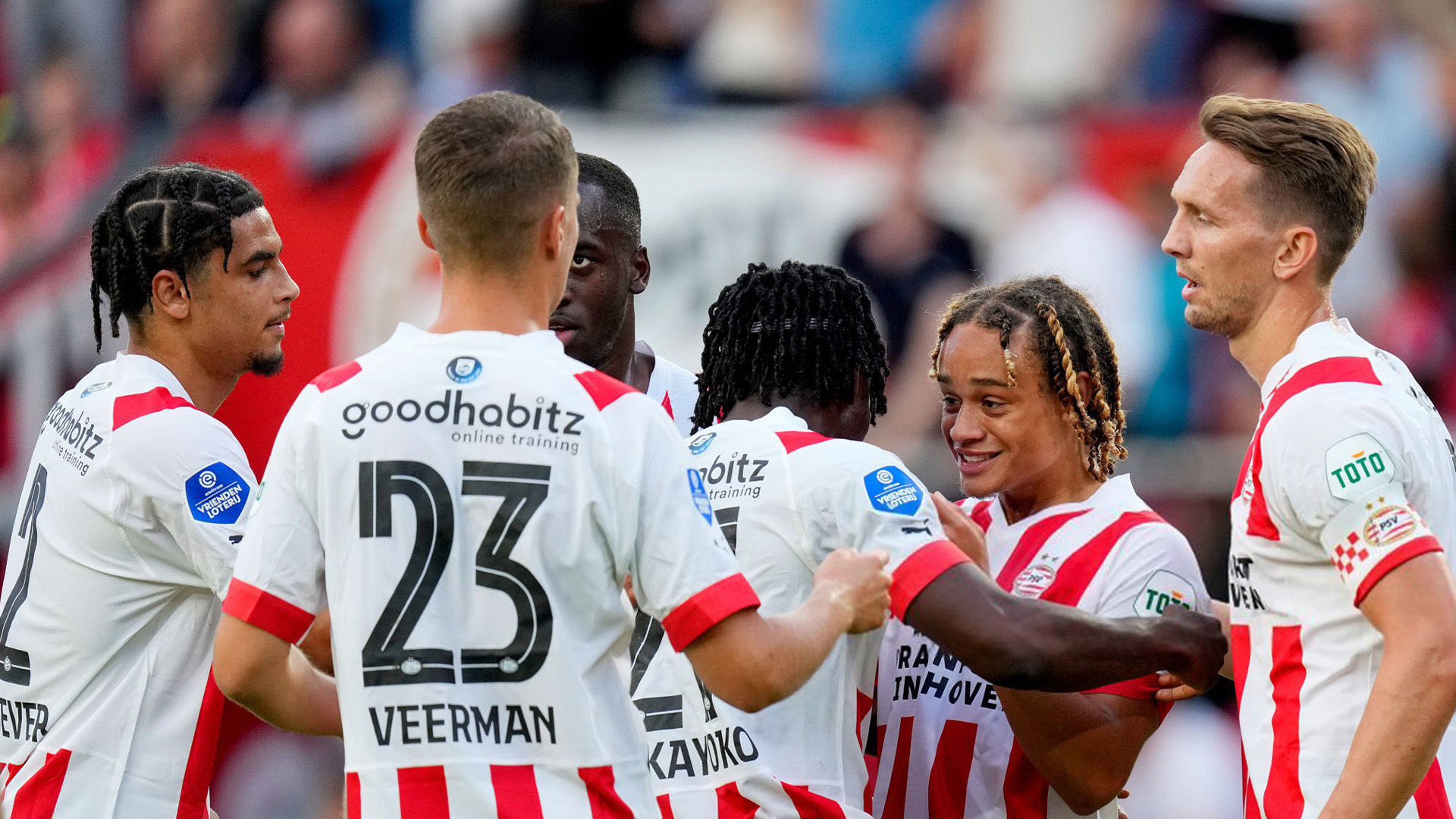 
After pushing Ajax to the limit in the 2021-22 Eredivisie season, PSV has looked to consolidate in this transfer window by bringing back their old stalwart Luuk de Jong and signing exciting youngster Xavi Simons.


It was the 19-year-old youngster who set up the first goal, releasing Johan Bakayoko following a lethal fast break. Bakayoko, filling on the right wing, left by Luis Sinisterra’s transfer to Leeds, did not make clean contact with the ball but still managed to find the back of the net on 18 minutes. From this point on, PSV coasted, retaining possession and putting Emmen under pressure.


Their tenacity was rewarded in the 26th minute when Emmen defender Mikael Kieftenblad made a terrible blunder, slicing the ball into the back of his net while trying to clear a Cody Gakpo free kick.


In the 36th minute, the team from Eindhoven scored again. And this time following a brilliant transition set up by their Centre Back Obispo. He won back the ball and released Gakpo down the left. He gladly obliged, slotting the ball into the bottom left corner of the goal.


The match was as good as over at halftime, but PSV still put on a commendable display in the second half. Gakpo completed his brace in the 54th minute when PSV’s captain Luuk de Jong released him beyond Emmen’s defensive line, allowing Gakpo to curl the ball past Emmen’s hapless keeper Eric Oelschagel.


With a PSV victory ensured beyond any reasonable doubt, Van Nistelrooy took off Gakpo, intending to preserve his energy for their crucial midweek Champions’ League Qualifier clash against Monaco.


Ole Romeny pulled back one goal for Emmen in the 62nd minute, a nicely struck shot from the edge of the box that gave Emmen a consolation goal to show for their effort. But by this point, PSV had taken any attacking impetus out of the game and was prepared to let time pass.


The first leg of PSV’s against Monaco tie finished in a 1-1 stalemate. And now prevailing in the second leg is imperative for PSV. They have done well to keep Gakpo at the club, but the talismanic winger might still be enticed to play elsewhere if he can’t play in the Champions League.

PSV are one of the favourites to win the title this season, and losing their star winger could be a blow to their title hopes. But for now, PSV fans can bask in the satisfaction of seeing a new iteration of their exciting young squad under the care of a new manager. It may only have been the first match of the season, but they can dare to dream again if their new acquisitions can align their abilities with the established stars.


FC Emmen, on the other hand, will have to re-group and give a much better account of themselves if they want to survive this season. Manager Dick Lukkien has been at the club for almost six years and guided his team to promotion last season, but the step up in quality might be too much for this inexpensive squad.

Ryan Gravenberch - How Ajax shaped him