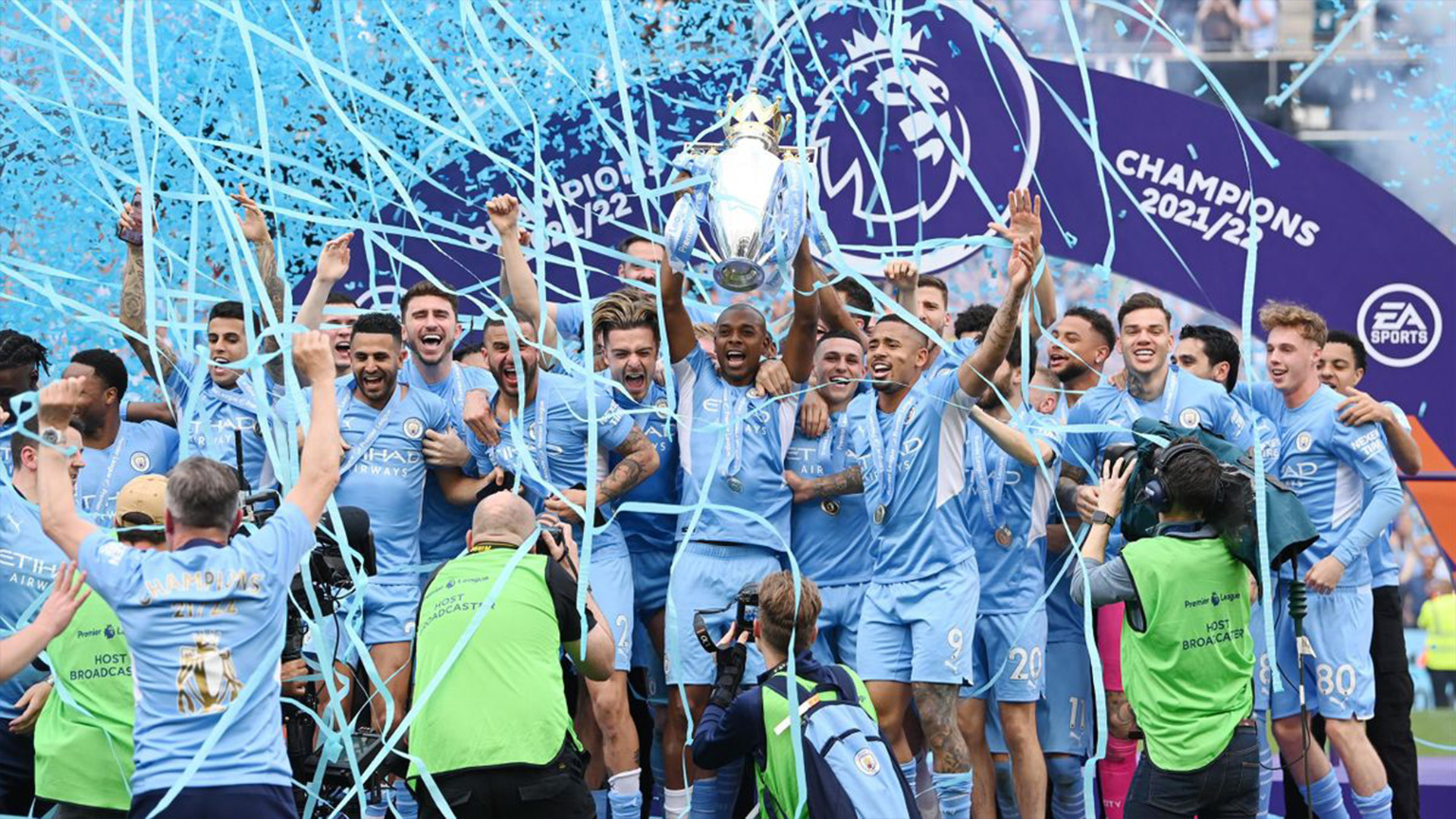 By Sairaj More
It's time for the Premier League to revive and let unfounded optimism and prediction run wild. Across the league, fans of all teams are convinced that this is their season, their click season, and now is the season to enjoy a slither of success.
We're only two weeks into the Premier League, but we've already seen some big surprises. Manchester United finished bottom of the table under new manager Erik ten Hag after losing two games, including the one against Brentford, A late Harry Kane goal to end a classic Chelsea against Spurs game into a draw and Palace holding Liverpool for a point.
The Premier League is now in its third week for the 22-23 season, so here we have our predictions for the clubs who could Finish in the Top 3 this season.
Manchester City
Four out of the last five seasons, Manchester City, have won the Premier League, and this season, it is anticipated that they will repeat as winners.
Manchester City played without a Striker last season. However, they have signed 22-year-old world-class striker Erling Haaland. He is a proven first-class player and one of the most popular forwards in world football.
City then replaced Fernandinho by signing England's star Midfielder Kalvin Phillips who is supposed to be competing with Rodri and Gundogan for a spot in the starting 11 and Jack Grealish will be better for one season under Pep Guardiola. Along with adding Sergio Gomez instead of Zinchenko, they also acquired goalkeeper Stefan Ortega on a free transfer.
With all the additions in the transfer window, Manchester City already looks like a strong unit ready to compete for titles in Europe.
Liverpool
Despite enjoying a glorious last season, Liverpool lost the Champions League final to Real Madrid but won the FA Cup and League Cup, on penalties, against Chelsea and finished Second in the league. This time Liverpool is expected to challenge the city for the title in the 22/23 season.
They will be as deadly as ever, even without Sadio Mané. Mane is a loss, but striker Darwin Nunez comes from Benfica with a reputation and is already showing what he will offer But without any reinforcement in the Midfield department, it leaves a faint question mark on the depth of midfield.
Fabio Carvalho is the one to watch out for this season. The 19-year-old isn’t coming in for a superstar fee, but his potential had some of Europe’s giants sniffing around.
Tottenham Hotspur
Spurs have one of the best coaches in the world in Antonio Conte, who will challenge and instil the winning mentality the club has lacked in years.
Richarlison, a versatile forward, adds another dimension and depth to an already excellent attack and will be a good option to have on the Bench or give rest to Son or Kane whenever needed. Spurs signed Yves Bissouma from Brighton, who was consistent and outstanding for Brighton in midfield over the years. Croatia international Ivan Perisic will bring experience, quality and versatility, while the 33-year-old might play as a Wingback for them.
Spence, the young right wing-back, is signed to add quality and depth in defence, while Lenglet will compete with the other Centre backs for a place in the Starting 11.
With all the signings and Conte's coaching, Spurs have a better chance to make it into the top 3 of the Premier League this season.

Chris Jericho: The best pro-wrestler even after 50