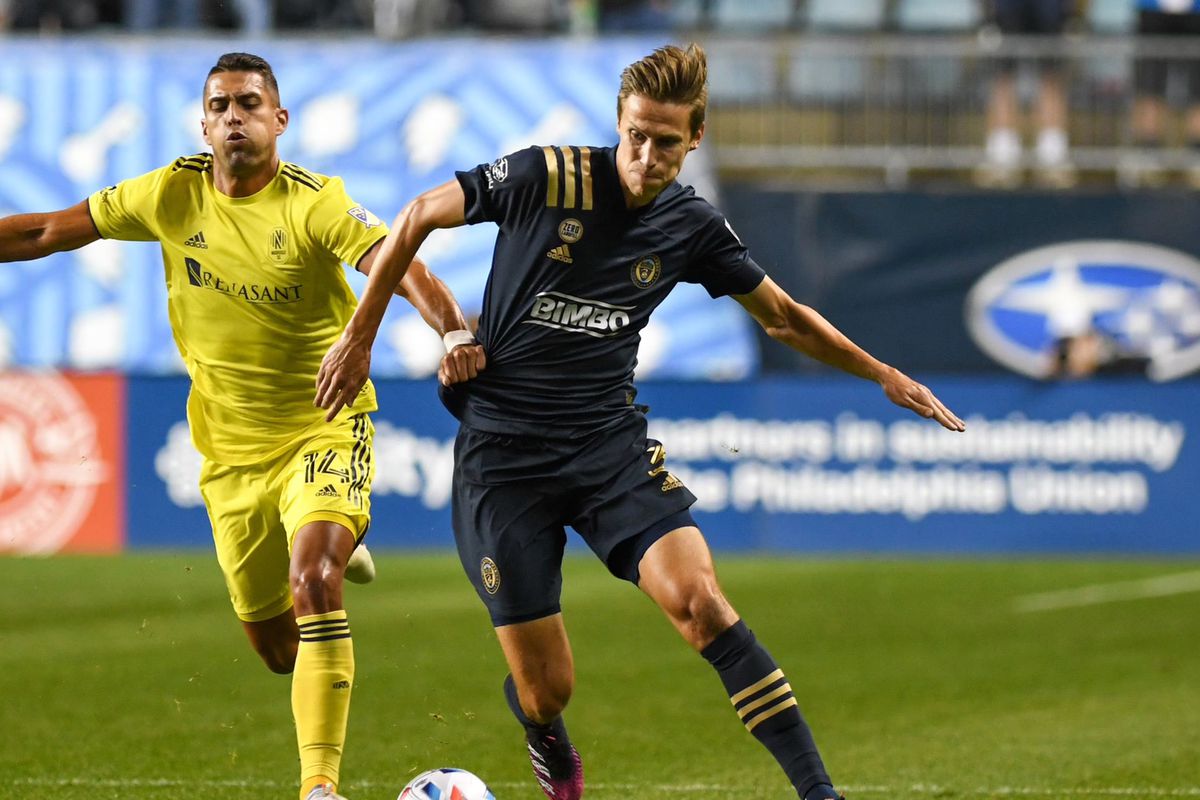 In football, goals, arguably the most “quantifiable” measure of success, draw excessive attention to the players who score, assist and create chances. According to Goal’s compendium of the top 100 transfer fees of all time, every player in the top 10 is either a prolific goal-scorers or an exciting forwards. The first defender, or even a defensive-minded player, comes in the 15th place in the form of Harry Maguire, shortly followed by Virgil Van Dijk as the other defender in the top 20.


Major League Soccer is not immune to this phenomenon. Most attention is for the goal scorers and attackers such as David Beckham and Lorenzo Insigne and not enough to those who prevent them (and not to mention the ability to bolster the attack themselves) like Ashley Cole and Victor Wanyama. As the tactical side of football evolves, let’s look at those who are worth watching but overlooked as they play in the back line.


Since being drafted out of West Virginia University in January 2017, Elliott has made more than 17 appearances per season and was part of the Union’s rise in the MLS. The team finished 16th overall in the 2017 MLS regular season and rose to win the Supporters’ Shield in the 2020- season.


Philadelphia Union is currently second in the Eastern Conference, two points behind New York Red Bull, with 30 points. The catch? They only conceded 13 goals in 18 matches so far, thanks to a solid defence, and Elliott is at the heart of it.


Standing at 1.98m, the towering defender compliments his height with his jumping reach to make himself a nuisance in the air. Combining the aerial dominance with him being in the 87th percentile for tackles won among centre backs, Elliott is a formidable centre-back to opposing teams.


Some may have taken the opportunity to laud Zimmerman as they derided Darwin Nunez, a club-record signing for Liverpool, who was “pocketed” by Zimmerman and his centre-back partner Miles Robinson when the United States held Uruguay to a goalless draw.


A regular starter of the National Team, Zimmerman made a “blockbuster” move from LAFC to Nashville SC before the 2020 MLS season. He scored the first goal of the Tennessean club’s history against Atlanta United in his debut match. A key player ever since his arrival, the US international led his club to a third-place finish in the 2021 MLS season, the club’s sophomore season when they were assigned to the Eastern Conference when the league restarted after the COVID-19 pandemic. Back in the Western Conference in 2022, the club currently places fourth.


Coming into 2022, Zimmerman is already on a couple of impressive streaks. He has won the MLS Defender of the Year award two-years consecutively and was named the MLS Best XI for three consecutive seasons. Being just 28 years old, Zimmerman is only approaching the peak of a centre-back’s career.


Fbref shows that his defensive-third tackles per 90 (1.65) puts him in the 91st percentile of all MLS centre-backs. While he only applied 9.02 pressures per 90, Zimmerman’s success rate of 45% puts him on par with the top 5% of all centre-backs in the MLS.


Generally reticent at getting involved anywhere beyond the defensive third, his strength, reach and heading ability makes him an aerial threat during set-pieces. These situations make him more than happy to follow up beyond a heading attempt, evidently with his placement in the top 10% of all MLS centre backs for both goal and shot-creating actions.


Diego Palacios joined LAFC from SD Aucas in the summer of 2019 and has been establishing himself since. The 14 starts till now in the 2022 MLS season signal that Palacious is bound to overtake his 19 starts from last season as LAFC marches towards a regular season finish.


The statistics for the Ecuadorian fullback this season is impressive offensively. He is very attack-minded with the passes. He is in the 92nd percentile for progressive passing distance per 90 and 94th percentile for both passes attempted and completed per 90 (54.32 and 66.77 respectively). While most the passes are short, low or grounded, Palacios is in the top 10% among fullbacks in terms of crosses and passes into the penalty area. Moreover, his forward-thinking denoted by the 2.04 shot-creating passes per 90, which put him the Ecuadorian in the 89th percentile.


Palacios’ dynamism is reflected by 80.83 touches (94th percentile), 28.25 touches in the offensive third (97th percentile), and 1.97 dribbles completed out of 3.42 attempts (98th percentile apiece). Meanwhile, his defensive prowess puts him within the top 20% of all fullbacks for tackles made and tackles won, especially in the top 10% for those made in the attacking third.


With Ryan Hollingshead as his teammate for the season, the 22-year-old will have the time and right mentorship to help him develop.


It is not common to find a full-back who can play on either side, never mind one who can do it well. This is why every team thirsts for a Joao Cancelo, the premium inverted fullback. However, Houston Dynamo found an option in Zeca, a Brazilian Olympic gold medallist. Like Cancelo, while preferring his right foot, Zeca can also operate on the left.


Houston signed Zeca in February on a one-year contract with two option years, stating that they had been tracking him for some time before taking him on as a free agent. After being used purely as a substitute in four of the first ten rounds of fixtures, Zeca cemented his place as the starting right back for the next nine games.


Zeca’s defensive prowess sees him get enough tackles per 90 (2.40) for the 95th percentile and pressures per 90 (8.15) both in the defensive third for the 92nd. On the ball, he averages the number of progressive carries per 90 and carries into the final third per 90 needed for the 99th percentile. The Brazilian also has 1.67 passes and 0.94 crosses into the opposition’s penalty area per 90, putting him on the same level as 6% of other fullbacks in the league.


With defensive engagements in the home third, progressiveness on the ball through the middle and forward-thinking passes close to the opposition’s goal, Zeca can entertain by ensuring his presence along the right-hand corridor of the pitch, delivering both attacking threat and defensive capabilities.


Apart from his winning mentality, the Italian veteran offers the leadership and outstanding mental capabilities that can benefit the current pairing of Jesús Murillo and Sebastien Ibeagha, both of whom have amassed experience playing outside of the U.S. but none of the same levels as Chiellini. Therefore, the signing of the Italian captain will provide evidence of LAFC investing ahead of the opportunity: Being on course to win this season’s Supporters’ Shield is not enough. Therefore, they invested in players who can prove impactful in their hopes of going all the way in the MLS Cup playoffs, a stage where the Californian team only ever managed to get as far as the semi-finals.


Having signed for LAFC in June, Chiellini will be eligible and bound to debut for LAFC as soon as Jul. 8 against rival LA Galaxy.


*All statistics from Fbref are as of Jul. 5, 2022, from the performances in the 2022 MLS season, unless stated otherwise.