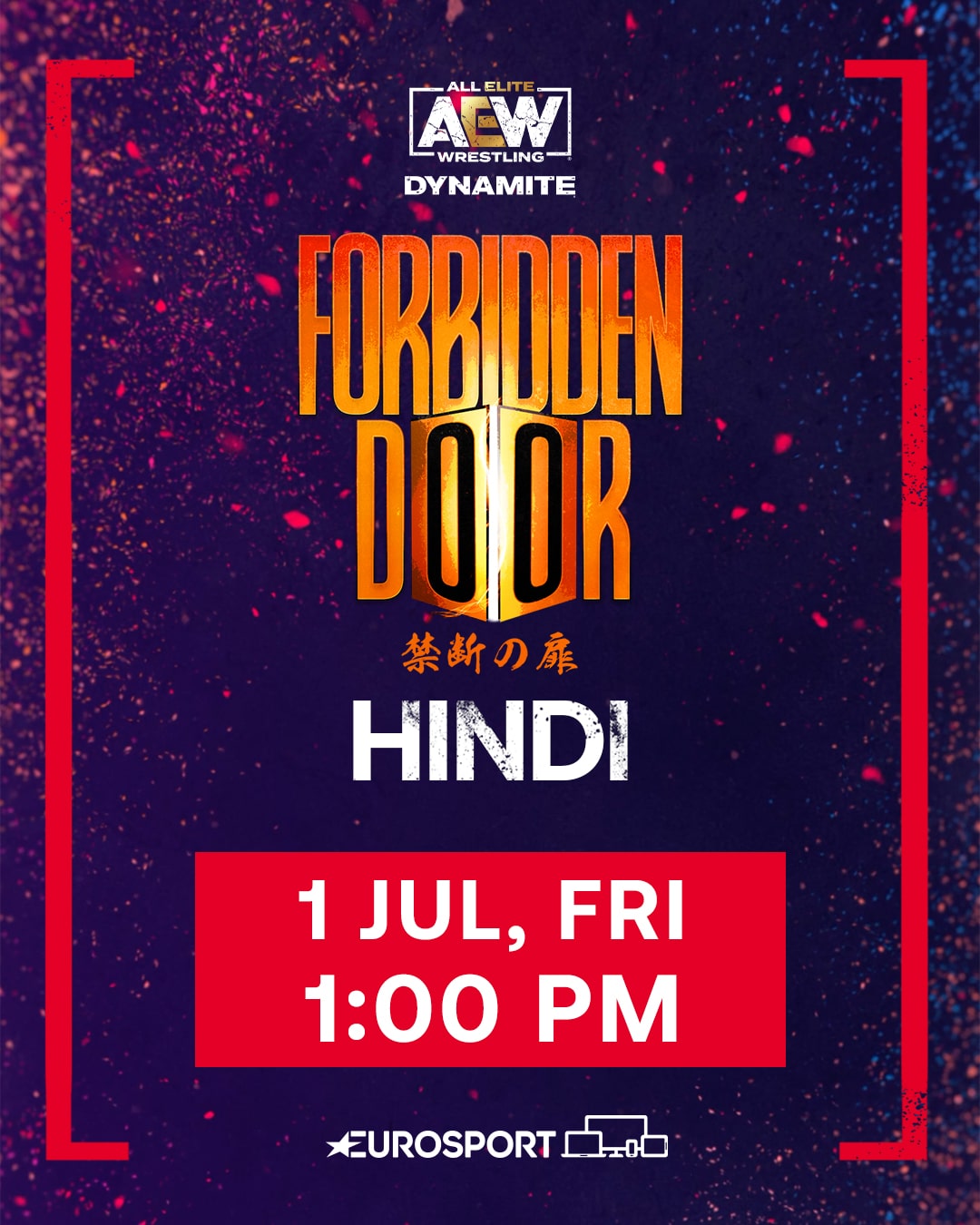 AEW and New Japan Pro Wrestling’s crossover event, Forbidden Door, has already claimed plaudits as one of the best wrestling shows of the year, despite the tumultuous run-up, which saw injuries and absentees cause havoc with the run-up and schedule of the event.

The highly anticipated show saw talent from America’s All Elite Wrestling clash with Japan’s historic New Japan Pro Wrestling in a first-time-ever event, pitting some of the world’s finest against each other.

The build-up was dogged with injury, including newly-crowned AEW World Champion CM Punk and Bryan Danielson, two prime-time candidates for such a historic event. In addition, NJPW had injuries of their own to Tomohiro Ishii, while inter-promotional politics prevented some Mexican stars from appearing on the show. Regardless, the show went on without a hitch and is an unequivocal contender for events of the year.

Chris Jericho and his Appreciation Society, along with hardened veteran Minoru Suzuki, played out a very entertaining curtain-raiser against Eddie Kingston, Wheeler Yuta and Shota Umino who came out as an unexpected start of the match as a young up-and-comer.

Elsewhere, 63-year-old Hall of Famer Sting was at his high flying best in a clash between the Bullet Club and Dudes with Attitudes, while Thunder Rosa retained her AEW Women’s Championship against Toni Storm.

Jon Moxley and NJPW legend Hiroshi Tanahashi had a blockbuster fight, a match that has been highly anticipated for ages. Bloodied and beaten Moxley defeated Tanahashi to become the new Interim AEW World Champion, and will face CM Punk when he returns to action.

Overall, it was a stunning night of action that delivered from top to bottom and was an unprecedented success for both AEW and NJPW, one that will likely be repeated down the line.

Surprise of the Night | Pac

The Newcastle flyer going over Miro, Malakai Black and New Japan’s Clark Connors to become the first-ever AEW All-Atlantic champion was a welcome surprise to proceedings. Pac is undoubtedly one of the finest performers anywhere in the world, with his high-impact style, clean aerial ability and incredible top-flight manoeuvres.

To see him grab the belt was just a reward for his years of exceptional performance, although his television time on AEW is often limited but it is great to see him get some acknowledgement – especially over Miro and Black who were the likely winners going into the match.

The 25-year-old is already billed as a future New Japan star, and he solidified that with a great showing against Jericho’s Appreciation Society. The spellbinding layer to it all was that Jericho had a previous with Umino, after attacking his father Hiroyuki – a New Japan referee – a couple of years prior.

This all tees up a one-on-one match between the two down the line, with Jericho likely to provide the foil for Umino who is all groomed for the stardom stature.

Star of the Night | Claudio Castagnoli

Not since CM Punk’s return to the same arena in September 2021 have we seen such a loud reaction to an AEW debutant. Claudio Castagnoli, more commonly known as Cesaro in his WWE days, entered through the Forbidden Door as Bryan Danielson’s personally picked replacement to take on Japan’s Zack Sabre Jr.

The crowd exploded when Claudio’s music hit, a long-anticipated arrival following his contract expiration earlier this year with WWE. And they had a fantastic match, with Claudio’s power and finesse a great complement to Sabre Jr’s technical prowess. The moment of the match, if not the night, came when Claudio – with Sabre Jr tied up around his arm outside the ring - lofted him and carried him all the way around, up the ring steps and then launched him into the ring.

Castagnoli's arrival into AEW to join the Blackpool Combat Club should make for some fantastic television in the coming weeks as he finally gets the recognition his unique talent deserves.

The moment of the night, undoubtedly, was the crowd reaction right at the beginning of the four-way match to challenge Jay White’s IWGP World Heavyweight title. With four absolute superstars in the ring, including New Japan’s legendary Okada, the crowd rose to their feet and launched into a loud round of cheers and applause and you could see each of the four participants soaking in every second.

It was the perfect illustration of what the Forbidden Door event was all about. And the match delivered although a funky finish due to an apparent Adam Cole injury did kill the mood slightly, it was a moment for the ages that each of these guys will never forget.

Match of the Night | Will Ospreay v Orange Cassidy

To the surprise of no one, New Japan’s Will Ospreay and AEW’s Orange Cassidy played out the match of the night. Cassidy has become accustomed to delivering entertaining fights on the biggest stage with his unique and laid-back style, and Ospreay provided the perfect foil as a super talented performer.

The intense over-and-back between the two had the crowd on the edge of their seats, with Ospreay reaching into Cassidy’s pocket – who is known for performing airy with his hands in his pockets– to the intense heat of the crowd in return. It was a super fun match as Ospreay got the win to retain his IWGP US Heavyweight title, and he undoubtedly won over a cohort of new fans with his AEW appearances in recent weeks. The Englishman is a star in the making and already performing amongst some of the best in the world, while Orange Cassidy continues to be a crowd favourite that delivers every time he enters the ring.