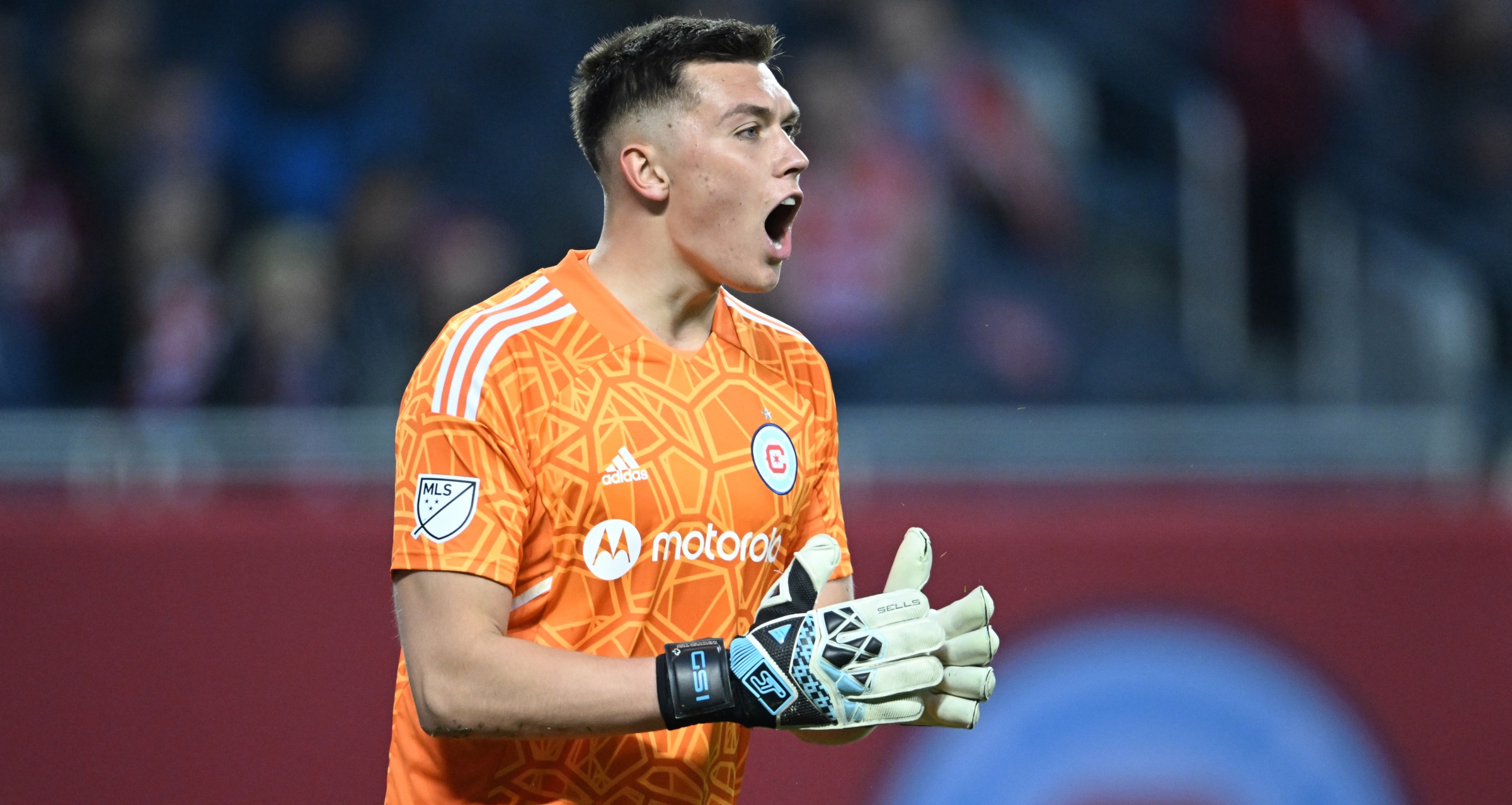 This news came less than two weeks after Slonina’s agent confirmed the interest Real Madrid had in his client and that the goalkeeper could not “say no” to the Spanish club, which was also stated to be Slonina’s preferred choice.

However, it was not just the clubs who had to battle for the prospect but also the nations.

With dual citizenship of Poland and The United States, Slonina was also sought after by the European country. As The Guardian reported, Czeslaw Michniewicz, the head coach of Poland, paid Slonina a visit in Chicago and even included him in the squad for the UEFA Nations League, a call-up that the goalkeeper turned down.

Instead, Slonina chose to represent the North American country, announced on Twitter, stating that his “heart is American.”

Considering Slonina’s biography, all these efforts were justified.

On 8 March 2019, Slonina became the second-youngest player to have signed an MLS contract at 14 years and 297 days old, just behind Freddy Adu who signed at the age of 14 years and 168 days old. According to an article published by the MLS in March, Slonina has since fallen to six - and Edu, to third - showing how younger talents are being identified by various MLS clubs and are committed towards grooming them.

On 5 August 2021, Slonina made his senior MLS debut at 17 years and 81 days. As the youngest goalkeeper to ever start in the MLS, Slonina delivered four saves and a clean sheet as Chicago Fire held New York City FC to a goalless draw.

When he started his second MLS game, which had a gap of a month, the goalkeeper cemented his place in the team. Since then, this fierce goalie has been a part of the first squad in 25 MLS games for the Chicago-based club. This season, Slonina has bagged five clean sheets, with three successive shutouts to start the season.

On an international level, Slonina has played for the U15, U16, U17 and U20 levels of the United States Men’s National Team.

A move to Europe will see the netkeeper join several fellow United States men's national soccer team (USMNT) players, including Christian Pulisic, a €64-million contract from Dortmund who is already at Chelsea. English Premier League is also not behind in bagging the MLS talent. Ethan Horvath, a fellow goalkeeper at Nottingham Forest, with Fulham duo defenders Tim Ream and Antonee Robinso, all of whom were recently promoted to the English top-flight with their respective clubs.

In the past, the United States had had a long line of quality goalies, especially with the likes of Tim Howard and Brad Friedel, each spent over a decade playing in England. Matt Turner, a 27-year-old goalkeeper at New England Revolution who won the 2021 MLS Goalkeeper of the Year award, agreed to join Arsenal.

If the deal goes through, Slonina will likely be the second signing during Todd Boehly’s reign at Chelsea, the first expected to be Eddie Beach, a goalkeeper for the Southampton U18 team, as reported by The Guardian.