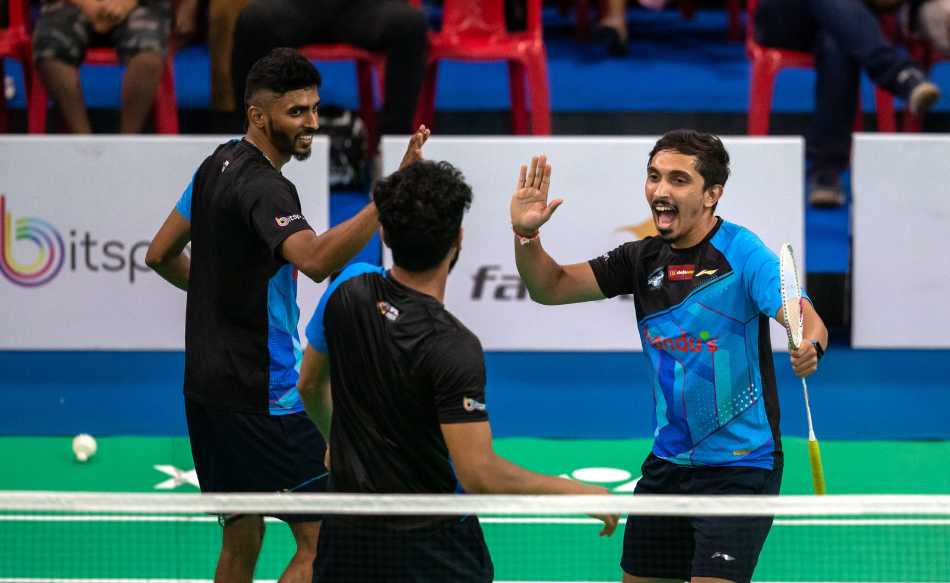 
The inaugural Grand Prix Badminton League is heating up in Bengaluru, with the finale of its group stage confirming the final four teams.


It all kicked off on August 12th when Mandya Bulls defeated the Tuskers by seven sets to nil in the curtain raiser, including a 21-16 victory in the first-ever Super Match, before the Sharks won 5-2 against the Tigers later in the day.


The home side - Bengaluru Lions - got their campaign underway with a fine seven set to two victories over the Panthers on day two, while the Wolves swept aside the Falcons by six sets to three.


August 14th saw another 6-3 win as the Tuskers defeated the Tigers before the Sharks did the same to the Bulls and won the most intense Super Match yet with a dramatic 21-19 win.


The following day, Tanya Hemath played a vital role in the Panthers' 5-4 victory over the Wolves, which was the closest game yet. The 18-year-old won both of her singles and mixed doubles bouts. The closest match preceded the joint-biggest defeat since the opening game as Malnad Falcons defeated the Lions by six sets to one to make their first victory of the series a convincing one.


Mandya Bulls then climbed to the top spot on Tuesday as they claimed a second 7-0 victory of the series over a winless Kodagu Tigers side, including a 21-13 Super Match win - the biggest so far. The second tie of the day then saw the Tuskers inflict a surprise defeat on the Sharks by four sets to three, preventing Kushal Raj and his side from topping the table themselves.


Tie eleven saw The Falcons continue their good form and qualify for the final stage with a 6-1 victory over the Panthers, which left Hemath’s side second bottom before the Lions ended their campaign with a tight 4-3 over the 3rd placed Wolves.


It means the Bulls will face off against the Falcons before the Sharks face the Wolves to see who will reach this year’s final.

La Vuelta 2022: What to expect from the biggest cycling event of the year

Top 3 fast bowlers for India ahead of Asia Cup 2022