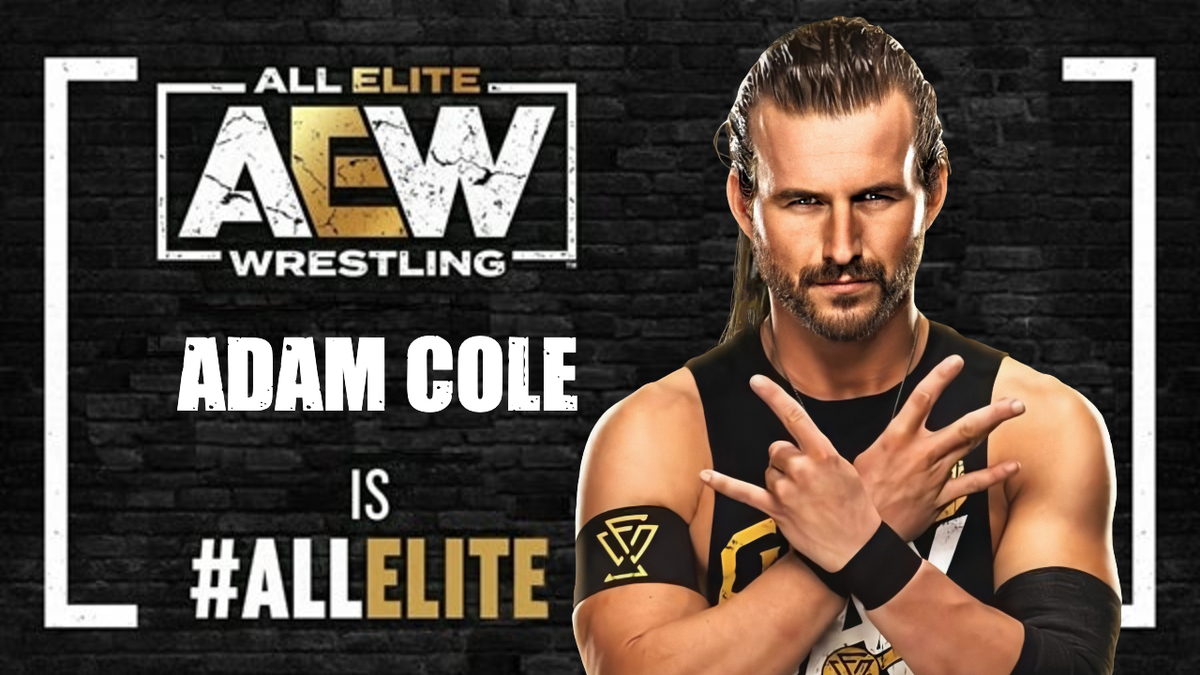 How Adam Cole transitioned his success from WWE to AEW

Wherever Adam Cole goes, spotlights follow him. The Pennsylvania born has had one of the most remarkable careers in professional wrestling, competing in various promotions and winning gold everywhere.


Adam Cole idolised wrestling icons such as Shwan Michales and Steve Austin from an early age. Mesmerised by the glamour and stardust of the wrestling world, he tried to learn the ropes in his senior year and then applied his craft by performing in the American independent scene.

His breakthrough year in sports television was in 2010- when he made his much-deserving debut in the renowned promotion of the Ring of Honor. Though he had filled spots for ROH a couple of times during 2009, they were just some inconsequential dark matches.


Soon after signing with ROH, he formed a tag team with Kyle O’Reilly. They would take on fellow tag teams on the roster, like the Bravado Brothers, the Briscoe Brothers, the Kings of Wrestling, and the All Night Express. Despite putting on some strong performances, the team's success was hard to come by. Cole signed another new deal with the company the following year to extend his stay and rebranded his tag team as Future Shock, but they would disband shortly after.


On June 29, 2012, Cole won his first championship in ROH, defeating Roderick Strong to become the ROH World Television Champion in Baltimore, Maryland. The management could not let Cole's popularity pass them by without utilising it.


Cole would retain his title in pay-per-view shows such as  Death Before Dishonor X: State of Emergency and Glory By Honor XI: The Unbreakable Hope. He would eventually lose the title by falling short against Matt Taven, ending his reign at 246 days. Adam would shift his sights to bigger things in the promotion as he would try to go after the ROH World Championship.


After Jay Briscoe vacated the ROH World title, a tournament took place to crown a new champion. Adam Cole would defeat all comers against him to stand as the sole victor. After being presented with the title belt by the former champion, Cole would attack him viciously, establishing himself as a villain.


Cole's regular appearances made the fans get behind him. Despite serving as an obnoxious heel, he was too good to be disliked. ROH soon realised his undeniable charisma to develop him further to make him an asset to their company. By this time, Cole adapted the moniker of Adam Cole "Bay-Bay" to bring out one of the most involved entrances in the wrestling world that he carries to perfection- to this day.


Adam would seek aid from fellow ROH wrestlers by associating himself alongside Matt Hardy, Mike Bennett, Maria Kanellis, and later Matt Taven to form The Kingdom. Cole would keep retaining his title with his faction's help.

Later in the year, ROH would form a strategic partnership with New Japan Pro Wrestling, where Cole would defend his title twice at Global Wars and War of the Worlds. On June 22 at Best in the World 2014, Cole would lose the ROH World Championship to Michael Elgin, ending his phenomenal reign at 275 days.


Cole would take some time off and eventually return as a heel. He would be recognised as the newest member of the Bullet Club, and his magnetic aura would follow him to NJPW. Fans would become engrossed in the group's captivating stories, drawing in a larger audience. Cole later frequently appeared with the Young Bucks as they established The Superkliq.


At Death Before Dishonor XIV, Cole defeated Jay Lethal to win the ROH World Championship for the second time, becoming the third man to regain the championship. Cole's victory celebrations would be cut abruptly as a returning Kyle O’Reilly would exact his revenge.


Cole would defend his prized possession on ROH and NJPW shows until he lost it to O'Reilly at Final Battle 2016. This rivalry reached its tipping point at NJPW's premier show. Wrestle Kingdom 11 in Tokyo Dome hosted a match between Cole and O'Reilly for the ROH title, where Cole would emerge victorious to become the first three-time ROH World Champion.


WWE would notice the natural entertainer with an "It" factor in Adam Cole, and they would persuade him to join their developmental brand of NXT. Cole would make his shocking NXT debut alongside Bobby Fish and Kyle O’Reilly at NXT TakeOver: Brooklyn III, attacking newly crowned NXT Champion Drew McIntyre. The Undisputed Era began with Adam Cole as its leader. They would attack other teams and carry out their heel antics until they were put into the returning WarGames match at NXT TakeOver: WarGames against Sanity and the team of The Authors of Pain with Rodrick Strong.


The Undisputed Era won after Cole pinned Young and the group's popularity rapidly increased. Thanks to their collective in-ring work, coupled with their promos, they became an instant hit. The industry was blown away by the faction's reception.


Cole soon became the inaugural NXT North American Champion at NXT TakeOver: New Orleans on April 7, 2018, in a ladder match, and later in the night, he won the Dusty Rhodes Tag Team Classic as well as defended the NXT Tag Team Championship in a triple threat Winner Take All match with Kyle O'Reilly.


At NXT TakeOver: XXV, Cole defeated Gargano in a rematch for the NXT Championship to win the title for the first time. Cole would remain on top as the brand's champion by fending off any challenges that arrived his way. The Undisputed Era was untouchable until the second night of The Great American Bash when Cole lost the NXT Championship to NXT North American Champion Keith Lee in a Winner Takes All match, ending Cole's record-breaking reign at 403 days.


Rodrick Strong would join the mix as the fourth member of the Undisputed era. The faction would carry the brand until the team’s dissolution took centre stage. Cole and O’Reilly would rekindle their feud from their ROH days and deliver each other some hard-hitting action before their contracts expired with the company.


Adam Cole's next chapter would happen at AEW in their All Out pay-per-view, where he would rejoin his former Bullet Club stablemates Kenny Omega and The Young Bucks, as he joined their stable, The Elite, establishing himself as a heel in the process.


Cole would feud shortly with Jungle Boy and Orange Cassidy until both Bobby Fish and Kyle O’Reilly rejoined him at AEW. Cole would associate two sets of his friends and form the Undisputed Elite.


Adam Cole would be unsuccessful in his title shot, losing out to AEW World Champion Hangman Adam Page. But eventually, he would bounce back by winning AEW's inaugural Owen Hart Cup men's tournament- a feat he would share with his real-life partner, Dr Britt Baker.


In a joint pay-per-view show hosted by AEW and NJPW, Cole would participate in a four-way match between Adam Page, Jay White, and Kazuchika Okada for the IWGP World Heavyweight Championship at the Forbidden Door. At the event, White would successfully retain the championship.


Last week, Cole made his return after remaining on the sidelines post-Forbidden Door to talk about loyalty and the upcoming Trios Titles Tournament. But he shocked everybody by turning on the Young Bucks.


After splitting up the Undisputed Elite, Cole has reformed his exclusive partnership again with Bobby Fish and Kyle O’Reilly. His team would be seemingly going up against the Hungbucks next in the forthcoming Trios tournament.

Carlos Vela: The journey from Arsenal to LAFC