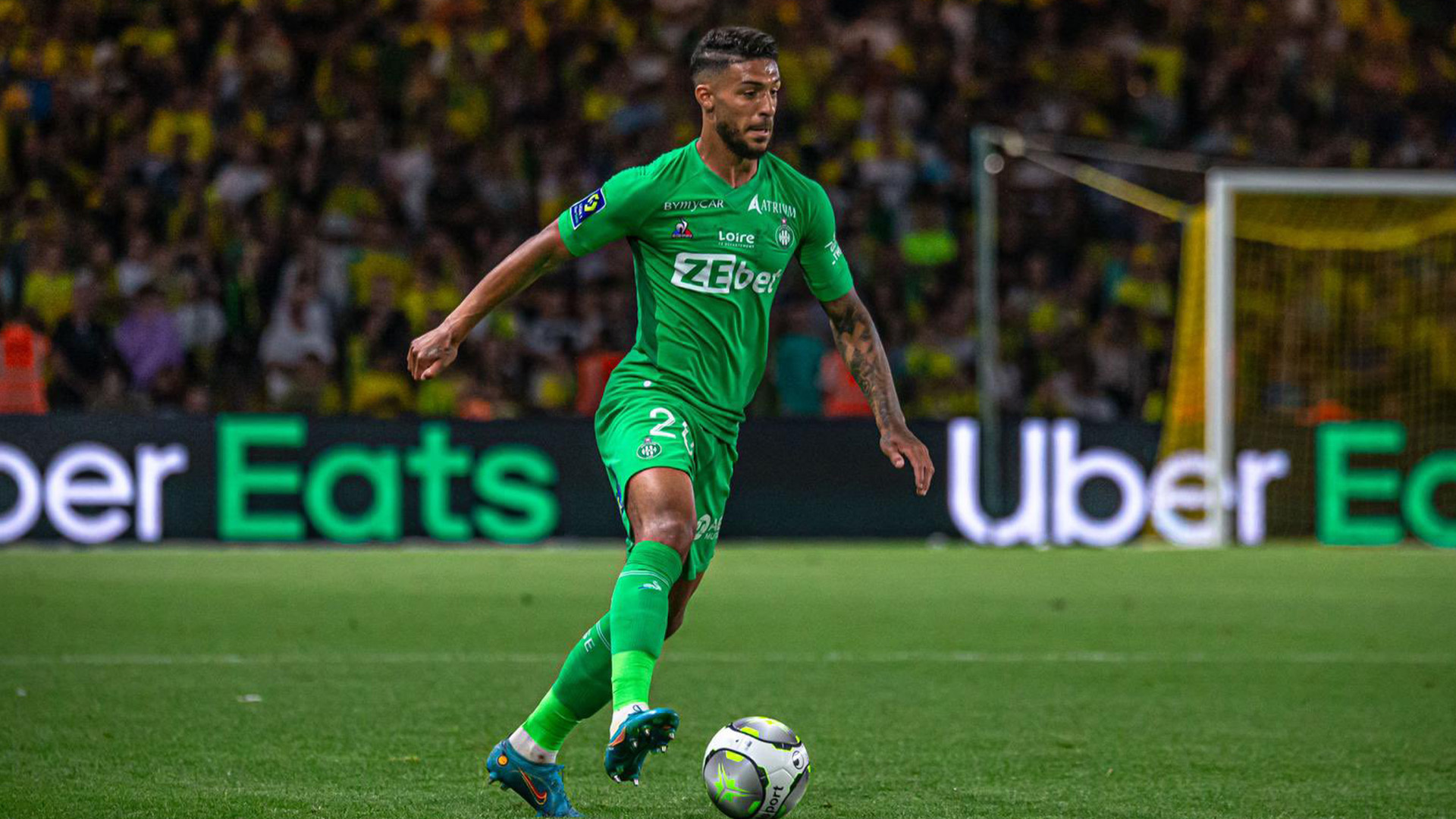 How will Denis Bouanga fit with the current LAFC squad?


The Gabon international’s transfer continues a summer of excitement for the west coast side, who have already added Gareth Bale and Giorgio Chiellini to their ranks, ensuring them as one of the pulling powers in MLS.


Whilst Bouanga may not be a household name like those two, he certainly brings talent and experience to the exciting LA side as he was one of Saint-Etienne’s more outstanding talents in their gloomy season, scoring nine goals in 34 appearances.


He has bagged 26 goals and 13 assists in 96 appearances for the French side. Many people are questioning how he will impact this side littered with stars such as Bale, Vela, and Chiellini and how much of an important player he can be for Steve Cherundolo’s side.


Despite relegation, Denis stood out massively for his team - those nine goals didn’t contribute to many points, only scoring one winning goal against FC Metz and two goals, which sparked comebacks against Lens and Bordeaux. He did score twice against PSG with some great finishes and intelligence.


His goal against PSG in the away match shows how effective he is at pressing, as he puts Danilo Pereira under a lot of pressure, forcing the Portuguese to lose the ball, which Bouanga then slots in for 1-0. He uses his energy by pressing vigorously and can force defenders into mistakes. He presses 24.2 times on average per 90, with 6.28 attempts being successful.


On top of being a great presser, he’s also a very capable dribbler with 2.55 completed dribbles per 90, placing him as one of the more successful dribblers in the league. He’s also direct with these dribbles, with 1.7 carries into the penalty area per 90, making him one of the best in that category.


2.22 progressive passes per 90 also back up his direct style of play - he is someone who wants to get in the box all the time and is a forward-thinking player.


He also outperformed his xG and xA of 8.4 and 4.5, respectively, showing he is clinical in taking his chances and also incisive with his passes.


In an aerial battle, he can win headers effectively with his 5’11’’ frame. He has won a staggering 43.3% of his fights, averaging 2.49 aerials won per game which places him in the 99 percentile for wingers, according to FBRef.


LAFC System and where he could fit in


The Black and Gold play a 4-3-3 system, pressing high and applying pressure in numbers forcing the opposition into mistakes. But they use the quality in passing to open space. They’re also capable of soaking in the pressure and playing on the counter, springing passes to the width for them to use their pace to catch the opposition out.


With Bale and Vela guaranteed starters, we could see him line up on the left side of the front three with Bale playing as a centre-forward where he can use his physical stature to hold up the ball for the wingers and quality to provide passes in behind. The Welshman also has traits to play as a classic poacher, using the width to create chances to score.

He is similar to Carlos Vela when he first arrived on the west coast, though with more European pedigree than Denis. Nevertheless, he still brings talent that could help bolster their chances of success in the MLS this season that may be needed providing that if either Vela or Bale were to get injured. Bouanga's immediate, intelligent, and incisive style of play could fit LAFC like a glove as he checks all the boxes they expect from their wingers.


His pace and dribbling ability could provide such a threat on the left-hand side, and it’s a signing that is worth celebrating.


Given his goal-scoring ratio and the fact that, except for the final six games of the season, his goals were too few and far between during the season, Denis' game appears to be inconsistent.


Other than that, LAFC made a wise decision in signing him because he matches their style, contributes goals, creativity, and excellent dribbling. He is also a very effective off-the-ball player.


It’s an exciting time for LAFC with two of the greatest footballers from their respective countries who have endured countless successes in Europe between themselves. While the Gabon international is hardly a household name, he could still be a vital player for future success at the Banc of California Stadium.