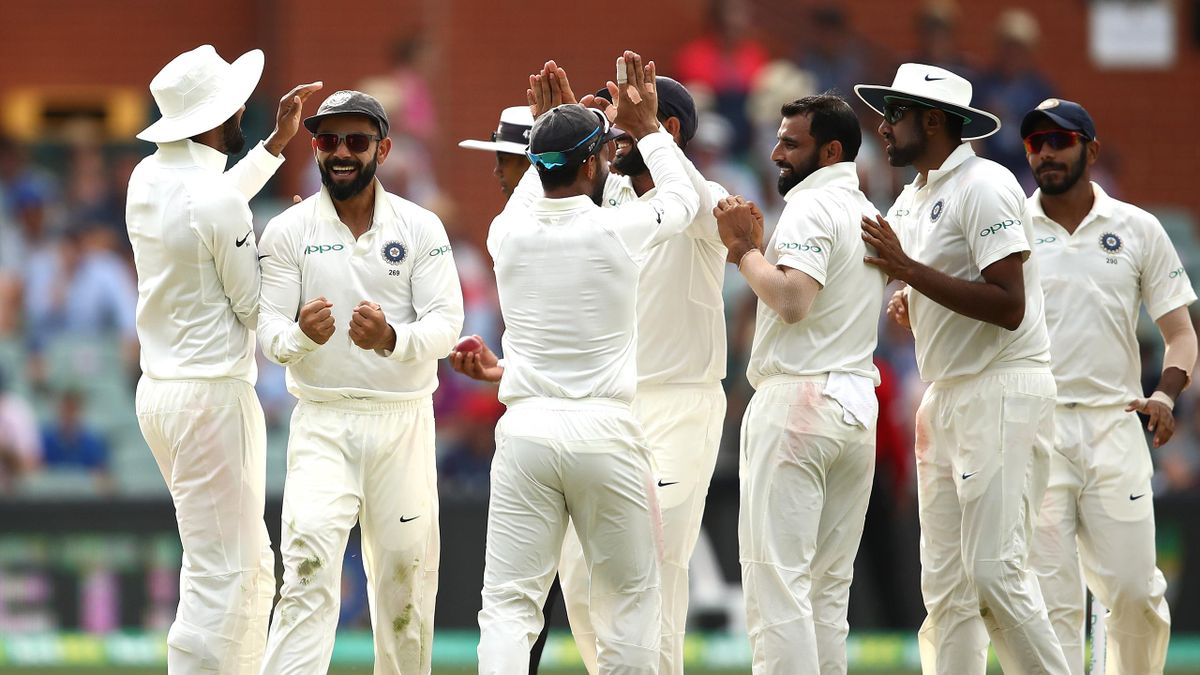 In the only practice game against Leicestershire, India won the toss and elected to bat first at the Uptonsteel Cricket Ground. The goal was clear- to hit their top form ahead of the crunch game against England and get accustomed to the rough playing conditions in England. Even though India led the series 2-1 after the fifth test was postponed last year due to the Covid outbreak in the Indian camp, the current form of the England team is better than ever. In a recently concluded test series against New Zealand, England whitewashed it with 3-0 in consecutive one-sided games.

In a good move by the BCCI, the Indian team used this practice game to their full advantage giving their batters and bowlers every chance to practice in the middle and get habituated to the local conditions. As a result, some of the Indian players featured for Leicestershire, including Cheteshwar Pujara, Jasprit Bumrah, Rishabh Pant, and Prasidh Krishna got good quality time in the middle. However, the main focus points were skipper Rohit Sharma and former captain Virat Kohli, as both look forward to getting some playing time ahead of the Edgbaston Test. Both the batters had a tough IPL season and had taken their time off before the England Tour. Kohli had a tumultuous time in international cricket in the last few years and has failed to reach the magical three-figure mark. His last Test century was a 136-run knock in Kolkata against Bangladesh in 2019.

As the match started, Indian fans didn’t imagine Jaspreet Bumrah rifting the bowling attack for Leicestershire. Even the English fast bowler Will Davis extracted a lot of movement from the wicket and troubled Indian openers Gill and Rohit squarely. India soon was fronting trouble in their first innings and lost four early wickets for mere 55 runs. Rohit fell on a miscued pull shot, while Shubman Gill, Hanuma Vihari, and Shreyas Iyer edged the ball to slips. Jadeja, too, couldn’t make an impression in the first innings and fell cheaply off 13 runs. Consequently, Kohli showed signs of returning to his form and built a partnership with Srikar Bharat, who impressively scored 70 runs (not out) in the first innings. Kohli made a good-looking 33, but he was given LBW out to a dubious on-field call. Additionally, Bumrah and Prasidh bowled 19 overs and claimed only one wicket while giving away 71 runs between them. For Leicestershire, Roman Walker, who is yet to play a first-class game, took five wickets. Walker took the wickets of Rohit Sharma, Hanuma Vihari, Ravindra Jadeja, Virat Kohli and Shardul Thakur.

While replying to India's first-inning score of 246-8, Leicestershire started at a weaker front and was barred to 44-3 amidst brilliance from Mohammed Shami and Mohammed Siraj. Pacer Shami gave India a bright start on the second day and battered twice to dismiss opener Sam Evans at slips and castled Cheteshwar Pujara on a duck. Shami bowled a good length delivery, and it climbed a bit on Pujara, who got an inside edge back onto his stumps.

After the dismissal, both Pujara and Shami had a smile on their face. Following this was all Rishabh Pant’s show, who entertained the hosts with a brilliant knock of 76 runs, which included 14 fours and a six. Hosts ended their first innings on 244/10, with India having a negligible lead of 2 runs. Meanwhile, Ravindra Jadeja and Mohammed Shami picked three wickets each for the visitors, while Shardul Thakur and Mohammed Siraj ended with a pair.

India, for the second innings, opened with Srikar Bharat and Shubman Gill and posted 80 for one at stumps, leading with 82 runs. On the third day, India posted 364 for seven in 92 overs. Three of the Indian batters gave phenomenal performances with Ravindra Jadeja (56*), Shreyas Iyer (62), and Virat Kohli (67) registering half-centuries and providing the team stability after a shaky start. Kohli’s impressive show ended when he played an uppish shot to the point, where the fielder took a fine catch to end his stay in the middle. Jasprit Bumrah got his first wicket of the match, however, it was not his best delivery. Navdeep Saini and Kamlesh Nagarkoti, the team’s net bowlers, looked pretty lavish throughout the innings, taking five wickets in total. Iyer, on the other hand, tapped the ball to square leg off Sai Kishore, thinking it had passed forward short leg fielder. As he tried to take a run, Sam Bates at forwarding short leg got Iyer run out.

On the final day of the tour match, Shubman Gill and Hanuma Vihari again batted, and this time featured for Leicestershire. While Gill scored a gritty 62, Vihari failed to impress for the third time in the game and departed for just 26 runs. Louis Kimber remained unbeaten on 58 runs. Hosts ended the game in a draw at 219/4 after 66 overs and still 147 runs behind India. India used nine bowlers on the fourth day, including Umesh Yadav, Shardul Thakur, and Ravichandran Ashwin, all of whom bowled the majority of the overs while Siraj and Bumrah bowled eight overs each.

Virat Kohli, Rishabh Pant, Shreyas Iyer, Shubman Gill, and Ravindra Jadeja’s half-centuries were the highlights as the tour match between India and Leicestershire ended at a draw. Mohammed Shami was impressive as he claimed three wickets in his 17 overs throughout the game, while Shardul Thakur and Ravindra Jadeja took three wickets each. However, India has a long list of concerns.

In a massive blow for India, Rohit Sharma tested positive for COVID-19 on the penultimate day of the tour match and is likely to miss the test match. Mayank Agarwal, who has been called to the India squad, will be short of match practice. India will also miss in-form KL Rahul as he is out injured, which means they only have one regular opener in the form of Shubman Gill. Hanuma Vihari also failed to make an impact and was dismissed thrice in this four-day warm-up game, gathering only 49 runs. Jasprit Bumrah, on the other hand, just got one wicket of Virat Kohli (not his best delivery) from his 29 overs in three outings. The middle-order other than Kohli, Pant, and Bharat looked inconsistent and needed more time to get in the groove.

Kohli looked sharp mostly and defended the balls well. Hopefully, a good knock coming from the former skipper is on the cards in the fifth test. However, England has an upper hand as they are well prepared after three tests against New Zealand and are in form. They have a great chance of levelling the series 2-2 and India will be happy and contented, even if they can get the game drawn.