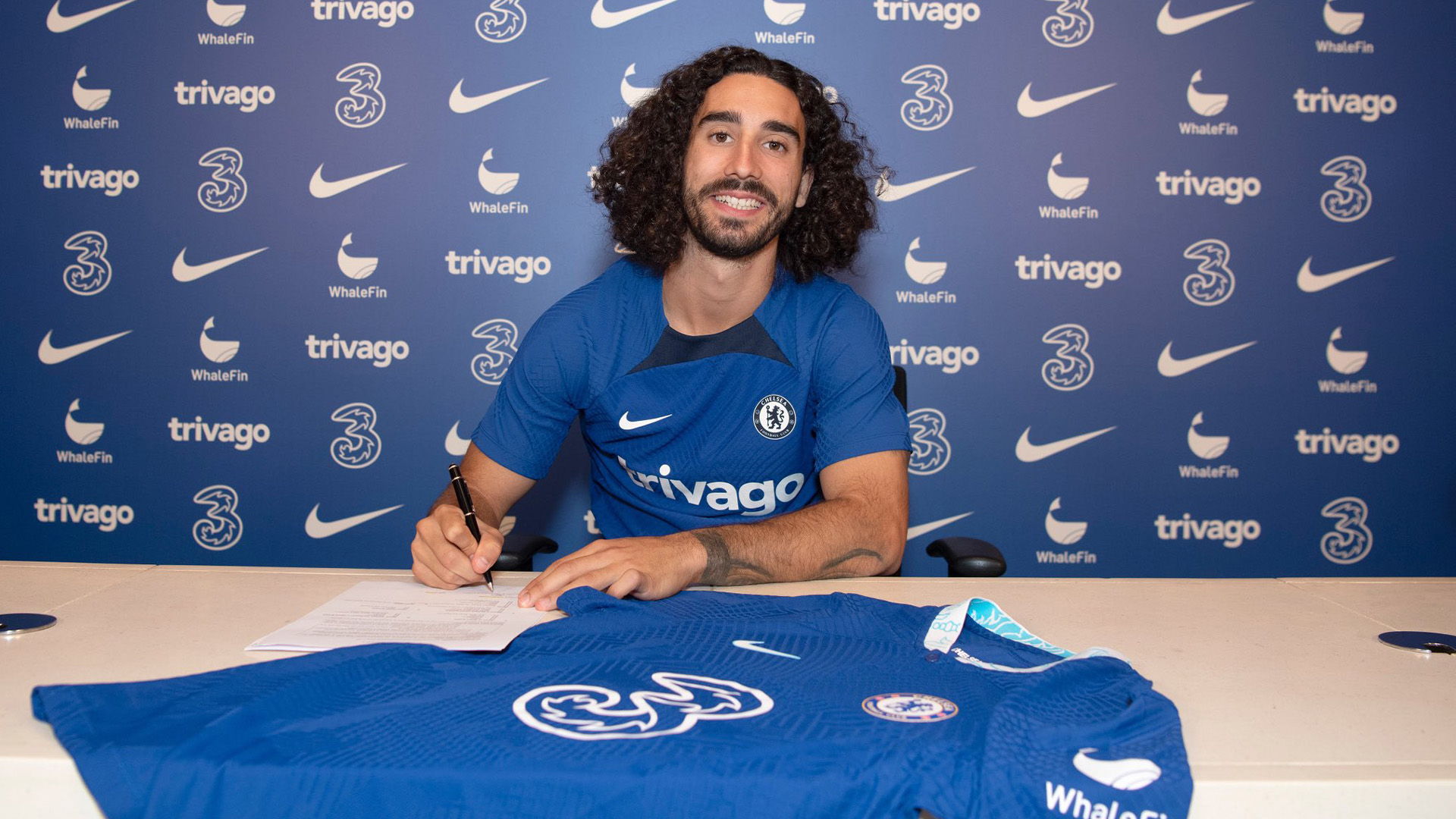 Chelsea has completed the signing of Brighton left-back Marc Cucurella for £63 million, add-ons included. He signed a six-year contract with the west London side making him the most expensive left-back in history and the third-most expensive Spanish player of all time.

Last summer, the left-back joined the Seagulls from the Spanish side Getafe for £ 15 million. He impressed everyone in his debut season in the Premier League, playing at left-back, left centre-back and left wing-back throughout 35 league appearances while scoring once for Brighton against Man Utd. He won BHAFC’s Players’ Player of the Season award and their Player of the Season honours.

Cucurella is an excellent signing for Thomas Tuchel’s side. Chelsea struggled to find a competent left-back replacement after the great Ashley Cole left the team in 2014. They have tried to do it with players like Felipe Luiz, Baba Rahman, Marcos Alonso, Emerson, Kenedy and Ben Chilwell but have failed. Tuchel’s current 3-4-2-1 system uses wingbacks and three centre-backs, and Cucurella has considerable experience playing in a similar style for Graham Potter’s Brighton.

Cucurella usually lined up to the left of 3 centre-backs — Adam Webster, Lewis Dunk, and Dan Burn, occasionally filling up Dan Burn’s spot when he didn’t play. The Spaniard possesses the electric speed to press the opposing wingback high up the pitch. His speed allows him to adopt a more aggressive, front-foot style of defending — the kind favoured by high-intensity coaches like Tuchel.

Standing at 5ft 8in (172.7cm), height seems like a weakness for him, but it is not so, winning 54% of his aerial duels, which puts him at the 76th percentile. His controlled aggression, good timing, and jumping ability give him a chance to compete for headers.

When Brighton met Chelsea at Stamford Bridge last season, he played in a left-sided centre-back position. He contributed with his enterprising defending and helped Danny Welbeck score an injury-time equaliser with an inch-perfect cross from a deeper position. He played in that role frequently as the 2021-22 season went on, and by the end of the season, he played 25% of his total Premier League minutes in left-central defence.

His aggression and sharp instincts make him a hugely disruptive defensive presence, and he has a lot of ball recoveries to his name, a quality that Tuchel values highly. He displays a similar level of output even when he plays as a left-back with a high overall defensive impact. As a left-sided centre-back for Brighton, Cucurella defended diligently and brought dynamism in build-up play to the side. In possession, Cucurella is calm and comfortable on the ball in tight spaces, technically secure with high pass completion numbers to keep his team in control and progress the play.

As a left-back, he presses the opposition wingers and stops crosses, at the same time being comfortable in attacking positions, overlapping and underlapping the winger ahead of him with pace. He always looks to pick out a teammate when delivering a cross or a cutback. Assist in the Premier League last season doesn’t show the full array of his attacking threat, which includes deep crosses, high and wide deliveries, and cutbacks.

He could disturb the opposition's defensive lines and help sustain attacks with his exceptional passing and ball retention, much like Rudiger might, by making comparable daring runs into their half. Among all defenders in the league, Cucurella played the fourth most passes in the final third, completing 78% of those passes. Cucurella also registered 41 key passes which were fourth among PL defenders. These skills in the final third would suit any team that prefers to hog possession like Chelsea.

At Brighton, he scored one goal and assisted one goal, but he had an xA of 2.90. He ranked third in the list for most chances created from open play by a fullback, behind Liverpool’s Trent Alexander-Arnold and Andrew Robertson. He also ranked second for the most tackles in the league behind Crystal Palace’s Tyrick Mitchell. He also completed 5 through balls which were fifth in the league. With Marcos Alonso's future in doubt amid interest from Barcelona and Rudiger leaving for Real Madrid, Cucurella can fill a couple of positions for Tuchel.

Adding Cucurella to the squad makes Chelsea's defence formidable, but they still need a couple more signings to close the gap for a title challenge with the two top sides in Man City and Liverpool.