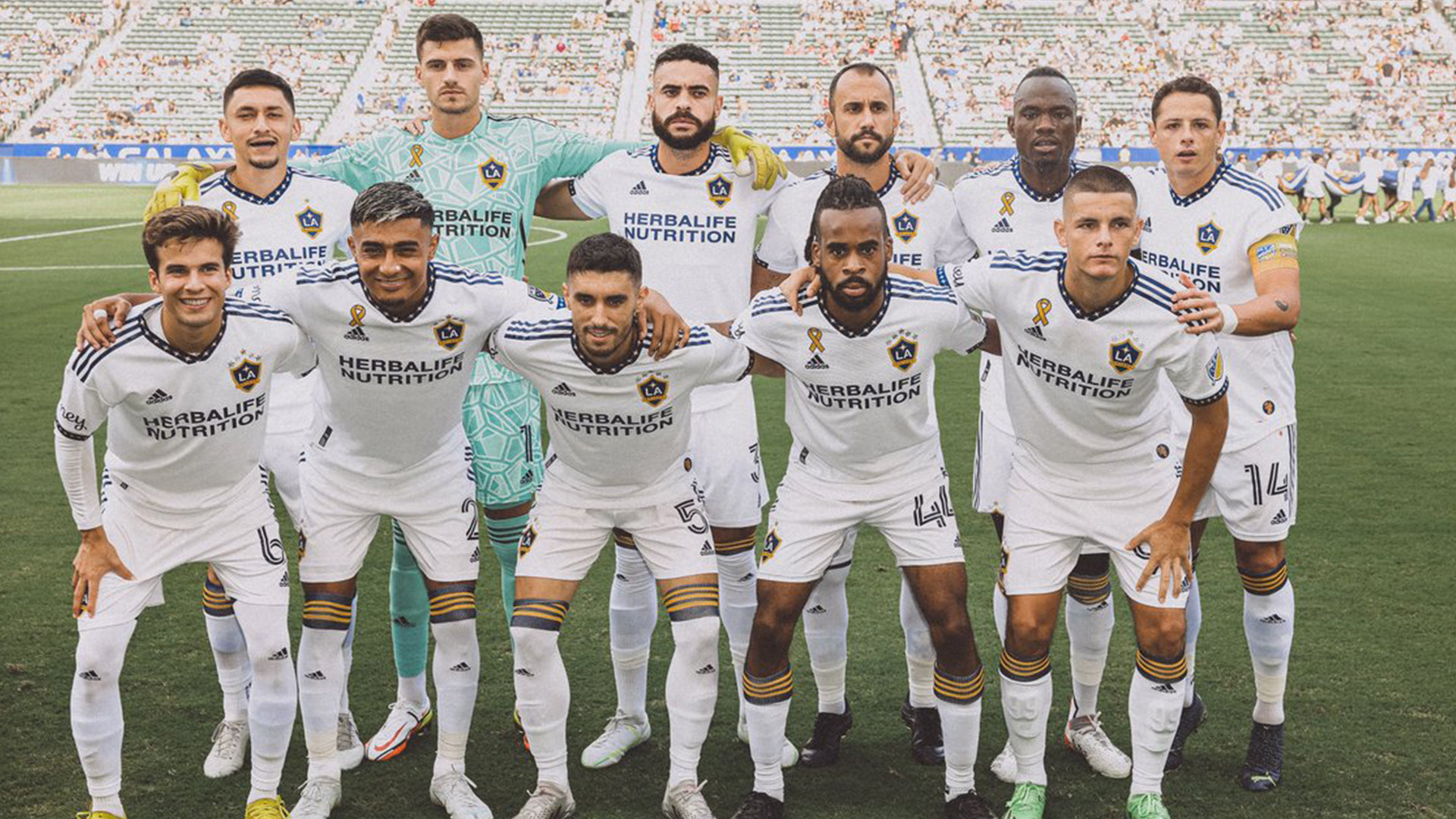 
LA Galaxy pushing for the Final playoff spot in the west, drew for the third time in the last five matches. After taking a beating from Sporting Kansas City last month, LA was eager to return the favour in front of their home support at Dignity Health Sports Park. But there seems to be a new pattern emerging from this Galaxy side- lead in 1st half, crumble in 2nd and score late on to secure a point or win the match and add some drama.


First half – LA first half lead and solid at-back


Galaxy came into this match with newfound confidence and spirit and with revenge on their mind after what happened when they played Kansas away. LA again changed the formation for this match and played with 4-4-2(diamond), with Vazquez in the number 10 role behind Chicharito and Joveljic.


LA Galaxy took the lead in the 4th minute when Riqui Puig played a perfect pass to Vazquez at the half turn. He then slid the ball in Chicharito’s path with a chipped pass, who took it on his left foot to get a distance between himself and the defender and placed the ball to the right of the keeper to score. With this goal, he scored his 200th career goal. Few chances fell to Sporting as well, with two of them being free kicks, but they couldn’t convert those half chances to level the scoring before heading in at halftime.


Second half – Lost the plot again and another draw


When the teams came back on, Galaxy looked like a better team and solid at back. One can say the team looked like not wanting to repeat the mistake of the recent past and take 3 points home, but it always looked like a 2nd goal would be required to do that.


Kansas was a team who believed, having put four past the same team about a month ago. And their first big chances came with a penalty when a Galaxy defender handled the ball in the box. Johnny Russell stepped up to take the penalty and converted from the spot even though Bond got his hand to the, twice in as many matches, but couldn’t stop it. There may be a penalty save from bond around the corner.


Nine minutes later, SKC completed the comeback when Felipe Hernandez stretched the LA defence, and William Agada found him on the run at left. Hernandez drove into the box from there to the defence that found itself in no man’s land because of a lapse in concentration and took a shot that deflected Araujo into the nets.


And in the final minutes of the games, Galaxy got two penalties. The first one was when Puig turned the substitute midfielder Rosell of SKC the way he wanted and drove through there before sliding through for Cabral, who won the penalty and that was converted by Javier Hernandez to the top right corner of the keeper to level the scoring.


The second was when a cross found a LA player in the box who headed it towards the goal, and a Sporting KC player had in hand in the way. Chicharito again stepped up to complete his hat-trick and tried to Panenka the keeper, only for the keeper to read his thoughts and handle the ball safely. LA had the chance to win the match, but they threw it.

Is it time for the AEW star Dustin Rhodes to retire?