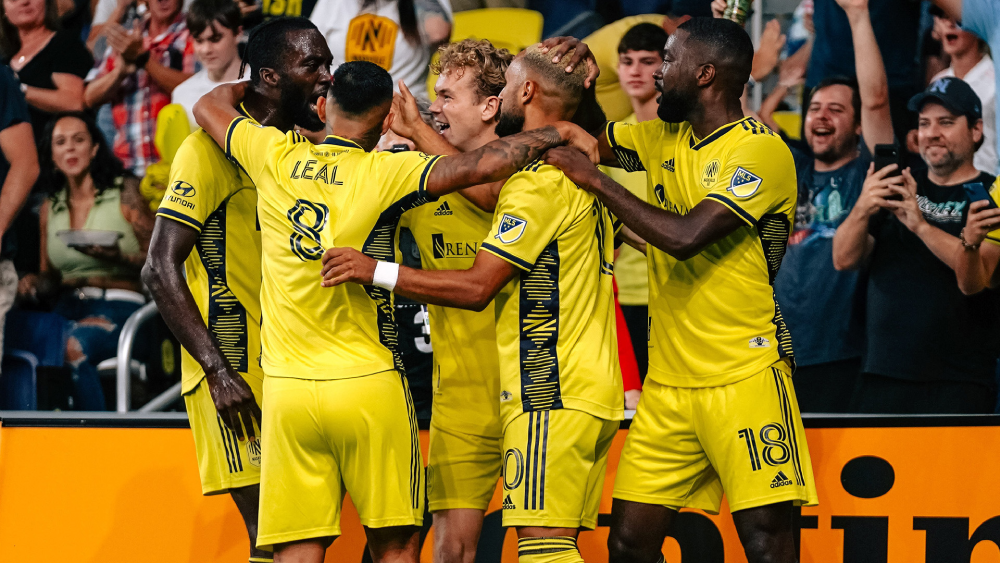 Gary Smith and the Gold team stunned FC Dallas, who were in third place, with a 4-0 victory, while Nico Estevez and his team suffered a shattering loss in the fight for the playoffs. The victory marked the home team's impressive comeback from a loss to Minnesota last week.

The GEODIS Park were ecstatic when under 5 minutes, Nashville got off to a flying start. A gorgeous exchange of passes took place between the two strikers up front, and Mukhtar let a cross from the right flank go towards Sapong as the latter passed to him. Sapong then bolted through the box after receiving the ball, dribbled past Farfan, and finished outrageously by riffling the ball past Paes into the top left corner.

In the 18th minute, Nashville went close to doubling their lead when left back Daniel Lovitz picked out Sapong, who ended up side netting the ball and Shaffelburg’s left corner curler by into the middle from the right flank went just wide of Paes. Eventually, Shaffelburg scored after a Mukhtar layoff, and a new man surged into the box, resulting in a powerful strike that was too much for Paes to handle in the 25th minute, doubling the home team's lead.

A free kick was given to Nashville in the 33rd minute outside the penalty area. Mukhtar stepped up and bent a curling free kick as the ball had blazed his way to the top right corner leaving Paes unmoved and in shock as the former Brondby man and German-born brought up his 16th goal of the campaign.

Randall Leal went close to adding his first goal on the night and Nashville’s fourth as his thundering right footed shot marginally went over the bar. At half time the home side was buzzing and looked ruthless, leaving Estevez’s side clueless.

Nashville got things going quickly, and in the 51st minute, Alex Muyl—who had entered the game in the second half—received a cross from Sapong at the edge of the box. He took a small step over, but Paes stopped his right-footed shot.

Mukhtar came close to scoring twice more as Leal set him up in the box, but Paes stopped his audacious chip this time in the 70th minute as Mukhtar nearly completed his hat-trick and scored his 17th goal of the season.

Nashville continued to press relentlessly higher up the pitch with Mukhtar and Sapong at the helm. Centre-half David Romney capped off the fourth goal on the night with a glancing header at the near post as the former L.A. Galaxy man brought his 3rd goal of the season.

The home side pressed for their fifth goal when Paes saved Randall Leal’s shot, which eventually went straight back to the former, who spotted Mukhtar’s run as Paes pulled out another great save from the German’s strike.

The home team's emphatic 4-0 victory was a testimonial to their level of effort and intent, much to the relief of FC Dallas, who was unable to withstand Nashville's zeal and saw the full time. Their drive and prowess in the box were there to see the get-go.