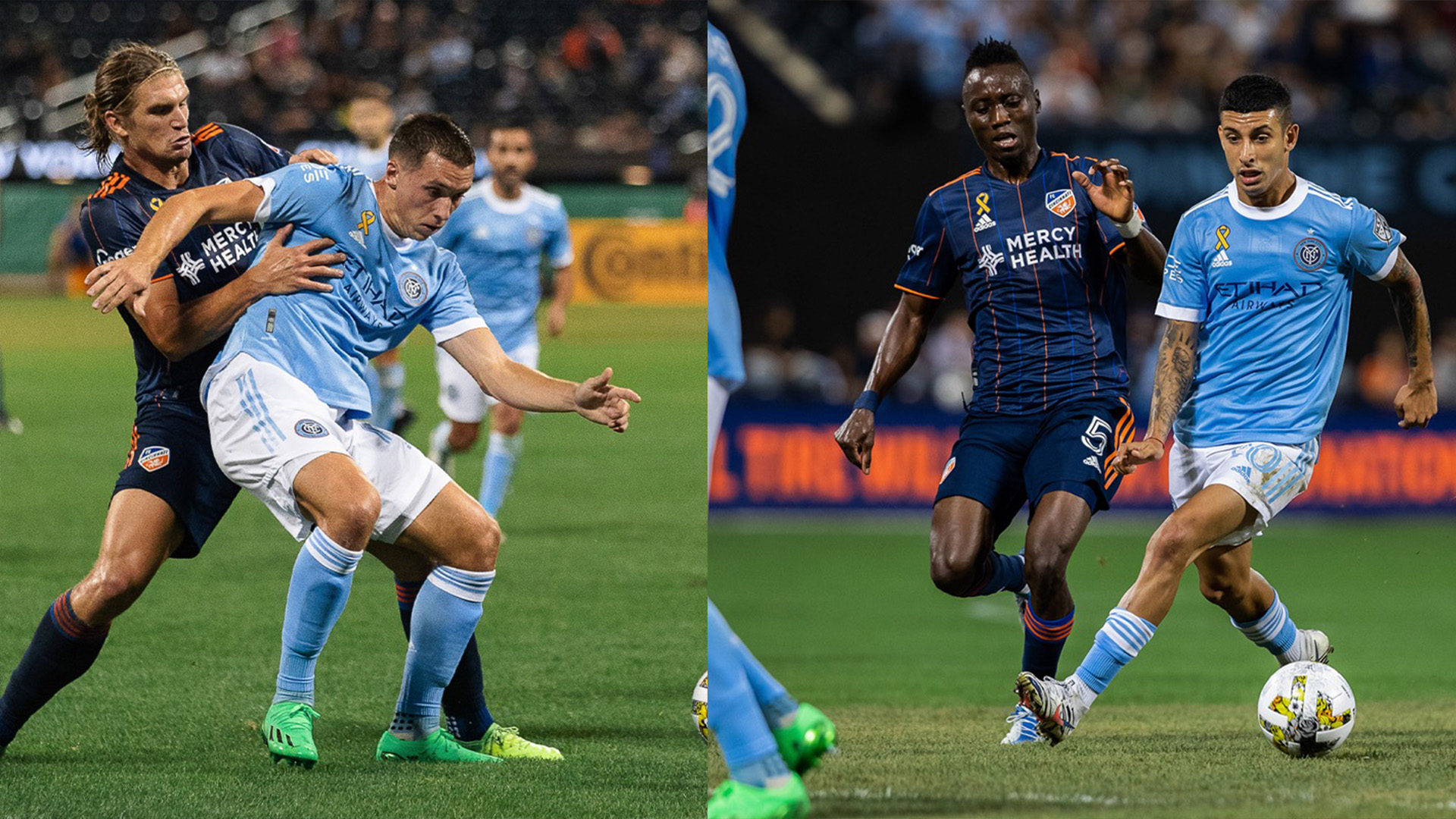 
Race for the play-off is heating up, and both teams must have been wanting more from this game. NYCFC defender Thiago Martin had a rough day at the office with an own goal and red card.


New York City FC dominated the first half and scored. But also gifts away a goal. They created a lot of opportunities & Cincinnati never got a look in. The first one came in the 7th minute when New York's right-wing back passed it inside the box for attacker Magno, but he snatched his chance wide of the goal.


They had an opportunity from the corner before gifting a goal. In the 22nd minute, Thiago Martins made a back pass without raising his head to find the positioning of his goalkeeper, and it rolled into the City net. Even with the keeper's best effort, he couldn’t stop the ball, to give Cincinnati the lead against the run of the play.


All Thiago Martins’ teammates could do was console him because this had happened to them for 2nd time this season. In the following, New York builds the attack & Gray takes a shot from way outside the box and gets deflected, but Cincinnati keeper Celentano was equal to it. And in the next few minutes, New York piles up the pressure and attacks the Cincinnati box but to no avail.


Despite creating many chances & not converting them, many would have thought that NYCFC must have learned the lessons in the first half. But that was a bridge too far, and they wasted the chances that came their way. The opportunities were lesser than in the first half as Cincinnati tightened the defence.


Heber took a shot in the 72nd minute, hitting the crossbar, then the keeper and going out before the red card. NYCFC lost their concentration for a bit, and the Cincinnati attacker was through on goal. So Martins had to take him down and in the process,  got a red card.


New York shot themselves in the foot because it killed their momentum, and all they could do from there on is to take only a point home.

Is the Croatian MMA fighter Ante Delija next star on PFL?