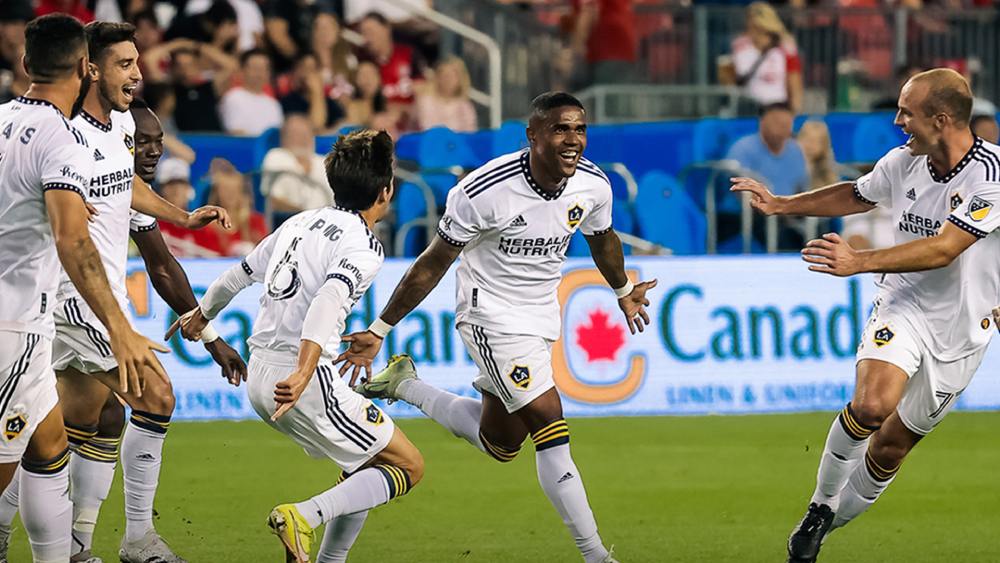 
LA Galaxy were playing their 2nd consecutive away game at BMO Field against Toronto FC & this match had it all. Star stepping up in big moments late goal a bit drama & who doesn’t love a bit of drama. All of those things are just for their end in a draw. A 2-2 score line does say that it was entertaining, and it certainly was.

Coming into this game, LA Galaxy head coach made a few changes and changed the formation and from the Game versus New England Revolution. Douglas Costa and Samuel Grandsir started the game Riqui Puig also started the game in the number 8 role. Both teams wanted to dominate possession and began the first half in a cagey fashion. There weren’t many chances for either team to score goals.

Both teams were reduced to taking long shots. Insigne created a promising opportunity for Toronto when he whipped a delightful cross for Bernardeschi, but he couldn’t head it toward the goal and skied it. Chicharito earned a free kick for his team in the 24th minute. Douglas Costa took this freekick and placed it with enough power to the left side of TFC keeper Bono to open the scoring. There wasn’t much happening after that in the first half, and the Galaxy were the happier side going into halftime 1-0 up

Second Half – Puig strikes to pull a point back for LA

Toronto came into the 2nd half with a point to prove and get their home supporter back on their side. TFC created the first significant opportunity of the 2nd half in the 55th minute. After some passing around, Insigne again crossed it to Bernardeschi to reach the ball from the outside of his boot to put it in the net, but it was ruled offside. 2nd half started with a bit of fire from Toronto when a substitute from their bench kicked the LA player forcing the ref's hand to pull out a card. TFC made their changes in the 60th minute, bringing them back in the game. Jesus Jimenez & Ifunanyachi Achara entered the game in the 60th minute and combined in the 61st minute to equalise for Toronto. Achara received a pass in the box and pulled it back for Jimenez to score.

Galaxy made a few changes in the 67th minute to score a goal and win the match for them. But first, Bernardeschi created an opportunity  from a corner, but Insigne couldn’t latch on to the loose ball, and his bicycle effort went over the bar. Then it was LA’s turn to go at the TFC goal. Kevin Cabral took a shot from the left but was unable to get it away from the goalkeeper. Puig then took a corner kick for LA using a different technique, giving Efrain Alvarez the chance to take a shot from the edge of the box, but he sent it straight into goalkeeper Bono's hands.

Then in the 80th minute, Bernardeschi drew a foul from Raheem Edward in the box to win a penalty. Then he converted from the spot, although Galaxy keeper Bond got his right hand to it but couldn’t stop it with all the power Bernardeschi put behind it. As the game was closing, Riqui Puig came up with something special to equalise for LA. After exchanging quick passes with Brugman around the box, Puig let it fly from outside the box in the top left corner past the Toronto keeper Bono. With this draw, LA Galaxy is unbeaten in $ games and has got themselves in a position to fight for the final playoff berth in the west.

Wilfried Zaha: What makes this winger so special