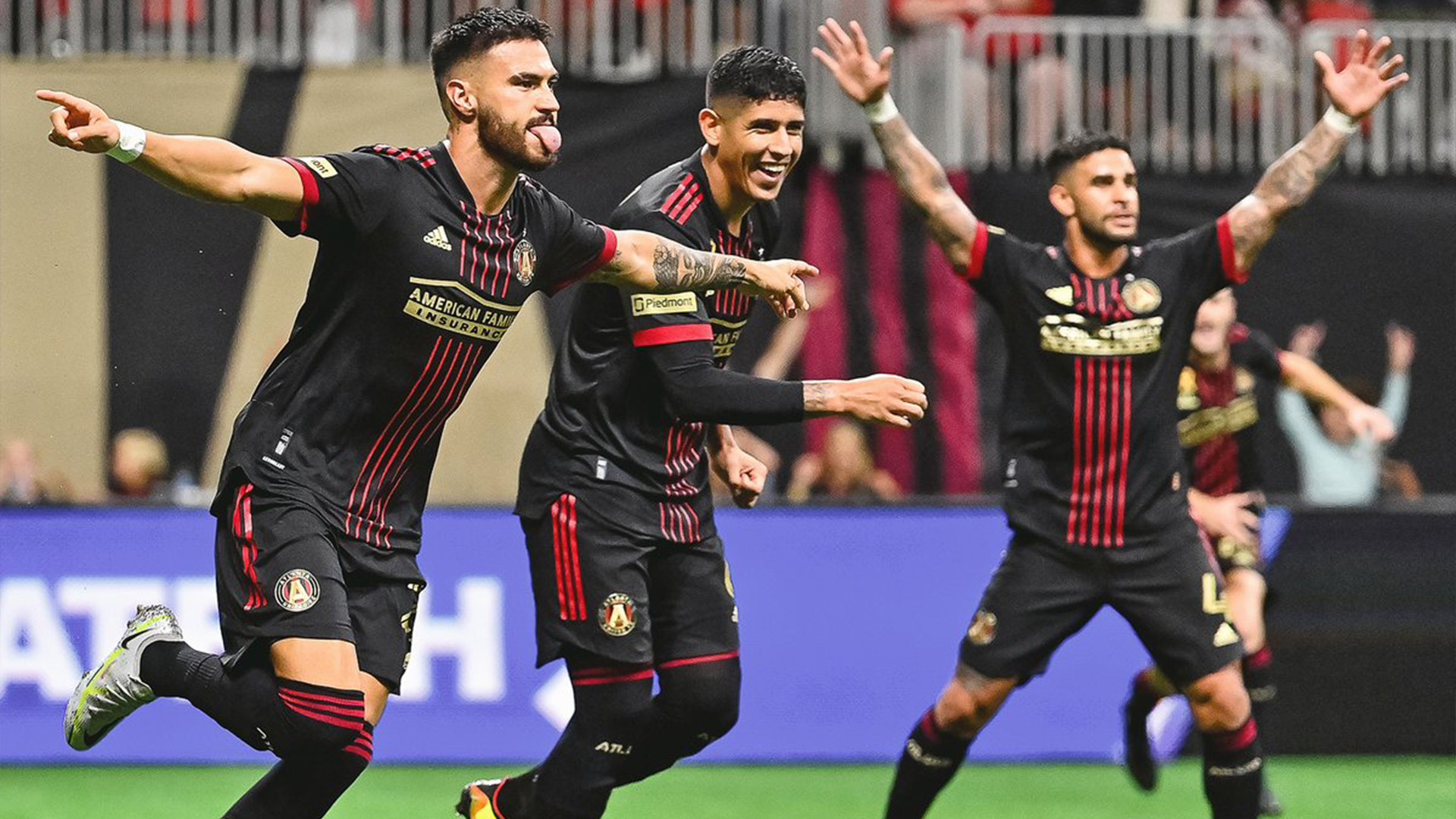 Atlanta United defeated Toronto 4-2 at the Mercedes-Benz Stadium to boost their play-off hopes. Defender, Juan Jose Purata completed a hat-trick to become the first player to score three-headed goals in a single MLS match since 2010.

Toronto sits in 13th place, eight points ahead of bottom-placed DC United. Atlanta places 10th, but there is not much in it, as they only have two more points than Toronto. Despite their low placement, the sides are only a few points off the play-off spots, with United only five points behind seventh-placed Columbus in the Eastern Conference.

Atlanta made a handful of changes from their 2-1 defeat away at Portland Timbers, with their formation switching from a 4-2-3-1 to a 4-3-3 to allocate space for a central midfielder, Amar Sejdic. On the other hand, Toronto also made several changes to their side that narrowly lost 4-3 to Montreal, but the front three remained unchanged. Bod Bradley started with a 4-3-3 to counteract Atlanta’s threat.

Play commenced, and Atlanta created a great chance after only eight minutes had been played. Individual brilliance from left-back Andrew Gutman saw the American skip past the challenges of multiple Toronto defenders to burst into the box. Gutman drove at the Toronto goal and played a smart one-two with Dom Dwyer, who set Gutman for a strike at goal. In a moment of panic, the full-back chose to utilise the outside of his boot and blasted the ball over the bar from close range.

The referee pointed to the spot in the 10th minute after Brooks Lennon was brought down by Shane O’Neil. Lennon cut back after going to shoot and was caught by the outstretching leg of O’Neil, who was fooled. Luiz Araujo stepped up for Atlanta, but his effort was saved by the goalkeeper, Quentin Westberg. It looked to be written in the stars for the forward, whose last goal came against Toronto, but he saw his tame effort caught by the diving keeper.

In the 32nd minute, Westberg denied Araujo again to keep the score at 0-0. The Brazilian was found on the left and drove his shot goalward. It was met by the hands of Westberg, who palmed away the strike to keep the scores level.

Only a minute later, in the 33rd minute, after their first proper attack, Toronto was awarded a penalty. Federico Bernadeschi drove into the box, wriggling through the United defence. The Italian lost his footing and released a weak effort in a last-ditch attempt to conjure something up. The referee blew his whistle as he judged Alan Franco to have handled the ball inside the area. However, after a video review was conducted, his decision was overturned, and no penalty was given.

After a hectic first 45, the tie was still goalless. However, things were about to drastically change.

Atlanta almost broke the deadlock only a minute after play had resumed as Thiago Almada almost captivated on a sloppy pass from Mark-Anthony Kaye. The Canadian lacked awareness as he played the ball directly to the feet of Almada, who ran into the box and released a strike that was tipped around the post by Westberg.

However, the consequence came after the resulting corner was whipped in and then nodded in by Purata. The defender rose highest and set ‘Air Force Juan’ off to break the deadlock and give his side a deserved advantage following the interval.

Minutes later, Westberg was called into action again after a speedy Atlanta break. The ball fell to Sejdic, who tested his luck from 25 yards out. His powerful effort stung the hands of Westberg, who stood his ground to deflect the strike wide.

Ayo Akinola equalised for Toronto in the 52nd minute after he passed the ball into an empty net. Excellent work from Michael Bradley in the heart of the Toronto midfield enabled the American to find the feet of substitute Jesus Jiménez. The number nine played in Akinola, who shot early to surprise the outrushing ‘keeper. His shot was blocked by the sliding challenge of Purata, who did very well to recover. Fortunately for the visitors, Akinola was in the right place at the right time to capitalise on the rebound and equalise. He passed into an empty net.

After a goalless first half, it was goals galore after the break. Purata restored his side’s advantage in the 62nd minute with yet another header from a corner. A poor ball in was revived by Gutman, who flicked the ball into the back-post, where Sejdic was waiting. The midfielder nodded the ball across the face of goal and found Purata, who completed his brace from close range to make it 2-1.

The host’s lead did not last long as a third penalty was given after Purata went from hero to zero within minutes. The defender tripped Jimenez inside the area, and this time the penalty stood. Bernadeschi made no mistake from twelve yards and sent Raúl Gudiño the wrong way to equalise.

After a magnificent solo run by Almada was capped off with a graceful curling effort that touched the top right corner of the net, Atlanta quickly regained the advantage. After holding onto the ball well, the Argentinian sent the home fans wild with an effort from outside the box that flew into the back of the net like a rocket. After 74 minutes, it was 3-2 to Atlanta, who had dominated the game.

Almada could have and should have been on the scoresheet twice. In the 88th minute of the game, he was one-on-one with the ‘keeper inside the area. He lacked composure and flashed his shot into the hands of Westberg, who got down well to tip the ball round the post.

He would soon forget about the miss after helping grab Atlanta’s fourth. It was that man again, Purata, who took the match ball home after scoring in the 88th minute with another header. Almada delivered a dangerous ball in, which was flicked on at the near-post by Franco. When the ball sped across the area, Purata's head was there to meet it and complete his hat-trick in the second half, giving his team three points.

Toronto almost halved the deficit towards the end of the game but was denied by the woodwork. Richie Laryea was slotted in and crossed the ball low across the box to the advancing Deandre Kerr. Kerr was at a tight angle and saw his effort rebound off the post to prevent any possible late comeback being launched.

The referee blew the full-time whistle to conclude a thrilling half of football that saw Atlanta United beat Toronto 4-2.