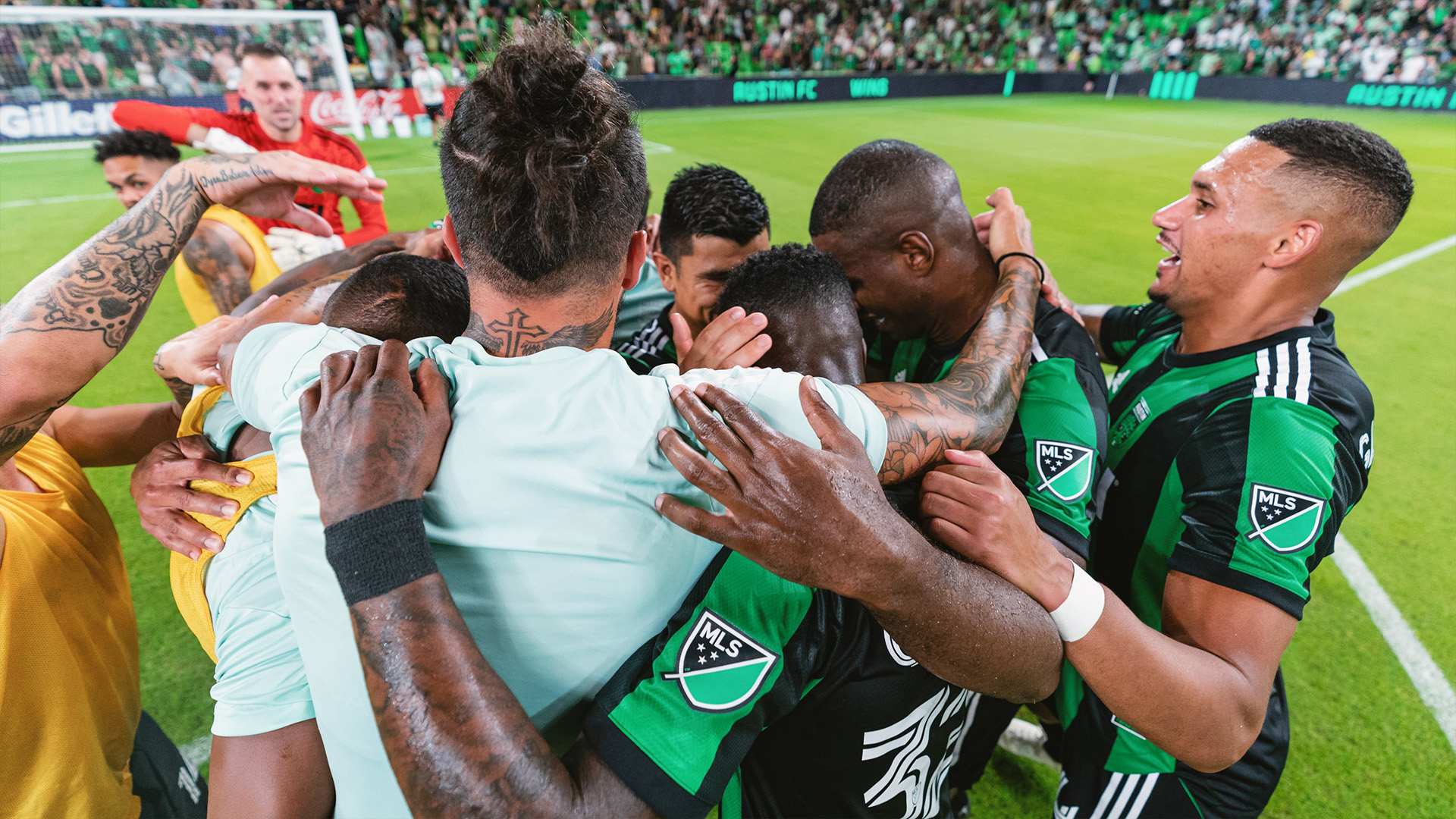 Austin FC completed an incredible comeback to defeat Sporting Kansas 4-3 at the Q2 Stadium. The game was one to remember and an advert for the sport in the states, as the seven-goal thriller put fans through all emotions possible throughout the ninety minutes.

Austin went into the game as favourites, as they sat second in the Western Conference of the MLS, where their opponents found themselves at the foot of the table in 14th. In the reverse fixture at Children’s Mercy Park, Austin defeated Sporting Kansas 2-0, with Cameron Duke’s first-half red card adding to Kansas’s woes.

However, a surprise could have been in store as Andreu Fontas, a guest, scored the game's first goal. The Spaniard followed up on a save from Austin's keeper, Brad Stuver after he saved a Johnny Russell free-kick from the edge of the box. Stuver should have done better, as he spilt Russell’s strike, giving Fontas an unmissable opportunity.

William Agada doubled City’s lead after 23 minutes as he took advantage of another Stuver mistake. Up to this point, Kansas had not had much of the ball, with Austin dominating possession as they searched for an equaliser, but Sporting made this spell on the ball count. A long-ball was sent deep from the Kansas half by Graham Suzi, who spotted the run of Honduras international Roger Espinoza. Espinoza showed his technical ability as he brought down the ball magnificently and volleyed the ball goalward. Stuver did well to rush off his line and deny Espinoza a goal but should have kept out Agada’s shot following the save. Agada collected the ball after the save and shot first-time towards the bottom left corner, where Stuver slid in an attempt to put the ball wide of the post. In doing so, he deflected the ball into the roof of the net. Had he opted for his hands, the American would have most likely saved it.

After four minutes, Jon Gallagher halved the deficit and pulled one back for Austin. A corner was whipped in and caused chaos in the Kansas box, with Austin denied by a goal-line clearance. However, Kansas couldn't handle the pressure and was penalised for failing to clear their lines. The ball fell to Gallagher on the edge of the box. He adjusted his body for the bouncing ball and hit it sweetly on the half-volley as the ball evaded the outstretched arms of John Pulskamp in the Kansas goal.

Austin's optimism after Gallagher's goal was short-lived as Johnny Russell's penalty kick conversion restored Sporting Kansas' two-goal advantage. The referee pointed to the spot after Ethan Finley brought down Erik Thommy. Thommy received the ball in the area, following a cut-back from Suzi, and made his way around the box to open up a shooting position. When in a more central position, he was tripped by the stretching leg of Finely and went down. Russell made no mistake from twelve yards and fired his side into a 3-1 lead. The Scotsman showed composure to send Stuver the wrong way and get his name on the scoresheet on the stroke of half-time.

Pulskamp ensured his side went into the break with a 3-1 lead by denying Sebastian Driussi. The Argentine cut in from the left wing to drive at the Kansas defence and released a dangerous shot from range that Pulskamp did well to tip over the bar.

Agada almost added a second after the interval but came out second best from a one-on-one situation against Stuver. Zusi played a brilliant through ball that sent Agada through on goal, but Stuver saved his shot, who tightened the angle and used his feet efficiently. Had Kansas added a fourth here, they most certainly would have won, but this miss had much more consequence than their players knew at the time.

The comeback started just after the hour mark, as Julio Cascante headed in to make it 3-2. The goal came after another dangerous Austin corner, and Kansas failed to clear the ball yet again. The ball fell to Driussi, who crossed into the danger area where several Austin players were. The cross deflected off a City boot, and its trajectory landed on the forehead of Cascante, who nodded in to kickstart the Austin revival.

Kansas held their lead for the next twenty minutes, and with five minutes remaining, it looked to be them who would take the share of the points. But Danny Hoesen had other ideas. There were lots of green shirts in the Kansas box due to the long throw of Gallagher, who launched the ball into the mixer. Later, it was headed away, but only by Felipe Martins, who used his first touch to loft the ball back into the penalty area.

Hoesen demonstrated tremendous technique before sending the ball into the net before it could even land on the ground. He then spun off in jubilation. He watched the ball come over his shoulder, drifted away from the Kansas defenders, and volleyed. It rifled into the bottom corner and equalised the tie. But the comeback was still not complete.

Driussi snatched the points from Kansas in the fourth minute of injury time. A cross came in from Zan Kolmanic on the left flank, the cross was misdirected and fell at the feet of the approaching Finlay. Finlay prodded the cross in the direction of Driussi, who was waiting in the box. The striker showed his clinical instinct and sent the home fans wild after finishing the chance to mark the completion of a seismic comeback.

The result means Austin holds an impressive nine-point lead over third and is now six points behind the leader, LAFC. However, Austin has played one more game than the sides above and below them. The heart-breaking defeat for Kansas sums up their season, as they now find themselves at rock bottom of the Western Conference after picking up 23 points from 26 games. It was a spirited first half from Kansas. Had Agada made it four, there would have been no comeback from the hosts. Therefore, despite Stuver’s mistakes, he kept his side in the tie and inspired a monumental comeback.

Sporting KC now travels to Portland in what is expected to be another uphill battle against the Timbers. Austin also plays away next, as they travel to fourth-placed Cincinnati and then host table-topping LAFC.