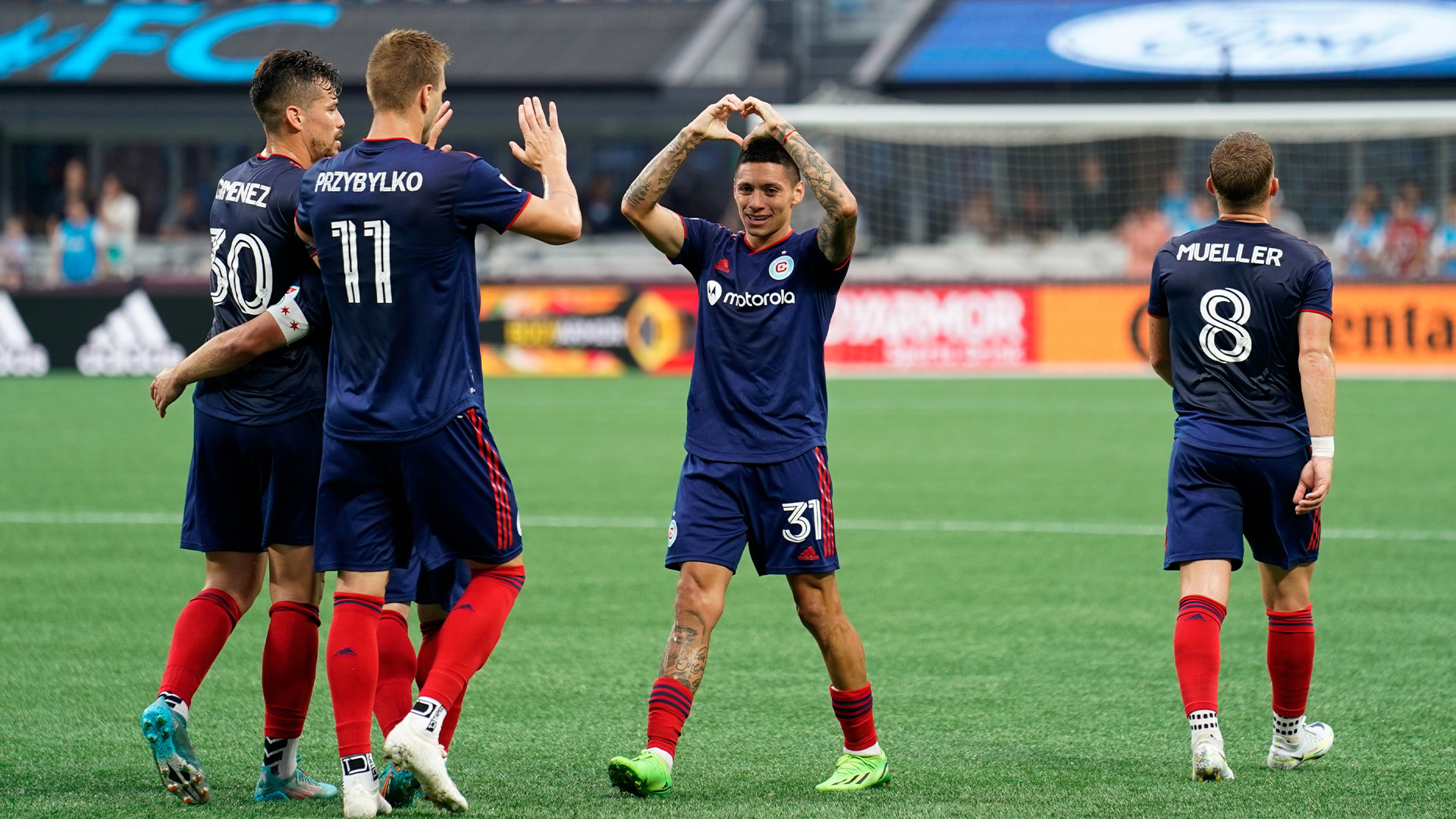 Chicago Fire made four wins out of five on Saturday as they defeated a spirited Charlotte side by three goals to two at The Bank of America Stadium.

Four first-half goals left the game level at two apiece come the interval before Kacper Przybylko scored his second of the game early in the second half to claim all three points for The Fire.

Charlotte started the game on fire, however, as the home side took the lead inside just 25 seconds when Yordy Reyna steered home a Jaylin Lindsey cross to open the scoring.

Bizarrely, it was the second time this season the Peruvian had scored in the 25th second following another early strike against Inter Miami in July - with history repeating itself in more ways than one.

The Peruvian was also on the wrong end of a 3-2 scoreline that day. It didn’t take long for the Fire to come knocking, as Christopher Mueller whipped a terrific delivery to Mauricio Pineda at the back post.

The big defender was able to squad the ball across for Kacper Przybyłko, but Kristijan Kahlina thwarted him with a fine save - although he wouldn’t be denied for long.

Just five minutes later, Gastón Giménez hit a dipping shot that Kahlina could only parry to the Polish forward, who made no mistake this time, as he fired the ball into the roof of the net to level the scores.

Kahlina barely had time to catch his breath before he picked the ball out of the net again, as Jairo Torres’ pinpoint cross was headed down to the edge of the area by Xherdan Shaqiri.

The ball landed at the feet of Federico Navarro, who swept home on his left foot with consummate ease to record his second goal of the season.

It almost got even worse for the hosts soon after, with Shaqiri pulling the strings again, sending Przybyłko through one-on-one with Slonina. But the Croatian shot-stopper did well to deny him.

That save seemed to inspire the home into making more of a fist of it, with McKinzie Gaines testing Chelsea-bound keeper Gabriel Slonina with a driven effort which required a fine stop in the 36th minute.

The 18-year-old would be picking the ball out of his net soon after, though, when Reyna caused chaos in the Fire backline with a scooped pass to the head of Ben Bender, who headed it down in the direction of Karol Świderski.

Pineda tried to intercept it as Charlotte’s Polish frontman attempted to bring the ball down, but all he could do was help it into the net to level the scores on the stroke of half-time.

For many years in Europe, Premier League fans became accustomed to Xherdan Shaqiri putting in the occasional virtuoso display where everything he tried paid off - and that was certainly the case on Saturday evening.

After snuffing out a dangerous-looking Charlotte attack, Navarro played the ball towards the Swiss international, who let it run across his body before looking up and pinging a delightful ball over the top to Przybyłko.

He squared up Christian Fuchs, running him to the edge of the area before cutting in on his equally brawny left foot to fire the ball beyond Kahlina to score his second of the game and regain the Fire’s lead.

The pair almost combined just a minute later when Shaqiri played an audacious reverse pass through to the Pole, but this time his right-footed effort cannoned off of the upright and into the thankful arms of Kahlina.

Soon after Shaqiri was once again involved, feeding Mueller through in the left-hand side of the box. The 25-year-old did well to ride one challenge before side-stepping another, but he again found Kahlina in a defiant mood, who palmed the ball into the air before grasping it on the rebound.

Despite their second-half onslaught, the game was still in the balance heading into an added time where Charlotte almost nicked a point.

Jordy Alcívar delivered a wicked corner in from the left in the 91st minute looking to catch Slonina by surprise at his near-post, but the ‘keeper was able to claw the ball away before Navarro heroically headed the follow-up over his crossbar under immense pressure from Świderski.

It secured Chicago the fourth maximum in five to take them up to 7th and into the play-offs before they travel to Eastern leaders Philadelphia Union, while Charlotte remains 11th ahead of their visit to Western pacesetters LAFC.