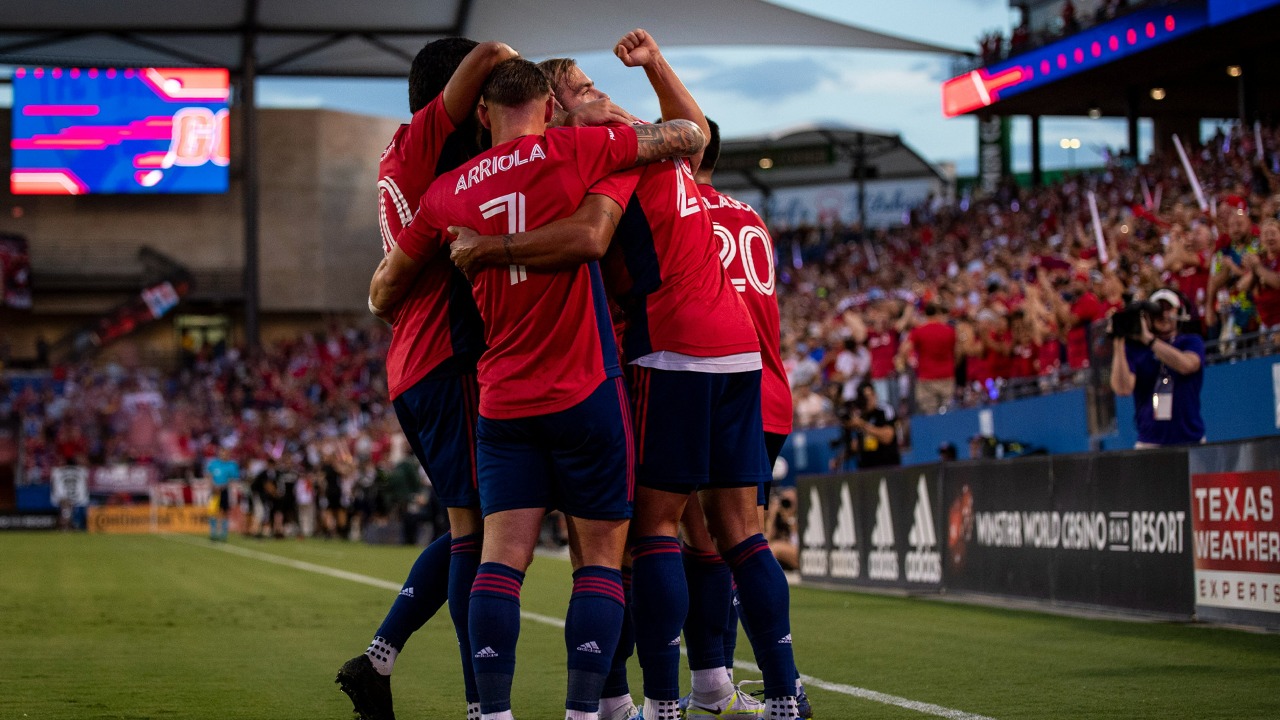 The home side took the lead in just the 9th minute, as Marco Farfan slid an inch-perfect ball into the Galaxy area for Jara, with the Argentinian poking the ball through the legs of Jonathan Bond to notch his third goal of the season.

Dallas then missed several good chances to double their lead before the Galaxy were handed a lifeline in the 64th minute when Chicharito was clumsily taken down in the box by Farfan. Maarten Paes got down well to save Dejan Joveljić's spot-kick.

In truth, any result would have flattered the visitors who had Bond to thank for keeping the score down to one.

Greg Vanney's side did come out the blocks quickest, though, as Javier Hernández saw a glancing header dip onto the roof of Paes' net just two minutes in the game.

But Dallas enjoyed the next foray forward of any note as José Martinez slid the ball down the left to Farfan, who took a touch before aiming a defence-splitting ball in the direction of Jara.

The South American scampered between the Galaxy centre-backs to reach it, finishing the first time beyond Bond to hit his first home goal since March 13th.

Dallas' assault on Bond's goal continued with the former Watford man tipping a well-struck Jesús Ferreira effort over the bar.

The home side then came even closer from the resulting corner, as José Martinez attempted a stunning bicycle kick from the edge of the area, which left the 29-year-old beaten, but not the crossbar as his sumptuous volley cannoned off the woodwork.

Like the first half, Galaxy began the second quicker than their hosts. Gastón Brugman and Kevin Cabral tested Paes from a distance, but the Dutchman got down smoothly on both occasions to maintain his side's advantage.

Ema Twumasi, on the other end, broke down the right and floated a ball across to Alan Velasco. But his half-volleyed efforts were terrifically saved by the boot of Bond before the ‘keeper denied Paul Arriola's close drive with fine diving saves soon after.

While Bond wasn't to be shaken, it was clear his teammates were in a stir, failing to deal with the resulting quick corner, which saw Ferreira power an effort towards goal, forcing Bond to tip onto the crossbar.

But Bond's heroics should have been rewarded moments later when Hernández looked to shield a loose ball in the Dallas penalty area. He was felled by Farfan - forcing Pierre-Luc Lauziere to point to the spot.

Serbian forward Dejan Joveljić had only been on the pitch for three minutes before stepping up to take the penalty, but it was a tame effort and a good height for Paes, who guessed correctly - diving to his right to palm the ball to safety.

Normal service soon resumed for Bond, though denying first Twumasi and then Benjamin Redzic from close range to keep his side in it, but the visitors failed to trouble Dallas' goal again in the remaining minutes.

The victory now means Dallas has lost just one of their previous six and is now up to 4th in the West, with Seattle Sounders up next for Nico Estévez's boys. Meanwhile, the Galaxy remains 8th and outside of the playoffs by a point, with Sporting KC next on the road for the faltering Stars.