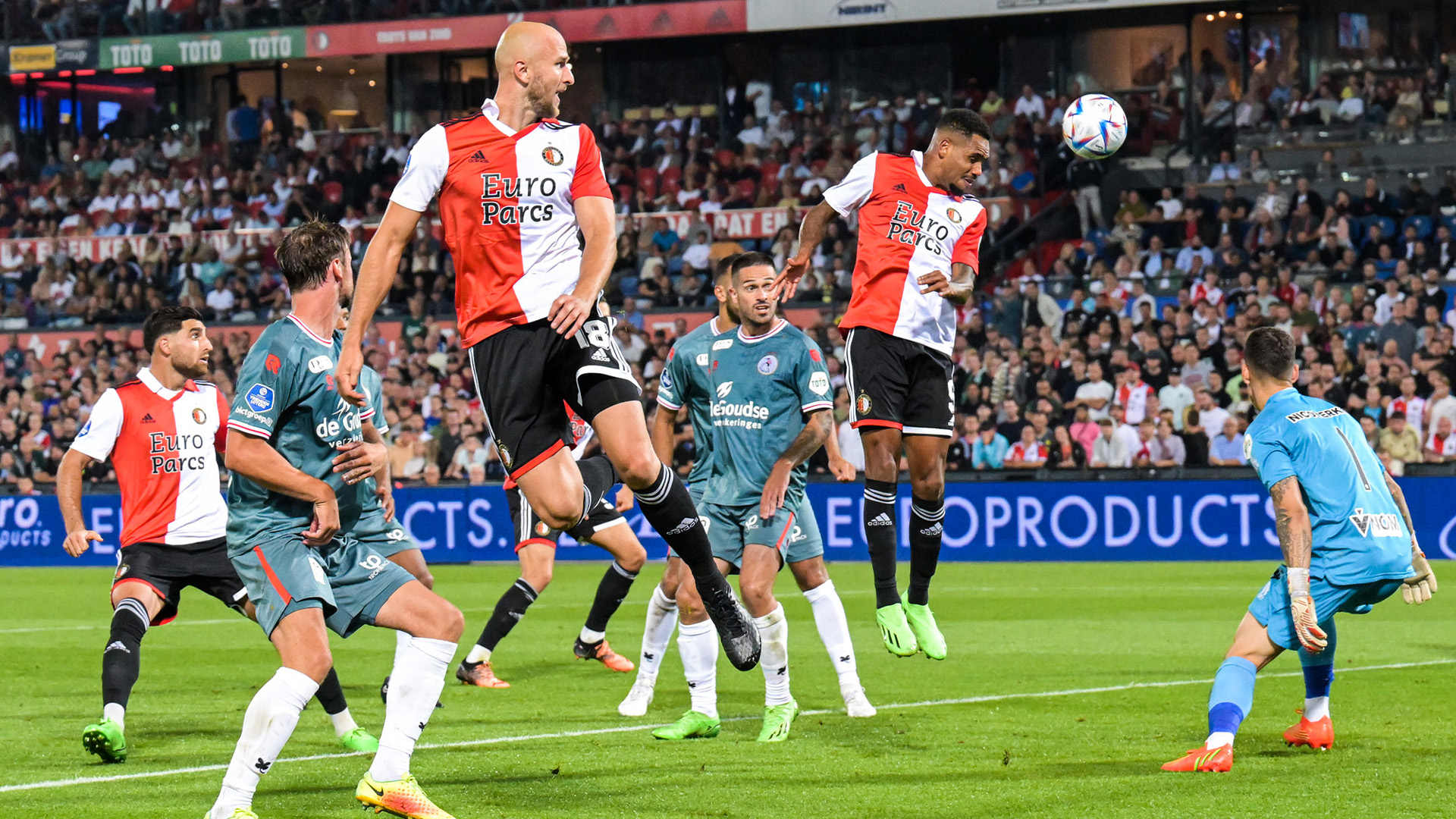 
The sixth match of the Eredivisie season took place on Sunday between Feyenoord and Sparta Rotterdam.

Lazio defeated the hosts 4-2 in the UEFA Europa League opener on Thursday. Matias Vecino led the Biancocelesti to victory with a brace and an assist. Feyenoord, now in second place and two points behind league leaders Ajax Amsterdam, sought to get back to winning ways in the league.

On the other hand, Rotterdam trounced FC Vole dam 4-0 at home last weekend. With a goal in the 14th minute, Vito van Crooij established the tone before Tobias Lauritsen added a brace in the second half.

De Kasteelheren gained seven points from five games and moved to seventh place in the standings because of the victory.

Feyenoord has historically outperformed its competitors in the city. De club van de Maas has defeated Sparta in 77 of their 128 previous matches. Sparta has prevailed 25 times, and 26 games have resulted in a tie to share the spoils. Guus Til scored twice in the second half of Feyenoord’s 4-0 victory at home in their most recent meeting in February.

Feyenoord was always thought to be superior to Sparta Rotterdam on that particular day, and that was clear as soon as the game began. Within the first five minutes, Feyenoord midfielder Koku gave the hosts the lead, and the result of the match was all but certain.

A few minutes past the halfway point, the hosts in Feyenoord doubled their lead. Dilrosun, the home team’s attacking midfielder, struck gold when the opposition keeper failed to grab the #11s strike, to what was an attack-minded half from the home side, giving little to no chances to the local rivals and visitors. The Rotterdam visitors had attempted with their style of play but nothing was working out for them. Being a local derby, the home crowd and atmosphere made it more difficult for Sparta Rotterdam to allow themselves to settle down and find their footing in the first 45 minutes. To a certain point, that was the tale, but the remaining 45 minutes held more of the same for both teams.

When the second half of the game started, the Sparta Rotterdam players showed some positive traits, which was unusual for the opposition because the home team never allowed them to settle down. On the other hand, Feyenoord continued to play according to their attack-minded mentality and continued shooting shots from a distance because they had made the Sparta defence vulnerable following a dominant first half and anticipated doing the same in the remaining 45 minutes of the game.

After an hour, Feyenoord’s manager made two significant adjustments while keeping the game’s context in mind. Only 10 minutes later, Paixao and Gimenez skilfully connected on the wing to enhance the home team’s lead and conclude the game, killing all lingering dreams of the opponents to find some consolation. It didn’t take long for both substitutions to have an effect.

Sparta Rotterdam made every effort to score a consolation goal on their journey back to their home, but in vain because the Feyenoord defence was strong that night, which the opposing team was unable to do. It was a night the visitors will look to forget soon, and it was clear before the game that the outcome would not be in their favour. History also supported this, with only one victory over their neighbour rivals in the previous 15 matches across all competitions.

After six games in the Dutch league, Feyenoord continued to play with an attacking mentality and won handily, keeping them two points behind league leaders Ajax. Feyenoord has made a promising start to their league season with five wins and one tie in their first six games. As they aim for victory in their games and in the contests they take part in, they hope to keep up this form for the duration of the season.

While Sparta Rotterdam will visit FC Groningen in a league match that may be considered a matchup that showcases the parity between the two teams, Feyenoord's next task is in Europe.