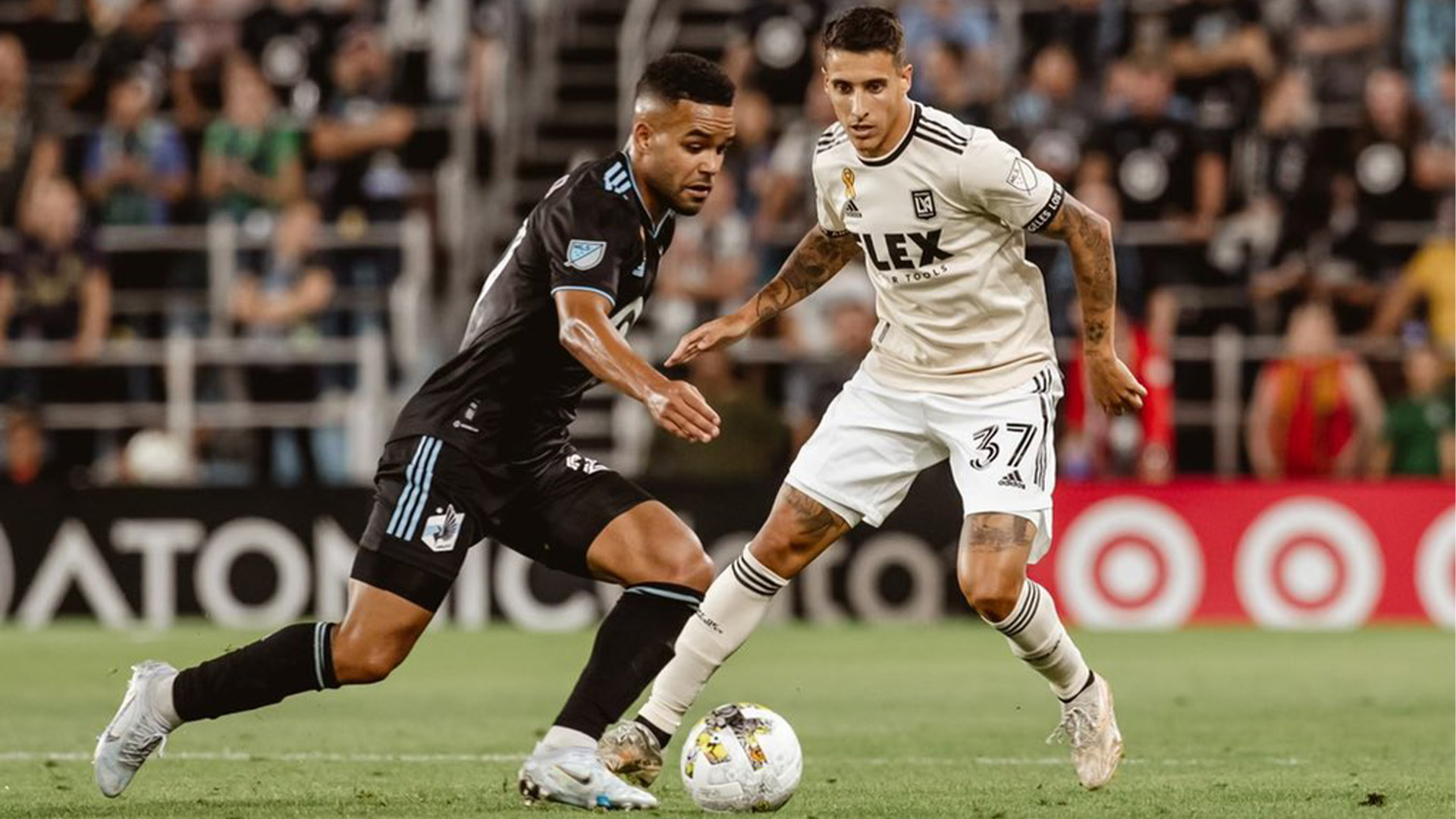 Western Conference leaders LAFC travelled to Minnesota on matchday 31 of MLS as they look to get their form back on track.

The West Coast side’s collapse in their 2-1 defeat against FC Dallas at the weekend exposed some grave concerns in this team of superstars.

Gareth Bale made his second start for the ‘Black and Gold’, starting as a striker.

Minnesota went into this tie looking to grab the first win in three games after losses to Portland Timbers, FC Dallas, and Real Salt Lake saw them drop to fifth in the Western Conference, putting them in danger of eighth-placed LA Galaxy.

The opening ten minutes of this rainy affair were uneventful. Both sides couldn't get their rhythms going to open the game more - Minnesota nearly had an early chance from kick-off, but the ball for Mender Garcia was just too much for him to run to.

Arango was the man to make the first move with a shot at Clair in the 15th minute as it went straight at the American goalkeeper, who didn’t need to stress about conceding.

This was followed by another chance which saw Arango meet Vela’s ball and put it into the side netting, a terrific opportunity to open the scoring.

Minnesota, relieved of the LAFC pressure, hit the post through Amarilla after the Paraguay international expertly brought the ball down from the right side of the pitch. Although, his chance struck the woodwork in what should’ve been a particular opener.

LAFC found themselves on the back foot, Minnesota growing in confidence and looking likely for an opener following Amarilla’s chance meant that this was going to be a difficult evening for the Los Angeles club.

Frustration also got the better of them. Arango gave away two silly fouls 10 minutes before the interval, which saw him booked and allowed Minnesota to create chances from dead balls, further imposing themselves on the game. The Colombian faced this problem once more as the striker was given a red card for kicking the ball away in defiance.

Minnesota’s domination looked to have paid off after Reynoso went agonisingly close to opening the scoring for ‘The Loons’ after a dribble into the box saw him one-on-one with the ‘keeper. However, his chip only narrowly missed the back of the net.

The controversial figure, Arango nearly became a hero for LAFC after his antics, as a cross from Carlos Vela found the former Benfica striker in the six-yard box, but the chance was fluffed wide.

However, this didn’t phase Adrian Heath’s side. A beautiful corner from Reynoso found Kallman at the front post, whose powerful header put Minnesota ahead before the break - a thoroughly deserved lead.

Reynoso was the real spark for Adrian Heath’s men. His dribbling and creativity caused problems for LAFC, who could do with a leader to help organise against ‘The Loons’ attack, that option is currently on the bench.

Not taking away from Reynoso, his goal contributions have seen him become a key player for Minnesota and establish himself as one of the top talents in MLS this season.

LAFC opened the half by substituting Arango after the risk of a red card became too great to risk leaving him on.

In the repeat of the first half, the opening ten minutes didn’t provide much as both teams eased themselves into the second 45.

Steve Cherundolo’s side came out a different side, pressuring Minnesota after the opening ten saw Carlos Vela produce a moment of magic with a fantastic strike on the edge of the area, flying into the top left corner to equalise for LAFC.

With confidence brewing through their team, LAFC pushed high. Combined with their excellent passing, they brought the game to Minnesota. Although this half lacked clear-cut chances, it was a clear improvement for ‘The Black and Gold’, who looked flat and uninspired in the first 45.

When Chiellini entered the game, LAFC was organised to neutralise anything Adrian Heath's team did when Minnesota opted to throw everything at them toward the end of the game. Minnesota was pinned in their half, forcing them to adopt a counter-attacking strategy while still being a threat due to the pace of their attackers.

The Italian helped LAFC’s defensive shape, showing just why he was one of Europe’s best defenders as the former Juventus man threw himself into every challenge and header - even if the cameo was short, he made an impression.

A freak incident nearly cost LAFC the point after Acosta had to play goalkeeper as Crepeau came out to head the ball and completely missed it. This put Reynoso through onto an empty net, only for the defender to put in a last-ditch slide tackle to hook the ball away from the goal - a point saved.

Despite the majority of the game being largely cagey, both sides gave their all to take away a point from a tough battle at Allianz Field.

Their forms remain uninspired, and both don’t make progress nor regress in the table, remaining fifth and first respectively in the Western Conference.

LAFC impressed with their change of tone after a lacklustre first half. The slow start did seem to cost them any chance of a win, although the mentality from one of the top teams in MLS this season did show through, especially when Arango was subbed off.

Minnesota started quick, but they couldn’t keep up the tempo throughout the game, leading to a lapse in concentration to Vela getting LAFC back into the tie.

Carlos Vela proved he is the leading man at the Banc of California Stadium. Even away from home, he produces, which is why he is today’s nomination for the man of the match.