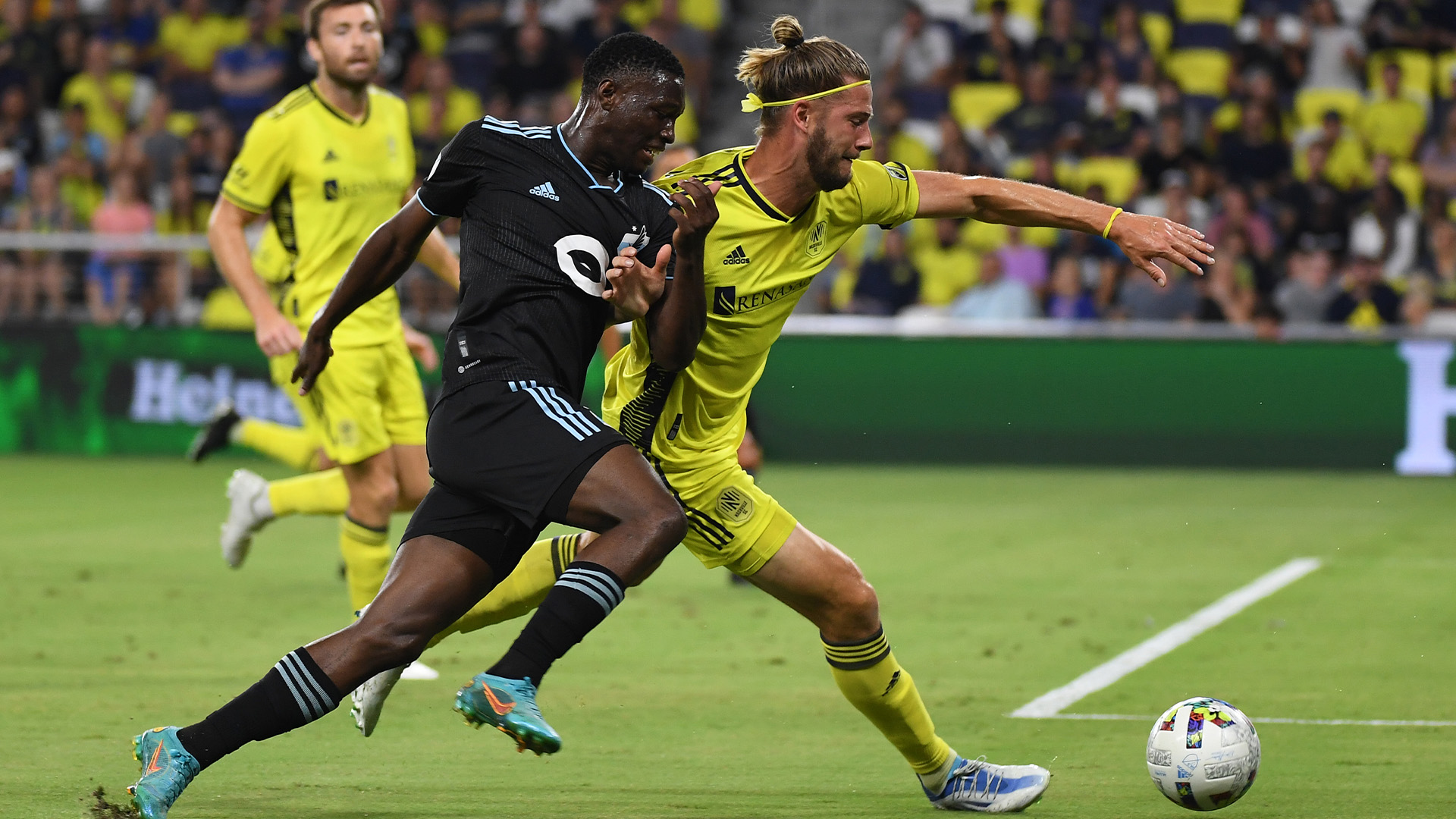 On Sunday, Nashville SC hosted Minnesota United FC at Geodis Park. In search of the first victory in their triumph over Seattle Sounders over a month ago, the Tennessean side was, instead, dealt a defeat separated by the lone goal of Alan Benitez.

A first half full of entertainment yet lacking goals

Right from the beginning, both teams were presented with clear-cut chances, yet only one side scored the sole goal of the half.

Twelve minutes in, Nashville’s CJ Sapong headed the ball infield to Hany Mukhtar with his back to goal. The German midfielder made a quick turn upon receiving the pass and laid the ball into the path of the incoming Randall Leal. Then, from 22 yards out and with two defenders facing him, Leal launched a shot towards the top right corner and made Dayne St. Clair stretch himself to save.

Seconds later, in an attack of their own, Minnesota United replied by giving the hosts a scare. From within his half, Emanuel Reynoso launched the ball beyond Nashville’s backline, one that Bongokuhle Hlongwane beat Daniel Lovitz to. In anticipation of his teammates, the South African shielded the ball powerfully before playing in Luis Amarilla. Then, also from 22 yards out, Amarilla aimed for the top left corner with his right foot. His shot was beyond Joe Willis’ reach but bounced off the crossbar.

With chances exchanged back and forth, the opening goal finally came at the 27th minute following an uncharacteristic blunder by Walker Zimmerman. The defender, who has been ever-present in the Nashville backline, intended a lobbed pass to Hany Mukhtar in midfield. Kevin Arriaga was there to intercept, and Minnesota capitalised on the turnover. Taking possession of the second ball, Amarilla passed it the first time to Reynoso. The Argentine then played in a marauding Franco Fragapane, who arrived from the left flank. With momentum at hand, Fragapane’s first touch took him far away from Nashville’s defenders to slide the ball past Willis for goal.

The first half ended with the visiting team leading 1-0 after subsequent attacks from both teams, were thwarted by strong defensive play.

The second half was in the same fashion as the first. Just over one minute upon returning from the break, a 3v2 breakaway opened up space for Reynoso to spot Hlongwane to the right side of the penalty box. Hlongwane attempted to drill the ball low, but his attempt was not enough to beat Willis.

Then, in the 61st minute, Nashville’s relentless search for a goal paid off. The play started with a free kick swung in from far right, which, even though did not find any of the Nashville players inside the penalty box, was recovered by Alex Muyl. The former U.S. youth international swung in another cross, a low one from the left flank. A diving header from Dave Romney sent the ball in a parabolic trajectory before dropping for Mukhtar. From the far post, the German caught a volley to fire the ball beyond the spread of St. Clair’s legs, tying the match 1-1.

Inspired by the leveller, Nashville sprung forward and created numerous chances for Leal, Muyl and Sapong. However, being wasteful in possession and attack, Nashville was punished.

Fifteen minutes until full-time, Reynoso left Shaq Moore on the ground as he drifted inwards from the left flank. Dashing forward from Minnesota’s half, substitute Joseph Rosales, who came on less than two minutes prior, overlapped and called for the ball. Once again caught on the back foot, Nashville defenders had trouble recovering and putting pressure on Rosales. When Reynoso threaded the ball through the left half-space, Rosales got on the end of it and put a grounded cross into the box. The ball slipped past the entirety of Nashville’s defence and reached Alan Benitez. From a tight angle, the newly signed Paraguayan right-back confidently shot at the near post and scored the first goal of his career.

Nashville had nearly two-thirds of the possession, twice as many shots as Minnesota, and forced St. Clair into seven saves compared to Willis' two. But the goal put Minnesota permanently ahead of Nashville in the game.

After two successive home losses to Toronto FC and Minnesota United, Nashville SC will remain home for the next round to host third-place FC Dallas on Aug. 21.

On the other hand, having scored 11 goals in 4 matches, Minnesota will return home on Aug. 20 to welcome another Texan representative: Austin FC, currently sitting second in the Eastern Conference.

Rory MacDonald fails to advance to the welterweight finals, falls in the first round to Dilano Taylor