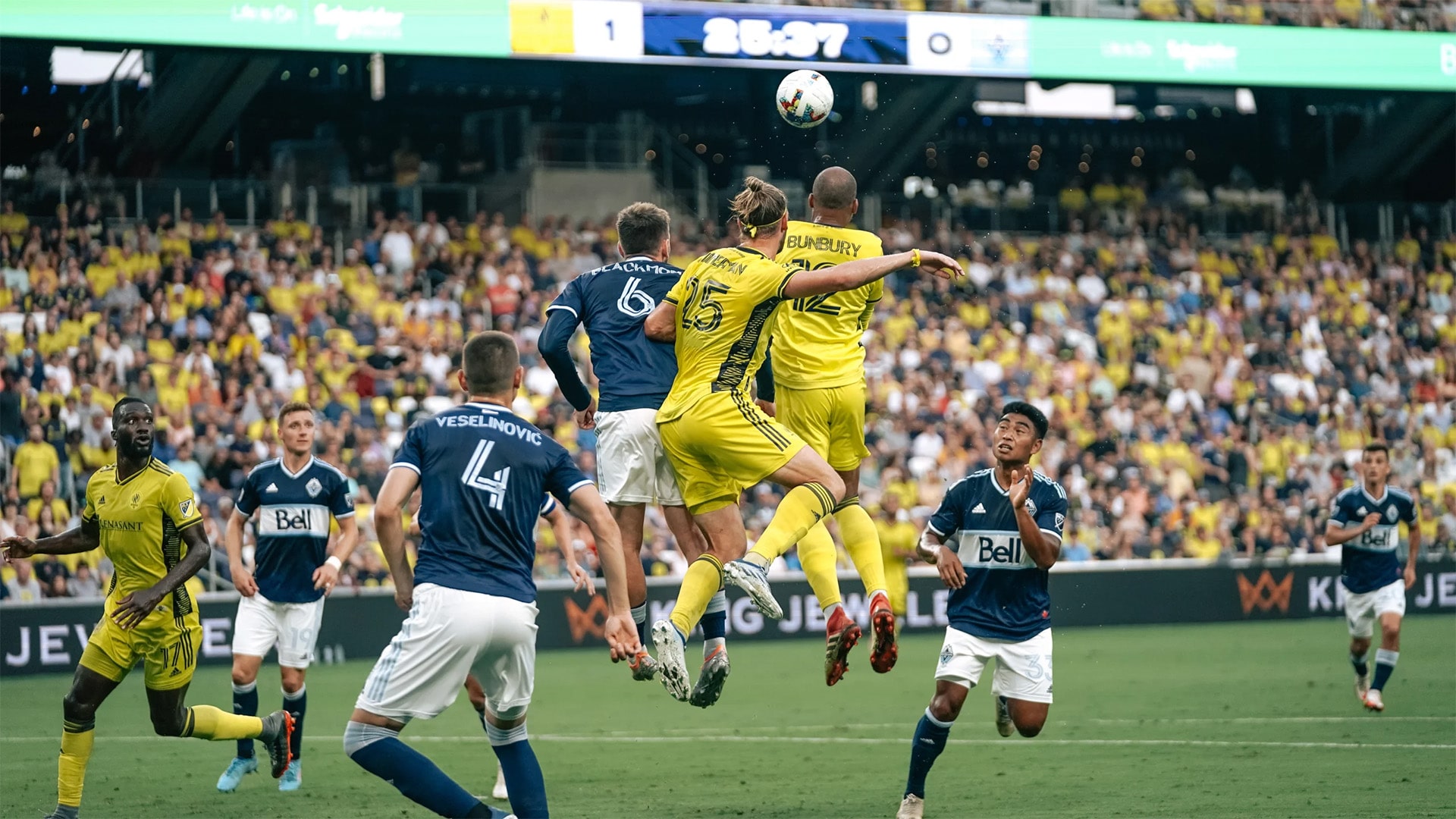 Nashville SC and Vancouver Whitecaps played out a well-fought 1-1 draw at Geodis Park in the Western Conference on Saturday night, with Javain Brown cancelling out Teal Bunbury’s second goal of the season to ensure a share of the spoils in Tennessee.

Bunbury had initially given the home side the lead just 17 minutes in when he headed home from 12-yards out following a delicious Hany Mukhtar cross from the right.

But consistent Caps pressure in the second half eventually told as Brown bundled home a wicked Ryan Gauld delivery from the left to level it at one apiece with just three minutes of the time to go.

Either side could have won it in added time, but both goalkeepers came to the rescue to keep the scores level as tired legs paved the way for a late flurry of chances.

The home side started well and nearly took the lead when Mukhtar eyed up a free-kick from 20 yards out on the left-hand side, but his floated effort rippled the side netting with Cody Cropper merely a spectator in Vancouver’s goal.

He was soon forced into action as Taylor Washington picked out Bunbury at the back post with a deep ball in. The 32-year-old set himself before half volleying towards goal, but his former New England Revolution teammate was equal to it.

But he wouldn’t be denied for long, as a slack Brian White pass-handed Mukhtar the ball out wide, who picked out the unmarked Bunbury in the centre of the Caps’ box - heading home his second in as many games to give Nashville a well-earned lead.

That setback sparked some life into Vanni Sartini’s men, who soon created their best chance of the half, as White looked to make amends but saw his well-struck effort palmed away by Joe Willis in the home goal.

Down the other end, Mukhtar almost had his second assist of the game playing a one-two with Leal Randall after chipping him through, but the wide-man fluffed his lines and dragged the shot well wide of goal.

A quiet second half saw the Caps enjoy more possession but were often reduced to long-range efforts, which failed to trouble Willis as the game seemed to be petering out amid a dull second period.

But then a rare moment of quality, as Ryan Gauld whipped in a terrific delivery from the left, which avoided everyone before meeting the knee of Javain Brown from six yards out, as the 23-year-old forced the ball home in the 87th minute.

The away side then almost stole it as the clock ticked over into four minutes of additional time, but Willis did brilliantly to deny Christián Dájome’s fiercely dipping drive from well outside of the area.

After soaking up plenty of Caps pressure, Nashville (much to the frustration of their fans) decided to make a fist of it and land one final assault on the Vancouver goal, with Eric Miller seeing his flick from inside the area clawed to safety.

Miller was invoked again in the dying seconds, laying the ball off for fellow substitute Luke Haakenson to strike. It was palmed away by Cropper only as far as the influential Mukhtar, but the German blazed the rebound over the bar.

The result takes Nashville up to 6th, consolidating their spot in the playoffs with 7th place Portland Timbers up next for Gary Smith’s side. While Vancouver remains 10th, four points behind the top seven and with 11th placed Houston Dynamo up next at BC Place.