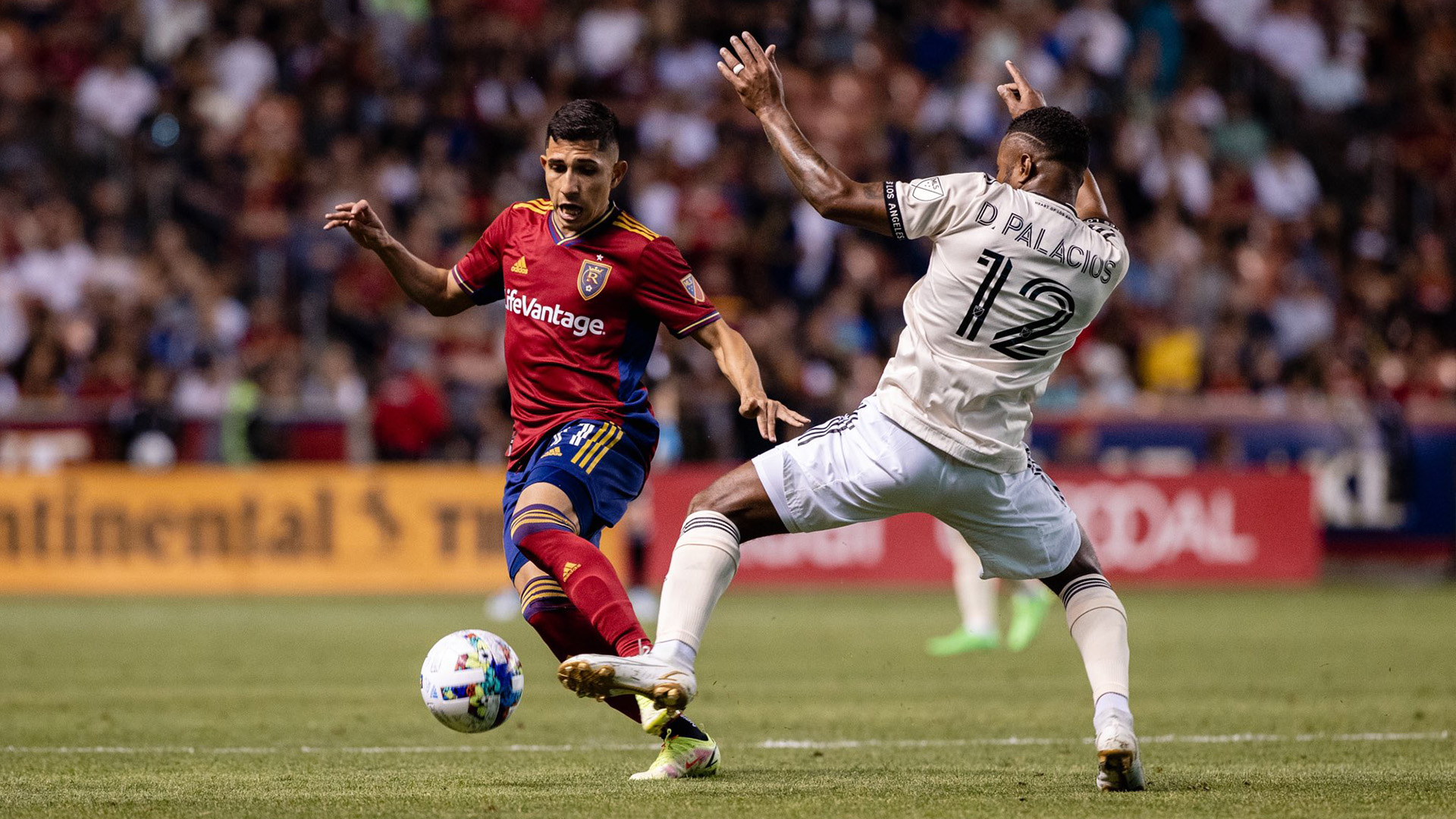 Pablo Mastroeni and his side suffered a crushing defeat against juggernaut’s LAFC 1-4 in the Western Conference, as Cristian Arango scored a brace whilst Kelly Acosta and Gareth Bale had a goal each to their names.

The home side playing with a 4-2-3-1 formation, as to their previous 2-2 draw against San Jose, made a few changes as Pablo Ruiz played in central midfield instead of Nick Besler, and Anderson Julio started upfront by replacing the Cuban-born Maikel Chang.

LAFC's victory over Seattle Sounders was the lone difference from their last conference match. Kellyn Costa had replaced Latif Blessing on the left side of midfield in a 4-3-3 formation.

In the ninth minute, Cristian Arango scored his tenth goal of the season with a beautiful back-heel of the greatest technical calibre. Real Salt Lake had previously declared a home record at the Rio Tinto stadium with an estimated attendance of over 21,000, but they were hushed.

Within three minutes, the home team responded when Andrew Brody dribbled from the left side to the middle of the field by setting up Sergio Cordova. With his back to the goal, Cordova made a quality first touch before stepping away from Jesus Murillo and firing a powerful shot past Crepeau's bottom right corner.

However, the joy was only short-lived when LAFC regained their lead in the 17th minute from a Kellyn Acosta left-footed strike just outside the penalty area to stun the home crowd.

The home side continued to attack, and in the 28th minute, Andrew Brody set up Jefferson Savarino with a sublime cross that made its way to the back post as the former’s shot was well blocked.

The Western Conference table toppers went close to adding their third goal. When Arango appeared to be blazing his way through on goal in search of an audacious chip outside the box, Zac MacMath saved it. Carlos Vela, from his half, sent a wonderful pass from the outside of his left foot between the lines of the two centre-backs, Glad and Silva.


The home side had begun the second half with a real gung-ho approach when Julio had flicked the ball from a corner kick to Justin Meram, who was inches away from levelling the score only to be intervened by a goal-line clearance from Ilie. Real Salt Lake’s pursuit for the second goal was well and truly on, and in the 58th minute, Pablo Ruiz rocketed a shot from thirty yards out with his left foot that rattled the woodwork.

Against the run of play, Ecuador international Palacios’s perfectly timed low cross found Arango, who spotted the lapse in concentration from Silva and Brody as he breezed past them to slot in his 11th goal of the season and LAFC’s 3rd on the night.

Marquee signing and probably even the home fans, who were to wait to see LAFC’s star-man Gareth Bale, had finally come on in the 64th minute for club captain Carlos Vela. The Welshman instantly would look to create an impact when substitute Sebas Mendez spotted an intelligent run from the former Real Madrid superstar, as he dribbled past Justen Glad with a powerful left-footed shot that was kept away by MacMath.

Bale rolled back over the years as he picked up a pass from Arango on the right flank in the 87th minute. He dribbled past Pablo Ruiz and Justen Glad about a breathtaking shot past MacMath’s bottom right corner to give LAFC their 4th goal of the night. The Welshman's goal left the Rio Tinto Stadium stunned and in awe.

As Victor Rivas blew the full-time whistle, LAFC stretched their winning streak to five games. The last time the Black and Gold side had achieved such a feat was from 26th July 2019 to August 21st 2019.

The Los Angeles side head back to the Banc of California as they welcome Charlotte FC, whilst Real Salt Lake will travel to face Seattle Sounders as they look back to bounce from this heavy defeat.

Ashleigh Gardner- the buttress of the Australian cricket team