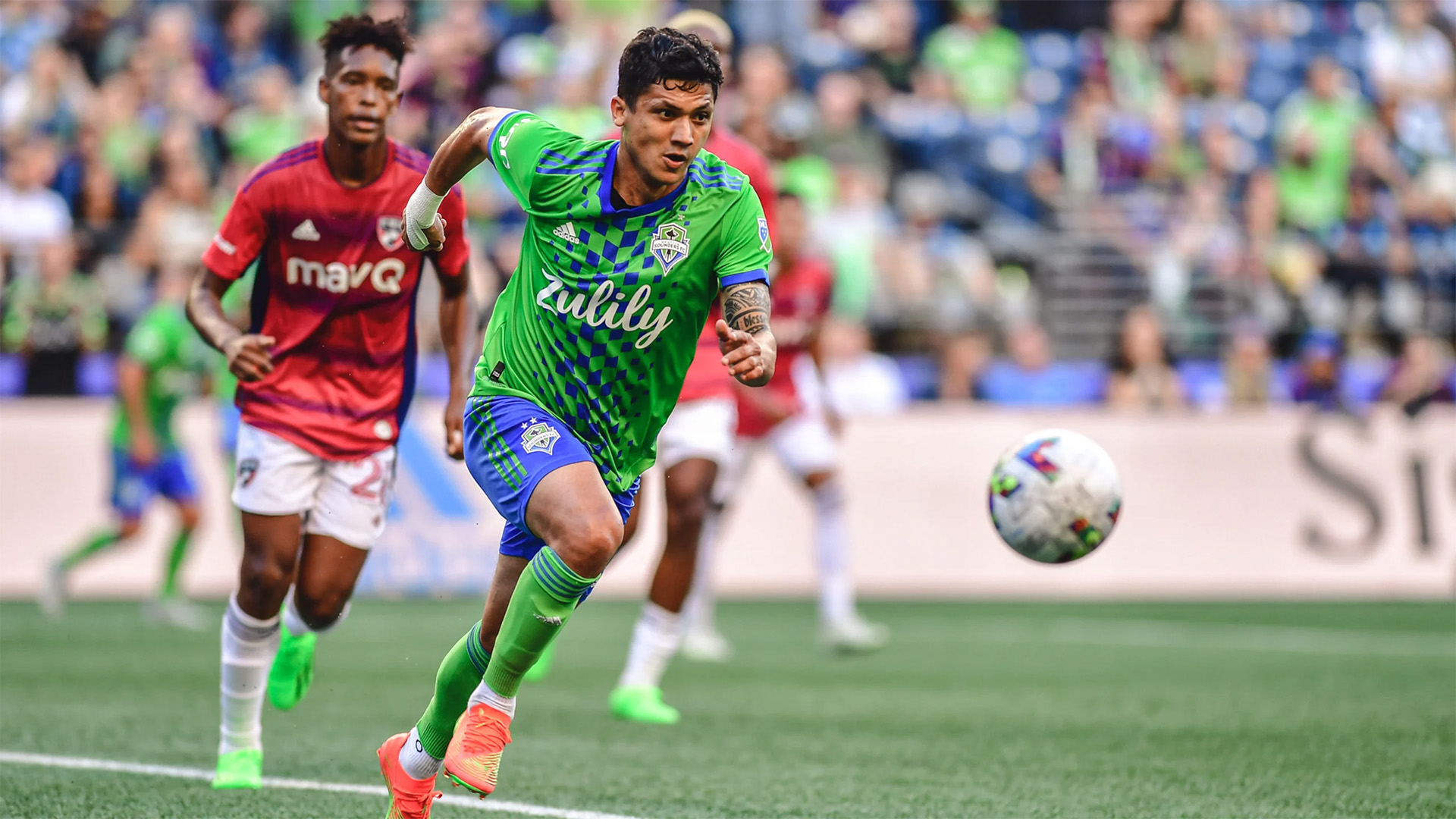 The Rave Greens bounced back with a win courtesy of a Nicolas Lodeiro penalty to continue their home dominance against FC Dallas with a crucial 1-0 victory at the Lumen field.

Schmetzer made changes with the thirty-five-year-old Fredy Montero, who had replaced Will Bruin and the young and exciting Brazilian winger Leo Chu for Jimmy Medranda in a similar 4-2-3-1 formation. The away side, too, arrived confidently after beating the LA Galaxy and tweaked their formation to a tactical 3-4-3. Servania, Obrian and Nanu were substituted as Nico Estevez looked to cause problems from the flanks.

Seattle started strong when Arreaga played a delightful long ball to Morris, who would outmuscle Quinonez by intelligently laying it off to Lodeiro’s overlapping run, whose left-footed shot was well stopped with a one-handed save by the Dutchman Maarten Paes.

Dallas would look to ask questions in the 12th minute when Velasco’s lovely twist and turn to pass outside the penalty box to Farfan would pick up the ball from the left flank as his searching cross to Jara was headed over the bar.

The Sounders' defence would continue to be threatened by the opposition. Before the half-hour mark, Sebastian Frei saved a left-footed effort from American International Servania who had received his first senior cap for the country.

Just when it looked like Estevez’s strategy was going according to plan, Cristian Roldan, who had a rosy game against LAFC, picked out a long ball by spotting his fellow American International Jordan Morris’s run behind the Dallas defence. The Dallas goalkeeper Paes was a few seconds late coming out of his line as he crashed straight into Morris, who had tried to control the ball with his chest. Skipper Nicolas Lodeiro stepped up and sent Paes the wrong way by burying the ball into the bottom left corner as the home side would go 1-0 in the 39th Minute.

The Uruguayan almost doubled the lead for his side right before half-time with a thunderous left-footed effort matched by a flying save from Paes as the first half ended in a cagey affair.

In the second half, a nice pass from the left between Gomes and Toro found Jordan Morris when the latter's cross was cleared from an awkward angle by Jose Martinez.

In the 56th minute, FC Dallas Centre-half Nkosi Tafari’s long ball had split the Sounders defence as Arregea and Tolo were napping with Obrian breakthrough. The right-footed shot blazed well over the bar.

Sounders had a large spell of possession whilst attacking the right side. Leo Chu and Freddy Montero with Jordan Morris and Nicolas Lodeiro continued to cause all sorts of problems for the FC Dallas defence.

FC Dallas made a few changes in the second half; Jesus Ferreira had come on for Quinonez, who had struggled against Morris and Obrian was replaced by Paul Arriola to freshen things.

The men in red and white continued to search for the equaliser as they tried to switch the ball to either side of the flank. But despite trying to play crosses along with Farfan and Velasco’s long-range efforts, the Rave Greens back four stood solid in defence along with the hard-working midfield duo in Cristian Roldan-Albert Rusnak kept the away side out of reach.

In the 85th minute, Cristian Roldan picked a beautiful pass to 30-year-old substitute Kerin Lowe, who came on for Leo Chu from the narrow box and played a fine pass from the half to keep Toro out of Nkosi Tafari, and Paes scored.

A minute later, FC Dallas's best chance on the night was there for the taking as Nanu’s cross from the right flank was well directed towards a leaping free header from Ferreira, which went straight to the Sounders goalkeeper Sebastian Frei who went down on his right to collect it.

As referee Alan Chapman blew the full-time whistle, there was a huge roar at the Lumen Field as Seattle Sounders picked up three massive points on the night as the race for the Western Conference playoffs gets intriguing.

Meanwhile, FC Dallas missed a big opportunity to go ahead of Minnesota, who sits third in the table now with a game in hand and equal on points as the former will travel to Portland as Estevez and his group will look to bounce back from this setback.

Seattle Sounders will next take on Atlanta United in a cross-conference fixture on Saturday against a familiar face in Gonzalo Pineda who will be playing for the Sounders and was also an assistant for four years at the club.

Jesus Ferreira – A USMNT Star in the making