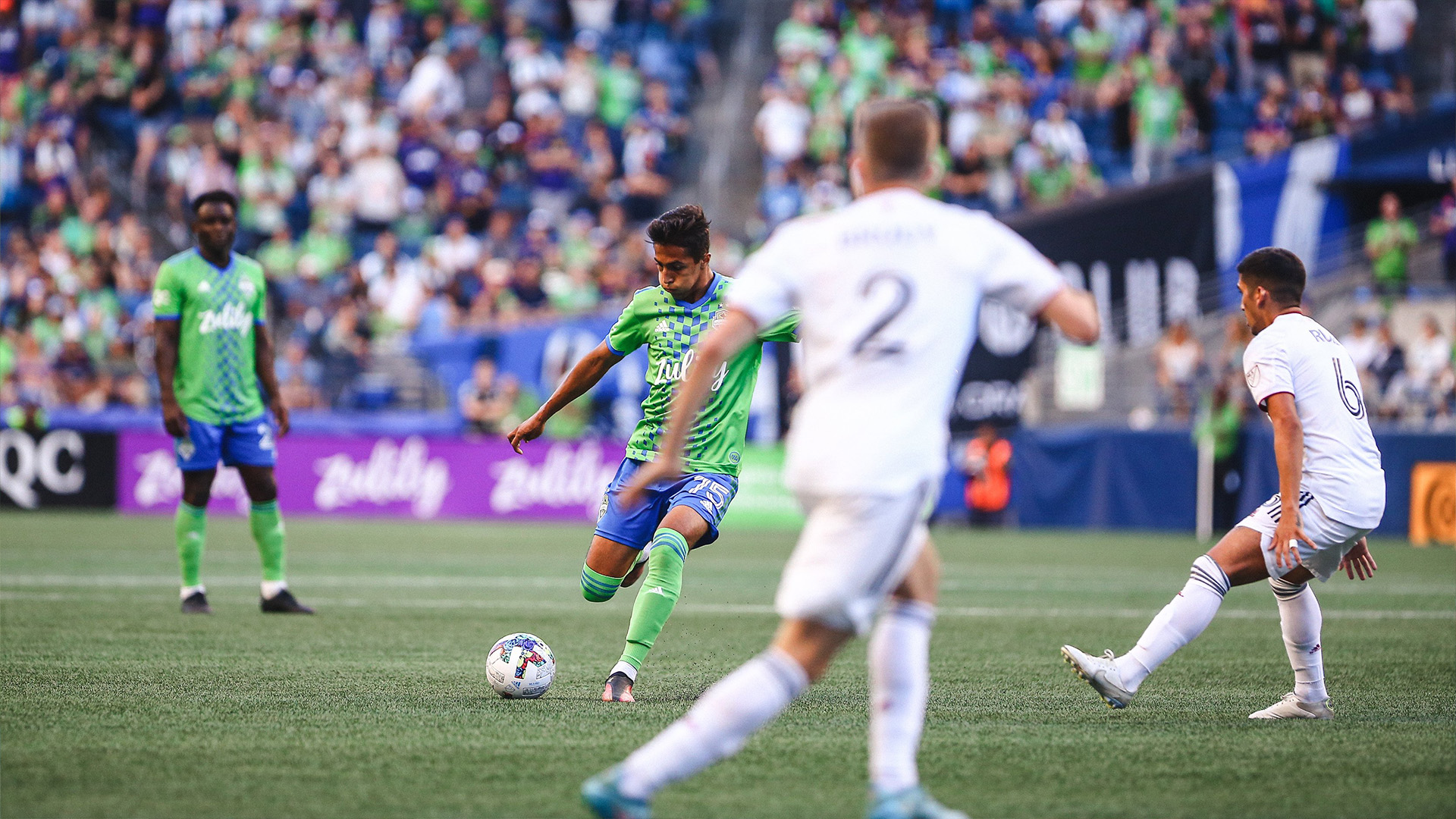 
The Western Conference matchup between Seattle Sounders and Real Salt Lake took played on Sunday at Lumen Field. There were two points and three spots separating the two teams.

Real Salt Lake overcame the Seattle Sounders 2-1 primarily due to a goal courtesy of Andrew Brody.


All the attack but nothing to show

Because both teams were vying for a playoff spot, the game got off to a fast start. Real Salt Lake was pinned inside their half because of the visiting team's increased aggressiveness in the early exchanges.

The initial goal of the match was amusingly scored by the home team when Raul Ruidiaz's shot from a fair distance hit the crossbar and ricocheted off it and into Zac MacMath's head. Before passing the ball to Raul Ruidiaz, Cristian Roldan was offside thanks to VAR's intervention.

Marcelo Silva was stopped while attempting to dribble past his defensive line, giving the Sounders another lucky break. However, Seattle was not able to capitalise on the lucky break.

In the 32nd minute, Cordova gave RSL a breakthrough against the flow of play as Seattle applied heavy pressure at the other end of the field. Cordova was the recipient of Jefferson's wonderfully delivered long pass as he neatly dribbled past Stefen Frei.

The host team was behind at the break, yet this was against the flow of the game. Seattle's play, in which they appeared to be frantically trying to reach the break level, caused the home crowd to get more agitated with the proceedings.

Second half began the same as the first half ended, with Seattle pushing hard for an equaliser. RSL seemed to have found a right chord with their defence as they were not letting Seattle through on goal for the majority of the second half.

Seattle made a push to score an equaliser to start the second half just like the previous one did. RSL's defence appeared to be clicking, as they prevented Seattle from scoring for the entirety of the second half.

The former RSL captain broke the hearts of his former home fans by scoring an equaliser in the 62nd minute. The goal was skillfully taken from a non-traditional angle. But he didn't only celebrate his second goal of the year out of respect. Just as RSL conceded the goal, it looked like they ended up conceding one more goal as their body language fell.

And again, against the run of play in the next attack of the match, RSL took the lead. Andrew Brody took a well-timed volley which beat the goalkeeper. Had Frei been able to stop that shot, it would have been a miracle. Seattle came extremely close to tying the score in the last moments, but Real Salt Lake's strength proved too much, and the defence held out.

Real Salt Lake won the game 2-1, taking all six points from Seattle in 2022 after earlier that year, defeating the Sounders 1-0 at Rio Tinto Stadium.

PFL pull-off massive signing of Shane Burgos from the UFC