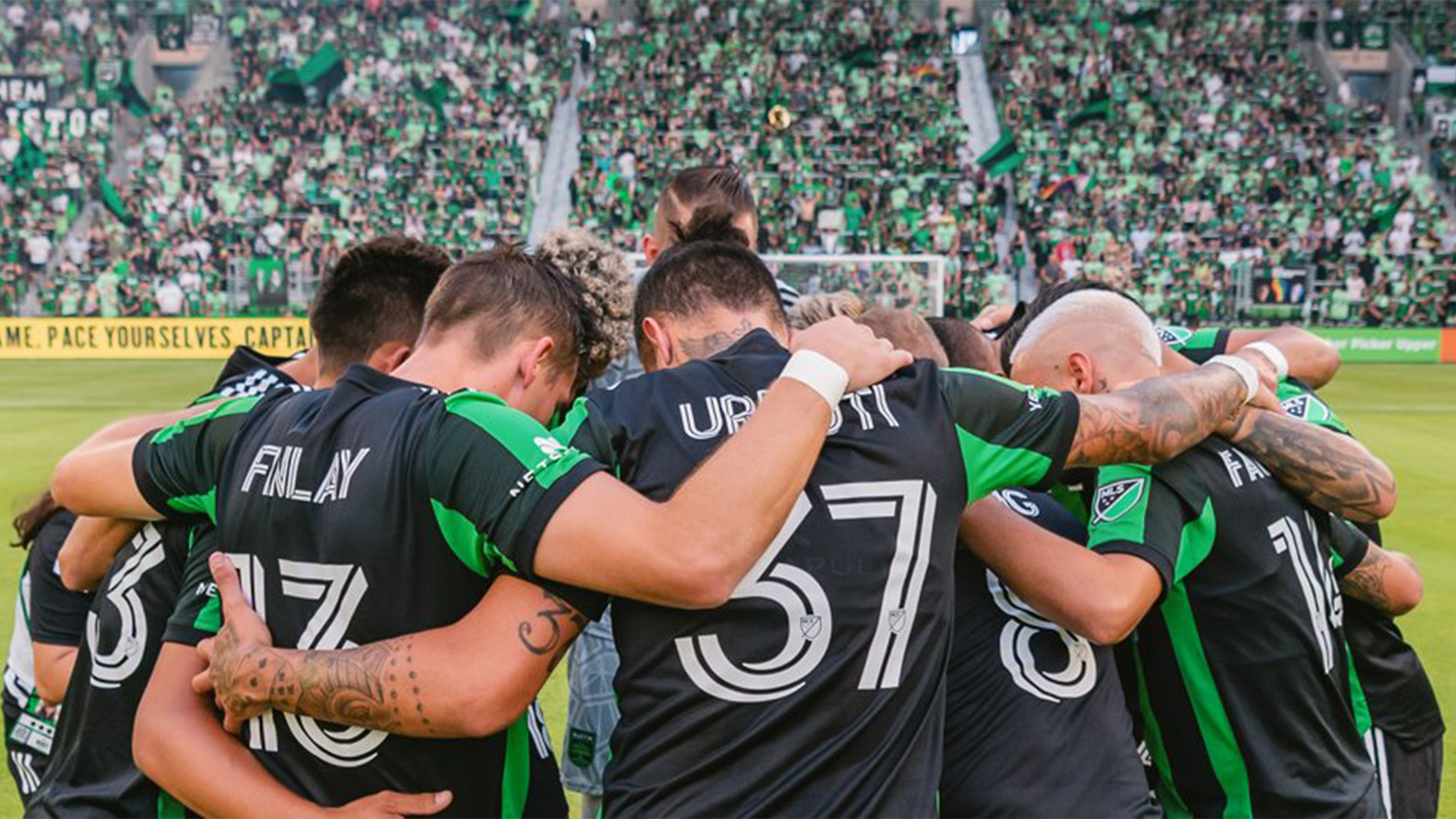 Austin continued their assault to become the best in the West by swatting aside a ten-man Sporting Kansas City side by two goals nil at Children’s Mercy Park on Saturday evening.

Peter Vermes’ side was always going to face a stern test but was on route to survive the first half unscathed until a crazy four-minute spell saw Cameron Duke booked twice just before half-time.

It took Austin just three minutes to make the numerical advantage count, as Alexander Ring saw his tame drive squirm through the grasp of John Pulskamp in added time before Sebastián Driussi made the game safe in the 90th minute.

Despite posting more shots than the visitors in the first half, Kansas were lucky to head in only a goal down, with the visitors seeing a scarcely believable three goals disallowed for offside inside the first 25 minutes.

Strikes by Maxi Urruti, Diego Fagúndez and Ethan Finlay were all rightfully met by the flag as Sporting KC continued to ride their luck as the half wore on.

The home side’s only effort of note in the first period came at the half-hour mark when a Felipe Hernández corner met the head of William Agada, but Ruben Gabrielsen was able to get his body in the way before the ball was cleared to safety.

Less than a quarter of an hour later, the pendulum would swing in The Oaks’ favour, as Cameron Duke petulantly hauled Daniel Gil to the ground for a second booking in less than five minutes.

Then, in the final minute of the half, Jon Gallagher laid Austin skipper Alexander Ring off on the edge of the area. He took a touch to set himself before arrowing a bobbling drive towards goal, which ought to have been bread and butter for Kansas ‘keeper Pulskamp, but he allowed the ball to roll agonisingly between his legs to give the visitors a deserved lead.

Despite the setback, the Wizards came out fighting in the second half. When substitute Felipe Martins was adjudged to have handled inside the area, they were given the perfect opportunity to level the scores.

Replays suggested the decision was harsh as Dániel Sallói had fired it towards the Brazilian from point-blank range, but, with the help of VAR, Fotis Bazakas pointed to the spot.

Sallói took on the responsibility, but Brad Stuver chose correctly - diving to his right to push away the Hungarian’s spot kick.

The referee’s virtual assistant was soon in the spotlight once more when, down the other end, Fagúndez put the ball in the net for a second time as he latched onto the rebound of a Finlay drive. But again, the Uruguayan was made to wait for his sixth goal of the season as VAR ruled him marginally offside.

He may not have scored, but the former New England Revolution winger ensured he was heading south with something, powering through the Kansas midfield before slipping Driussi through, who made sure of the result - sweeping the ball into the far corner from just inside the area.

It was the result that Austin’s performance (and poor luck) had deserved, taking home a well-earned fifth away clean sheet of the campaign and their eighth overall.

The result keeps Josh Wolff’s side second in the Western Conference on 44 points, with 13th place San Jose Earthquakes up next in their pursuit of LAFC just ahead of them.

Sporting KC remains rock bottom of the West and has now failed to score in almost 400 minutes of football, while the tasks don’t get any easier as it’s the Galaxy up next for Vermes’ disenchanted Wizards.