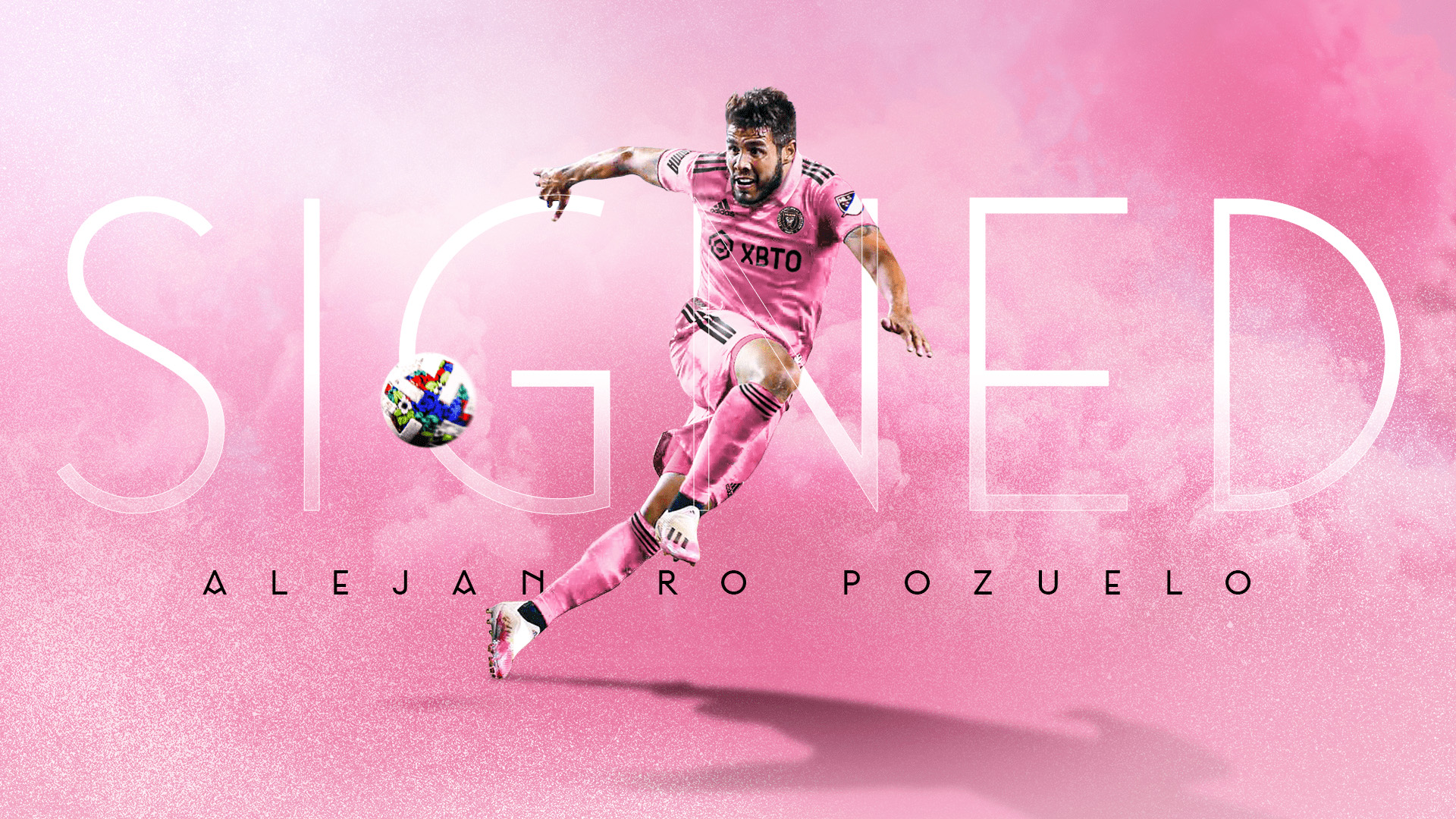 Pozuelo and Inter Miami on The Precipice of Greatness


With just a mere seven games to go, Inter Miami are up to fifth and in the middle of the playoff mix.

Their latest victims, a red-hot Toronto side that nobody wants to face as Bob Bradley’s ethos has infused Toronto FC with steel and no end of the industry.

Before the Miami game, Bradley’s Toronto was unbeaten in their last five games, thanks mainly to their recent flamboyant Italian imports, in the form of Lorenzo Insigne, Federico Bernardeschi and Domenico Criscito.

The trio, a by-product of Serie A, are terrorising MLS defences since their recent arrival scoring seven of Toronto’s last eight goals.

Miami found Insigne again to be in a benevolent mood as he circumvented the Inter defence as early as the 28th minute. The ball fell to him outside the Miami penalty area, and he unleashed a first-time volley that nestled in the bottom corner to make it 1-1.

Neville’s Miami is now a vastly different beast, they retook the lead and stood firm to continue their meteoric rise up the table.

Miami’s recent resurgence was inspired by the Herculean efforts of their new Spanish superstar Alejandro Pozuelo, who was playing against his former employers Toronto FC for the first time since his transfer.

His magnificence was often overlooked in Toronto colours as the pandemic emptied the stands and stole the headlines.

The assist machine was doing things very few players have done in recent MLS history, and his performances knocked the door down. He was awarded Major League Soccer's 2020 Most Valuable Player after producing nine goals and ten assists in a coronavirus-shortened season.

Pozuelo finished with 35% of the overall vote for the Landon Donovan MLS MVP award.

This season, he has produced six goals and six assists for Toronto and Miami. The midfielder is known by the name “El Maestro” due to his attacking dynamism, as he is comfortable anywhere across the front three.

El Maestro truly comes to life in a number ten role behind the strikers, his magic has also bestowed new teammate Gonzalo Higuain with a new lease of life and attacking impetus following his arrival.

The Argentinian goal-getter has plundered six goals in eight games since the arrival of Pozuelo having previously only hit two in 18 games prior.

The Spaniard’s empirical ability in the number- 10 positions allows Higuain the luxury to play as an out & out striker, not needing to drop deep to fetch the ball.

The 34-year-old hitman is at his most electric best in the box and with the introduction of Pozuelo, that is where he is spending most of his time, not wasting his energy dropping deep.

Pozuelo, a former Genk player, seems to be a crucial part of the Miami jigsaw. He didn’t make much of an impression during his ill-fated one-season stint with Swansea City in the Premier League, but since arriving in MLS and scoring on his debut he hasn’t looked back.

His capacity for sorcery ensured Toronto FC supporters have reason to smile after the departure of much-loved player Giovinco, Pozuelo filled the void with his jaw-dropping performances game after game.

Marriage Made in Heaven

Inter Miami and Pozuelo are a marriage made in heaven, arguably the Spaniard has never worked with such a high-quality supporting cast before.

Since joining David Beckham’s club, Miami and Pozuelo have experienced the bitter taste of defeat only once.

Phil Neville’s side is building momentum at just the right time with the business end of the campaign approaches.

It seems a lifetime ago, Miami went winless in their first five games this season and miraculously as recently as mid-July, they were languishing near the bottom of the table.

Now, they have their eyes set firmly on the playoff battle after producing a five-game unbeaten streak, in fact, at home, they have just one defeat in their last 12.

The former Real Betis and Rayo Vallecano player may have found his spiritual football home in South Florida, and Miami and El Maestro can navigate the playoffs together. He could prove to be the transfer of the MLS season.