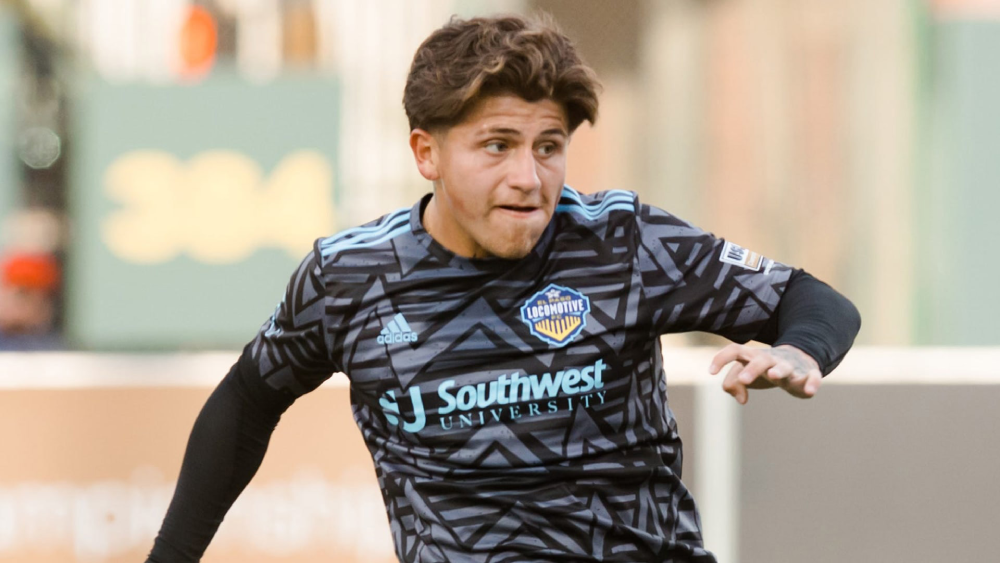 
Real Salt Lake supporters experienced a rollercoaster of emotions in 2022 when the ownership crisis was eventually addressed with the club's sale to a group led by David Blitzer, a shareholder in FC Augsburg and Crystal Palace, and Ryan Smith, a shareholder in NBA franchise Utah Jazz. The new billionaire owners at RSL bring hope to Claret-and-Cobalt fans of consistently challenging for the MLS Cup and attracting their star-designated players to compete with the top teams in the league.

As well as re-signing fan favourite Jefferson Savarino from Atlético Mineiro after a two-year stint in Brazil, this summer has also seen the club bring in USL star Diego Luna from El Paso Locomotive. Luna joins the Utah-based for a fee of $250,000, which is a USL-to-MLS transfer record.

The signing of the 18-year-old USYNT international is a statement of intent by RSL and also a sign of how highly they rate the player. In 43 games for El Paso Locomotive, Luna managed 13 goals and seven assists, with four goals and two assists coming in ten games this year alone. The young playmaker was a finalist for the USL Young Player of the Season in 2021 and continued his sparkling form into 2022, catching the eye of several MLS teams.

Ultimately, Real Salt Lake snapped up the youngster, who then went on international duty to represent the USYNT U20s at this year’s CONCACAF U20 Championship after a two-minute cameo debut. Luna was one of the best players at the tournament, helping the US to bring home the trophy with five assists and one goal in seven matches. He impressed fans in the match against Nicaragua by scoring a penalty with his right foot and then taking a corner with his left, showing just how comfortable he is with the ball on either side.

Luna is a confident dribbler with superb balance and vision. USL Analyst Devon Kerr said this about the USYNT International on Twitter: “Power, Precision, 1v1, vision…seems to float effortlessly on the ball in the final 3rd, no fear in Luna’s game.” For a team that has struggled up front in recent years, the raw talent and confidence that Luna brings to the table could be just the thing that Real Salt Lake need to unlock their attack. El Paso manager John Hutchinson described Luna as one of the best players in the USL, which is some feat at 18 years of age and after only one season in senior football.

A versatile attacking midfielder with an eye for goals and assists, Luna is the type of player to get fans off their seats. He can change a game in a blink with a mazy run or a defence-splitting pass. Often operating in the half-space, he can be a thorn in the side of any defence with his movement and ability to commit defenders.

Place in the RSL team

Since returning from international duty, the American starlet has only managed to rack up a total of 93 minutes, starting once in seven games, where he played 45 minutes. In his limited minutes, he has created four shot-creating actions, according to FBref, which is hopefully a sign of things to come in terms of chance creation. This season has seen RSL set up in a 442 formation, thus lacking a ‘number 10’ position, Luna’s preferred position. He is, however, very versatile and has played off both flanks and further forward as a second striker. Given that he is capable with both feet, manager Pablo Mastroeni has the option to play Luna anywhere in midfield and can also opt for a formation change if necessary.

RSL has had difficulty recapturing its regular-season form from 2009 to 2013, but the MLS play-off system always keeps them in with a possibility of earning a trophy at the end of the season by placing in the top half. As the Claret and Cobalt look to move into this exciting new era, youngster Luna could be a big part of the club’s project going forward. At just 18 years old, the young creative midfielder has plenty of time to grow in just his second year as a senior footballer. He is one for the future and will take some time to adapt to the MLS, but he is already showing tremendous potential and is an exciting player for the Real Salt Lake faithful.

Shikhar Dhawan or KL Rahul: The better fit for captaincy