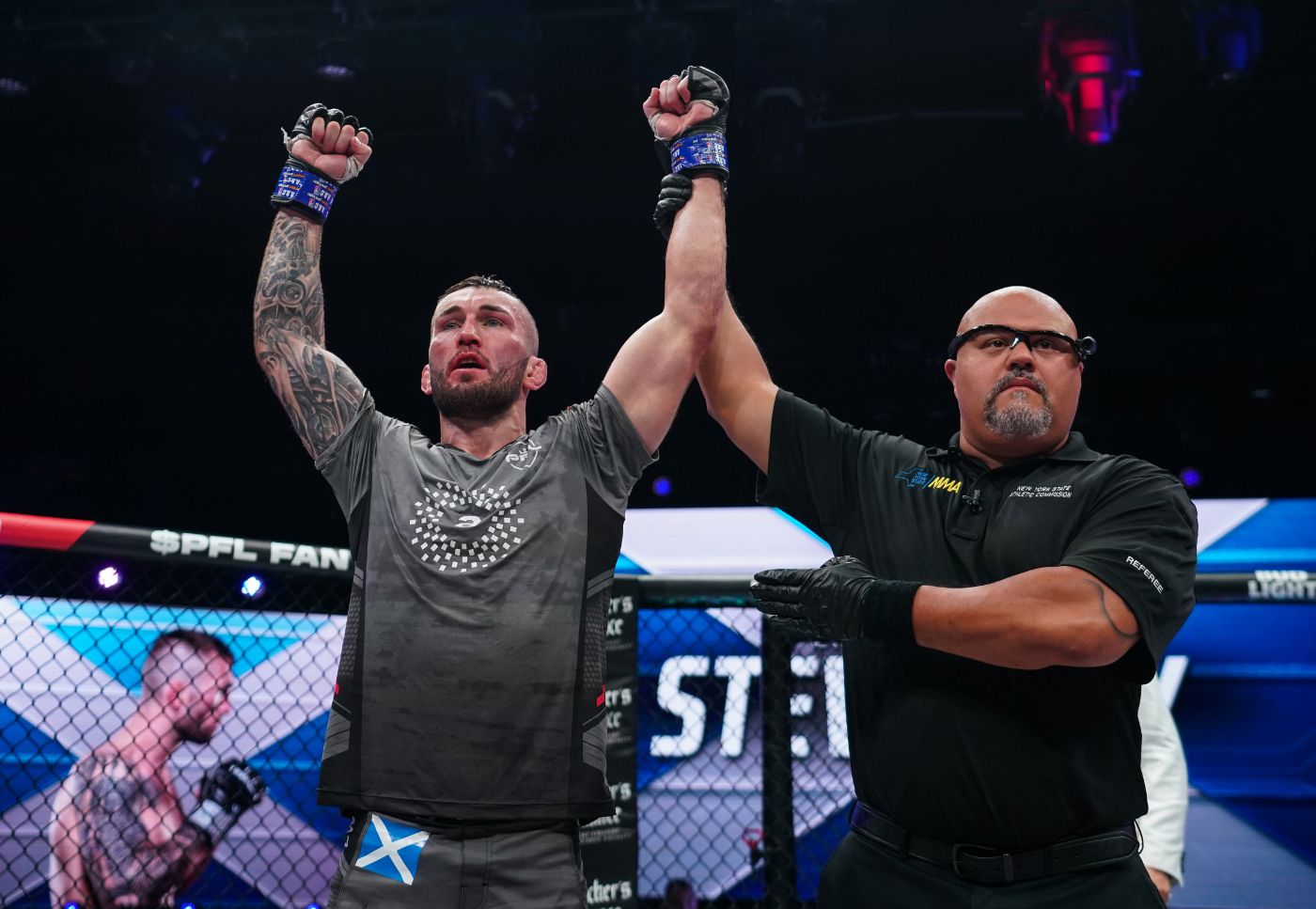 The business end of the PFL started on Friday night with the first of three consecutive semi-final play-off weekends, with the other two in Cardiff and London on the 13th and 20th of August, respectively. The date and location of the Finals, which will take place on November 25th, are still to be determined. All of the fighters are hoping to make it there.

The first of the three play-offs on Friday night was the Light Heavyweight and Lightweights held at the MSG in New York. Headlining the card was a rematch between former UFC Champion Anthony Pettis and Stevie Ray. This was because of their bout only six weeks previously when Ray submitted Pettis in the second round.

Stevie Ray proved their first encounter was no fluke by dominating the fight on the ground and taking Pettis down. Ray won, by unanimous decision, on all three scorecards, 29-28. Unfortunately for Pettis, he was coming into this fight believing he could make up for the mistakes of their previous encounter. Ray dominated the first two rounds as he attempted two submissions. Though the battle appeared to be over, when Ray brought Pettis to the ground and moved into a North-South choke toward the conclusion of the first round, ‘Showtime’ was able to escape and get back to his feet.

The second round was dominated by Ray’s superior ground game, taking him down again with ease and taking Pettis back. He started to look for submissions and finish this in the second round like he had done six weeks previously. Anthony Pettis deserves praise for surviving the attack and finishing the round.

The third round was different, and ‘Showtime’ showed what he was all about and landing some beautiful strikes on Ray by keeping the fight on the feet is what Pettis had been looking for. He had some success when he did this, but unfortunately for Pettis, the bell sounded. He had run out of time to find the finish he was desperately seeking, taking his record in the PFL to 1-4.

Heading into the last year of his PFL contract and being the highest-paid fighter in the PFL, reportedly earning $750,000 a year, the PFL will be reconsidering their faith in ‘Showtime’.

Stevie Ray, however, progresses to the Lightweight final, where he will fight for $ 1 million against Olivier Aubin-Mercier, who defeated Alex Martinez earlier in the main card. Olivier marched onto a Unanimous decision winning 30-27, 30-26, 30-26. This wasn’t the most exciting fight, but the surprising aspect was that Mercier tagged Martinez and sent him to the canvas, not the other way round, as predicted. A dominant performance by Mercier now takes his record to 5-0 in the PFL.

On the light Heavyweight side of the card, Omari Akhmedov defeated Josh Silveira by unanimous decision winning 30-27, 30-27 and 29-28. The first two rounds were a slow watch, with just one takedown from Akhmedov. In all honesty, this was a tough watch, and Akhmedov’s offensive and busier approach clinched him the victory, leaving Silveira with some regrets about his negative performance.

On the other side of the Light Heavyweight draws, Rob Wilkinson kicked off the main card with Fight of the Night with a devastating first-round knockout of Delan Monte. Wilkinson joined the PFL this year and has proven his worth, taking the top-ranked sport in the regular season table. After decent exchanges between the two fighters, it took Wilkinson 97 seconds to prove why he is in the top spot.

Wilkinson caught Monte with a sweet right hand, which hurt Monte, and followed up with several shots before delivering the knockout blow with a knee to Monte’s face.

In the Prelims, Itso Babulaidze delivered a brutal uppercut to knockout Mahmoud Sebie in the first round at MSG.

This was a good start to the PFL playoffs before they head off to the UK next for rounds 2 and 3, but the PFL will be no doubt looking for more entertaining fights and viral moments to kick start these playoffs.