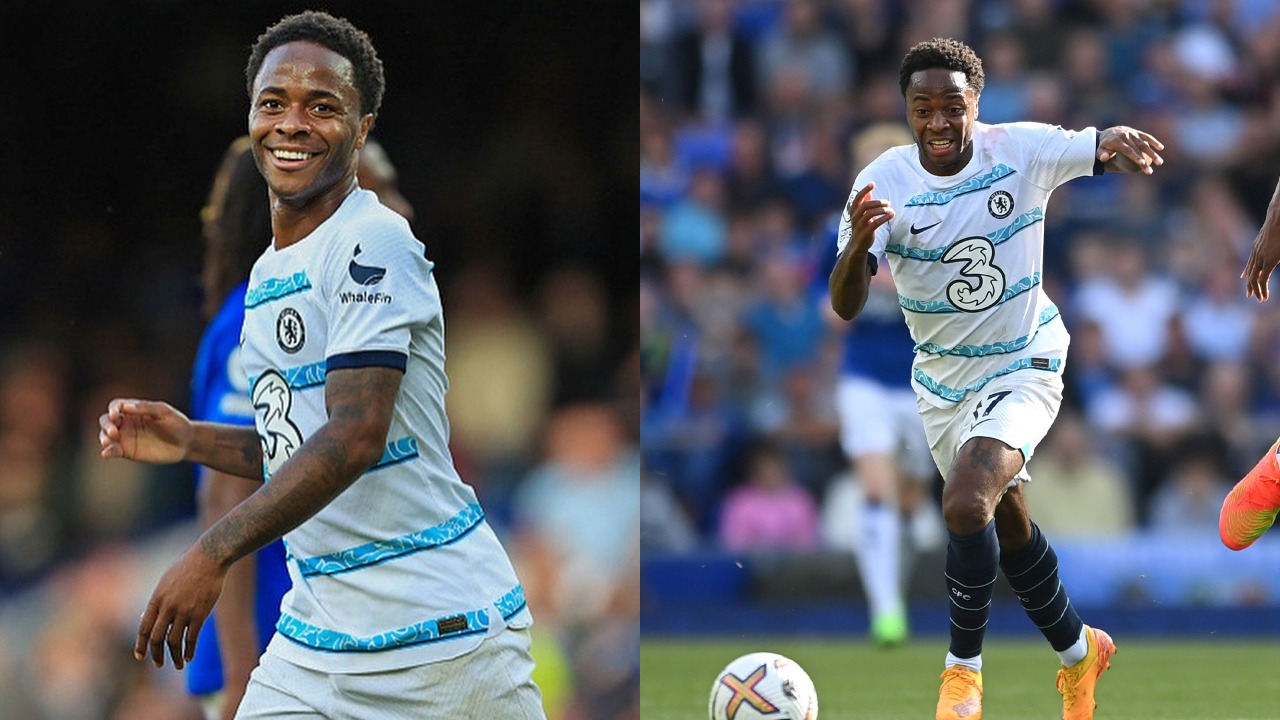 On July 13th, Chelsea FC announced that Raheem Sterling, a 4-time Premier League winner, has joined Chelsea from Manchester City on a five-year contract. The 47.5m pound deal was not easy to pull off, but the club convinced the English International of his pivotal role in Thomas Tuchel’s quest to achieve domestic and European success.

The Jamaican-born Sterling grew up in northwest London at a stone’s throw from the world-renown Wembley Stadium. He began his career at Queens Park Rangers, then moved to Liverpool at 16. He made his senior debut as a substitute against Wigan Athletic in March 2012, soon after turning 17. He then enjoyed a breakthrough campaign at Anfield the following season with 36 appearances under Brendan Rodgers and his debut for England. As part of Liverpool’s front three alongside Luis Suarez and Daniel Sturridge, he played a crucial role in the PL title charge before falling agonisingly short in 2013/14. He won the Golden Boy award in December 2014 for his good performances. He continued his hot streak of form and went on to hit 20 goal involvements the following season and was touted as one of England’s hottest prospects at the time.

In the summer of 2015, a deal to take him from Merseyside to Manchester was agreed, making him the most expensive English player since Andy Carroll. There he flourished particularly under Pep Guardiola and scored 91 goals and 56 assists in 225 Premier League appearances. Initially playing on the left wing, Sterling showed immense ball control and his explosive runs into the box with the ball gave City a lot of joy. He played in the right-wing for the 2017/18 season and developed a devastating partnership with Leroy Sane and Sergio Aguero to ensure City wins the League Title, crossing the 100 points for the first time in history. Sterling finished with a personal-best of 18 goals. The following season he completed in the same vein, scoring 17 goals which saw him as the PFA Young Player of the Year and FWA Footballer of the Year and Man City winning their consecutive second Premier League title. The 2019-20 season was where Sterling reached the pinnacle of his Man City career with 20 goals to his name along with four hattricks and was the top goal scorer for his club even though Liverpool beat them to the PL title. In the final two seasons, he couldn’t replicate the heights of the past seasons and finished with 10 & 13 goals, which was no lesser feat on its own, considering his declining playing minutes.

Chelsea coach Thomas Tuchel was delighted he could get the Sterling deal over the line. He called Sterling the number one priority, and he was what they were looking for in terms of age, experience, and style of play. He gave them a lot of flexibility, mobility and attacking options at the front.

The signing of Sterling also serves as a message to Chelsea's current crop of forwards that their performances to date have not been up to scratch. The £97.5m signing of Romelu Lukaku departed on loan to former side Inter Milan – a reminder that the transfer was an utter and complete failure. A number of other forwards are also reportedly being linked to transfers away.

Sterling is an addition to a decisive edge in the final third to cure Chelsea's goalscoring issues. He offers a guaranteed goal threat - with a combined 165 goals in the league in 320 appearances for Liverpool and Man City- in tactical flexibility and years of experience. He has shown versatility playing across the forward line and can play on either flank or through the middle as a false nine. During his seven-year spell at City, Sterling’s goals mostly came from short cut-backs in and around the six-yard box. His knowledge of tapping in goals from central areas merely yards from the goal line, illustrating his deft movement to carve such opportunities, will benefit Thomas Tuchel’s plans. Tuchel has gained from a fluid forward line with a focus on mobility and short interchanges last season after Kai Havertz proved to be more suited to his attack than Romelu Lukaku.

Sterling is an immediate upgrade for Timo Werner, Hakim Ziyech, Christian Pulisic, and Callum Hudson-Odoi in the wide winger role in Tuchel’s 4-2-2-2 or 4-3-3. He can also operate just as effectively as one of the narrower No 10s behind the centre forward in the commonly used 3-4-2-1 system. Tuchel is very likely to tap into Sterling’s versatility. At City under Guardiola, Sterling played most often from the left wing, which is his natural position but has also operated regularly off the right flank.

Last season Sterling’s shots marked his lowest average distance from goal (12.9 yards). He is making those darts into the six-yard box in anticipation of his teammates picking him out as a finisher. While it was a lower sample of attempts, his xG (Expected Goals) per shot of 0.24 meant that an average shot of Sterling’s had a 24 per cent chance of finding the back of the net.

Since Sterling joined City in the summer of 2015, no player has a higher xG per shot than his 0.18. His conversion of big chances — 47 per cent — since 2015-16 is slightly above the average of 45 per cent among wide attackers and the same as Mohamed Salah.

He is, in essence, a goal scorer and a valuable asset for a team in need of goals. Eden Hazard, who left Stamford Bridge for Real Madrid in the summer of 2019, is still the club's joint-leading Premier League scorer of non-penalty goals since August 2017, with 22 goals.

He has created 250 chances for teammates over the last five seasons and has completed 320 take-on in that time, the fourth highest in the Premier League. He carries the ball into dangerous areas, often from wide positions, which have been an area of concern for Chelsea.

Chelsea has required an elite finisher who senses the time to scurry into the six-yard box on to a team-mate’s pinpoint delivery. Tuchel always had plenty of other attacking options to choose from since he joined the club but hardly has he been able to rely on a consistent attacker who will provide the base level of performance he yearned.

Sterling is a seasoned premier league player with considerable experience in excelling in top Premier League teams.  He is homegrown, which is also a massive benefit for squad limits. He will inspire the younger English players within the Chelsea set-up and provide another voice of influence in the dressing-room.