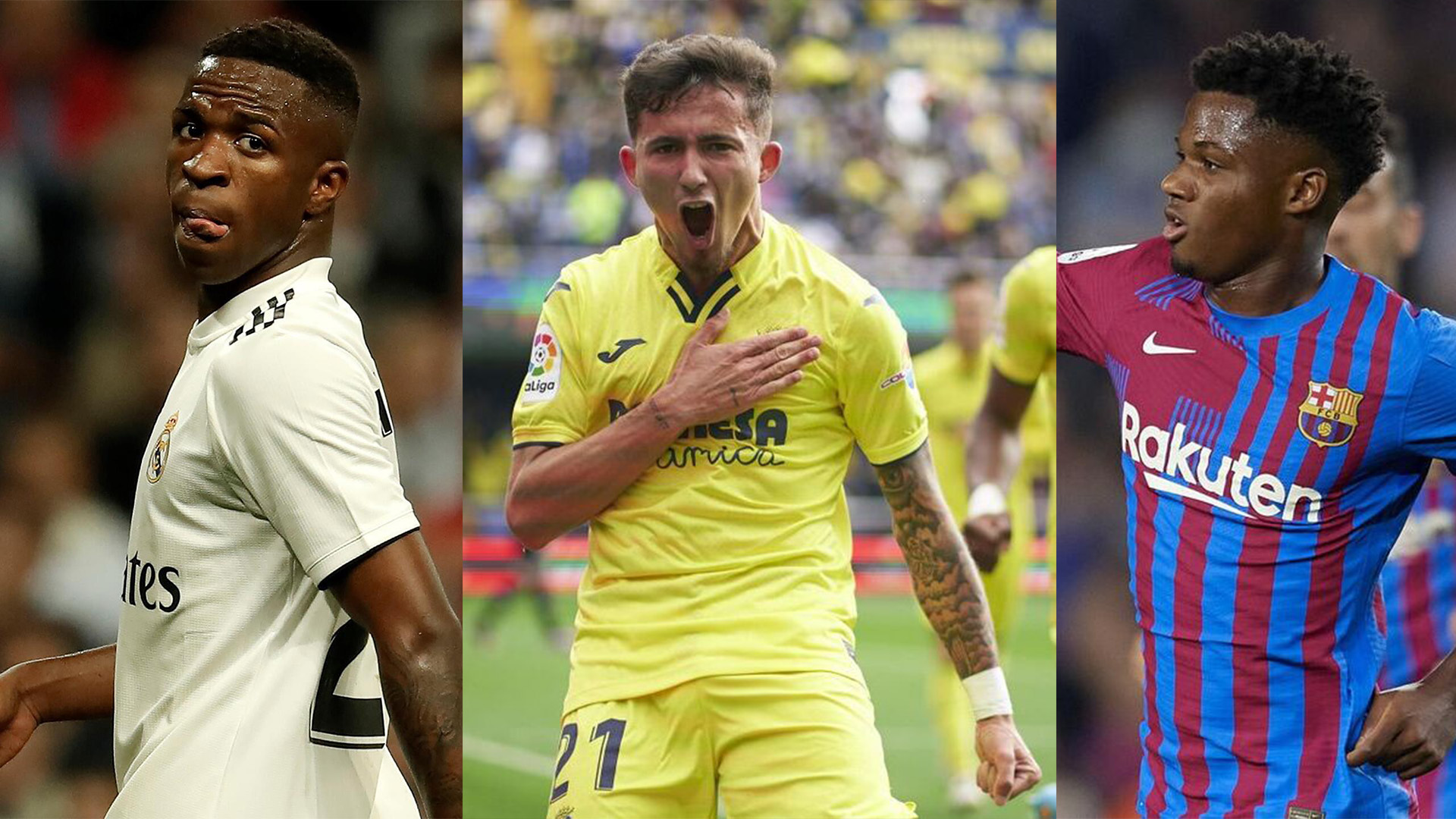 Wingers have always been a favourite for most football fans. Football fans have always rejoiced at the sight of an attacker jinking up and down the flank, beating the opposing full-back, and crossing or cutting in and scoring a wonderful top corner worldwide.

Given the Spanish league's reputation for producing world-class players and future stars, it's hard to ignore some of the names which will be in the spotlight next season.

The Real Madrid star has a ceiling of any young player competing in Spain's premier division. Vinicius Jr crowned his breakout season by scoring the goal that won Real Madrid a record-extending 14th European Cup title with a 1-0 win over Liverpool in the UEFA Champions League final.

Vinicius was 20 last season, struggling with his decision-making and finishing. He scored only six goals with seven assists in the 49 games he had played in the 2020/21 season but has enjoyed the best season of his career in 2021/22, flourishing next to Karim Benzema.

Vinicius jr. scored 22 goals with 20 assists in a season during which he was an intrinsic part of Real Madrid's success as they won the LaLiga-Champions League double.

He can play on either wing. But the young Brazilian prefers to play on the left side of the field, where he consistently succeeds in making life difficult for anyone trying to mark him. When Real Madrid's attackers are having trouble finding space on the right side, they can move the ball to Vinicius Jr. on the other side, thanks to his awareness in the wide area.

Although the front three's right position has mainly been interchangeable at Madrid, Vinicius Jr and Benzema play every match possible, such is their importance to the team now.

The 19-year-old Spain international suffered an injury to his meniscus knee ligament in November 2020 and needed four operations in a complicated recovery process. As per the reports, the young winger has fully recovered from his injury and could not be in better physical shape. It is welcoming news for Barcelona, especially with days remaining before the season starts.

A right-footed forward, Ansu Fati plays as a left-winger for Barcelona and Spain. His mix of attributes makes him a very adaptable player. He can perform in any attacking position, different tactics and formations.

Fati’s positional relation with his teammates is excellent. Even if his intelligence is the base of his game, Fati’s most visible attribute that sets him apart from other intelligent and talented teenage footballers is his goal-scoring instinct. Since his first-team debut, Fati has 23 goals and nine assists in 65 games which is a fantastic figure for a winger of a young age and level. He is quick to anticipate the defenders, uses both feet to shoot with power and accuracy and can score with his head.

He appeared in 10 matches last season in La Liga, playing a total of 332 minutes, scoring an average of 1.08 goals per 90, meaning he’s a complete finisher.

Next is Yeremi Pino, a current right-winger for the Spanish club Villarreal. The Mallorcan footballer made his professional debut just over one year ago. He is perhaps best known for being the youngest athlete to play and win in the 2021 Europa League Final in May of 2021, breaking the record that retired goalkeeper Iker Casillas previously held.

Nearly every time the ball comes to him, he figures out a way to make the most of it, recording an impressive play, assist or goal. One thing’s certain—with a contract that promises to keep Pino on until at least summer 2027, the Yellow Submarine is not letting go of the midfielder anytime soon.

What distinguishes the young winger is his desire to take on opposition players in 1v1 situations and his fearlessness at such a young age. Pino is a conventional winger, an old-school number 7. He’s a natural right-footed right-winger, so he’ll dribble down his flank before blasting a dangerous and tight cross into the box. He seldom decelerates since he is vertical and attack-minded.

Standing at just 1.72 metres (5ft8in) and 63kg, Pino is a winger with flair and a low centre of gravity. Even though he prefers his right foot as an inside winger, he can be deployed on both flanks, showing great versatility. His skills include elite dribbling, agility & progressive runs. And those also make him a dangerous player to mark.