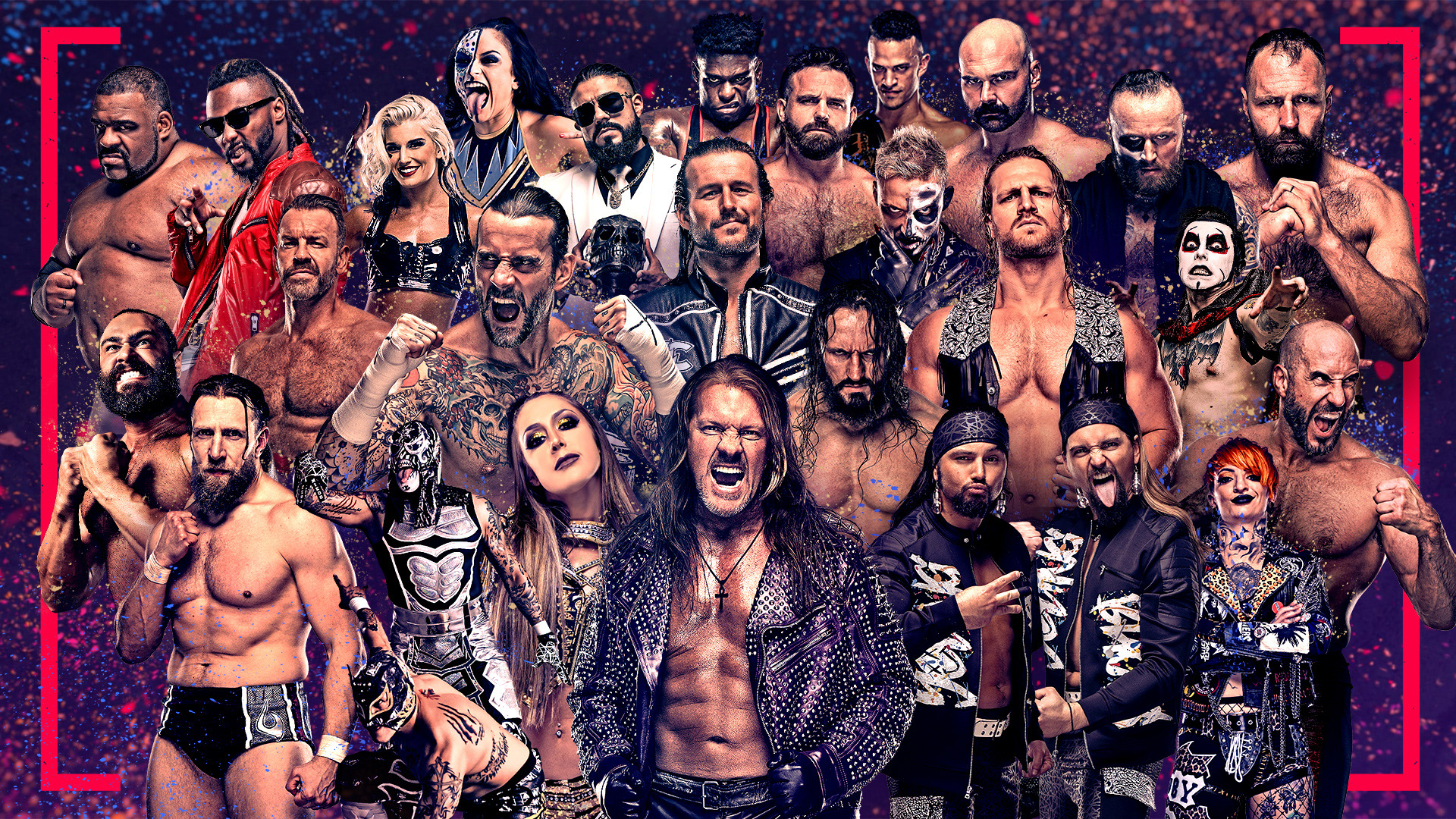 
Immediately after the highly anticipated Forbidden Door pay-per-view, AEW picked up on the action side of things in July. Several action-packed matches took place throughout the month, every week. With Jon Moxley winning the AEW Interim World Championship, he was unsurprisingly the focus of various shows. Narrowing down to the top 5 matches of July wasn’t easy, but this is what we felt was the order.


In a match expected to take place, Jon Moxley defended his AEW Interim World Championship against the former 2-time Ring of Honor world champion Rush at AEW Fight for the Fallen. Rush joined AEW at Double or Nothing earlier this year, joining forces with Andrade El Idolo to bring the La Facción Ingobernable to All Elite Wrestling. The two engaged in a physical altercation outside the ring before the bell even rang, setting the tone for the entire contest. Once the action got underway, Rush got a great amount of offence throughout the match, often outwrestling and overpowering the champion. Moxley had to dig deep to get the win via a Deathrider and Bulldog Choke. The fight was intensely physical, and of course, there was blood. Rush was effectively presented on commentary by JR as a dangerous striker.


The newly crowned AEW interim champion took on the Japanese sensation in a world title eliminator match at AEW Dynamite: Fyter Fest Night One. Takeshita started strong, but the member of the Blackpool Combat Club regained control with his elbow strikes busting open Takeshita’s forehead. Takeshita got the crowd firmly behind him with his signature, high-octane offence, including his flying lariat. A Blue Thunder Bomb from the youngster earned him a dramatic near fall before a Deathrider and Bulldog Choke finished the match for Jon Moxley. Very few people can convince an AEW crowd to cheer them over Moxley, but Takeshita managed that as he boosted his stock with a tremendous performance against the veteran champion. The only drawback of the match was that the finish was entirely too predictable, which was the case with Moxley’s fight against Rush.


Darby Allin and Brody King have quietly carved out an excellent yet underrated rivalry of 2022. This feud was a result of Darby and Sting’s long-standing issues with the House of Black. Brody King has such a unique look, paired against Darby Allin makes for a fascinating visual. Moreover, their chemistry inside the ring is off the charts. The match kicked off the show and was the best part of the whole card. King was supremely dominant as he ragdolled Darby and expertly cut off any comeback sequences Darby could muster. A Gonzo Bomb then finished off the match. Brody’s reputation has steadily grown in AEW, and he had a great outing here that further established him as a monster. This match also set up Darby’s comeback win last week in a brilliant coffin match.


Bryan Danielson made his long-awaited in-ring return to battle Daniel Garcia of the Jericho Appreciation Society in the Dynamite main event. The American Dragon started in white hot fashion as the early moments in the match allowed both men to showcase their incredible technical prowess. Danielson attempted an ill-fated top rope move which allowed Garcia to target Danielson’s well-known head and neck issues. And that became the story for the rest of the match. A vicious DDT on the concrete looked as painful and uncomfortable as possible, thanks to Danielson’s exceptional selling. He passed out while locked in a Sharpshooter, giving Garcia the biggest win of his career. BCC vs JAS has been the highest profile feud in AEW for a long time now, and this match was a subset of that feud. Technically sound as it was, the battle stood out for the compelling narrative surrounding Danielson's condition, which tensed the crowd. Working a real-life situation as delicate as this into a match is always tricky, but Danielson pulled it off.


The Young Bucks defended the AEW World Tag Team Championship against Team Taz and Swerve Strickland and Keith Lee in the main event of Fyter Fest Night One. As one would expect, the match was an absolute barnburner from the word go. The action was nonstop, there were numerous memorable spots, and the false finishes ensured the crowd did not have a single moment to rest. After a point, it seemed like any team could come out as the victors and ultimately, Swerve double stomped Ricky Starks to pick up the win. The result was somewhat shocking as most people were certain that FTR would challenge the Bucks at the upcoming All Out pay-per-view, making this result unexpected. However, Swerve in our Glory is a crowd favourite, making it one of the year's greatest feel-good moments. Swerve was the undisputed star of the match, and winning pinfall was the cherry on top of a very satisfying cake.