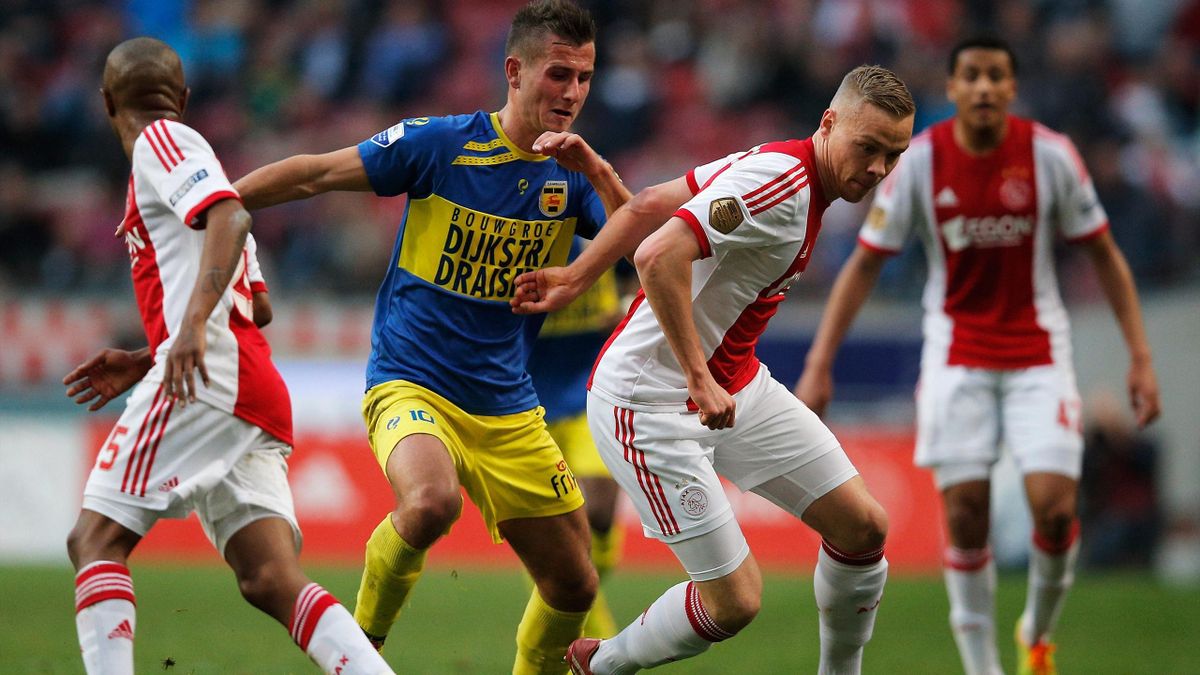 Last season, the Eredivisie saw top midfield talents establish themselves, with the likes of Ryan Gravenberch rewarding themselves with a move to Bayern Munich.


With the Dutch league’s reputation for being a hotbed of producing world-class players and future stars, it is hard not to look past some of the names who will be looking to make a name for themselves in the upcoming season.


Moving to PSV Eindhoven in January this year, Veerman already has had an impact at the Boeren with six goals and five assists in his first half season.


Including the first half of the season with Heerenveen, the 23-year-old grabbed ten goals and 14 assists in all competitions from central midfield.


Standing at 185cm tall, Veerman is technically sound and physically present in the middle of the park, combining his ability, vision, and energy to dominate games and give PSV an advantage on the attacking front.


His eye for a pass at all ranges makes him affective from deep and further up the pitch. He also likes to make runs into the box where his ability to in tight spaces can allow him to create chances or go for a goal himself.


If he can improve his tackling and defensive output, Ruud Van Nistelrooy will have a well-balanced midfielder on their hands. And if he struts his stuff in the Champions League next season, some of Europe’s biggest clubs will surely be knocking on PSV’s door to acquire his services.


It takes a lot to give up the luxury of league titles and playing with superstars, to instead look for game time to realise your potential - that is what the 19-year-old midfielder has done as he joined PSV this summer.


A technically gifted central midfielder who is effective in transitioning play, Simons will be looking to get the breakthrough that is long overdue and what better league than the Eredivisie.


Taking the mantle from Mario Götze, who has joined Eintracht Frankfurt, the young dutchman will have to compete against a talented midfield to get starts which could set the tone for the rest of his career.


His football intelligence, quality in the tight spaces, and energy make him a very unconventional player as he combines his experience of playing as a deep-lying playmaker in Catalonia and as a false nine in Paris to make him a scary threat in the attacking third.


He carries the ball with power, dribbles elegantly, and gets stuck in with his physical presence, which makes him a potential asset if used at the Philips Stadium.


This transfer could be the making of the superstar.


A more left-field shout, the twin brother of Jürrien Timber of Ajax, has become pivotal for FC Utrecht in the past season.


A defensive midfielder by trade, he can play centre-back and right-back when needed. The 21-year-old likes to break up opposition play and progress his team forward with his range of passing and dribbling.


Also, a tireless worker in the middle of the park, he is the sort of player where the ball must go through him as he looks to contribute to the offensive play for Utrecht. He also uses his work ethic to be at both ends of the pitch doing the dirty work or the creative work as he shows off the skillset that makes him capable of playing as an ‘8’ as well as a ‘6’.


Moving to Utrecht in 2021, he saw no future at Ajax, where his brother did. And ever since, he has gone strength-to-strength to establish himself as one of the more underrated prospects in the Eredivisie, probably thanks to Jürrien’s amazing season under Erik Ten Hag.


He’s made a home for himself at Stadion Galgenwaard and next season could prove to be the season he puts himself into the frame for bigger clubs to look at his services just as they do with his twin.


The Dutch national team may have another dynamic twin partnership, just like the De Boer brothers, if all goes to plan for the Utrecht midfielder.