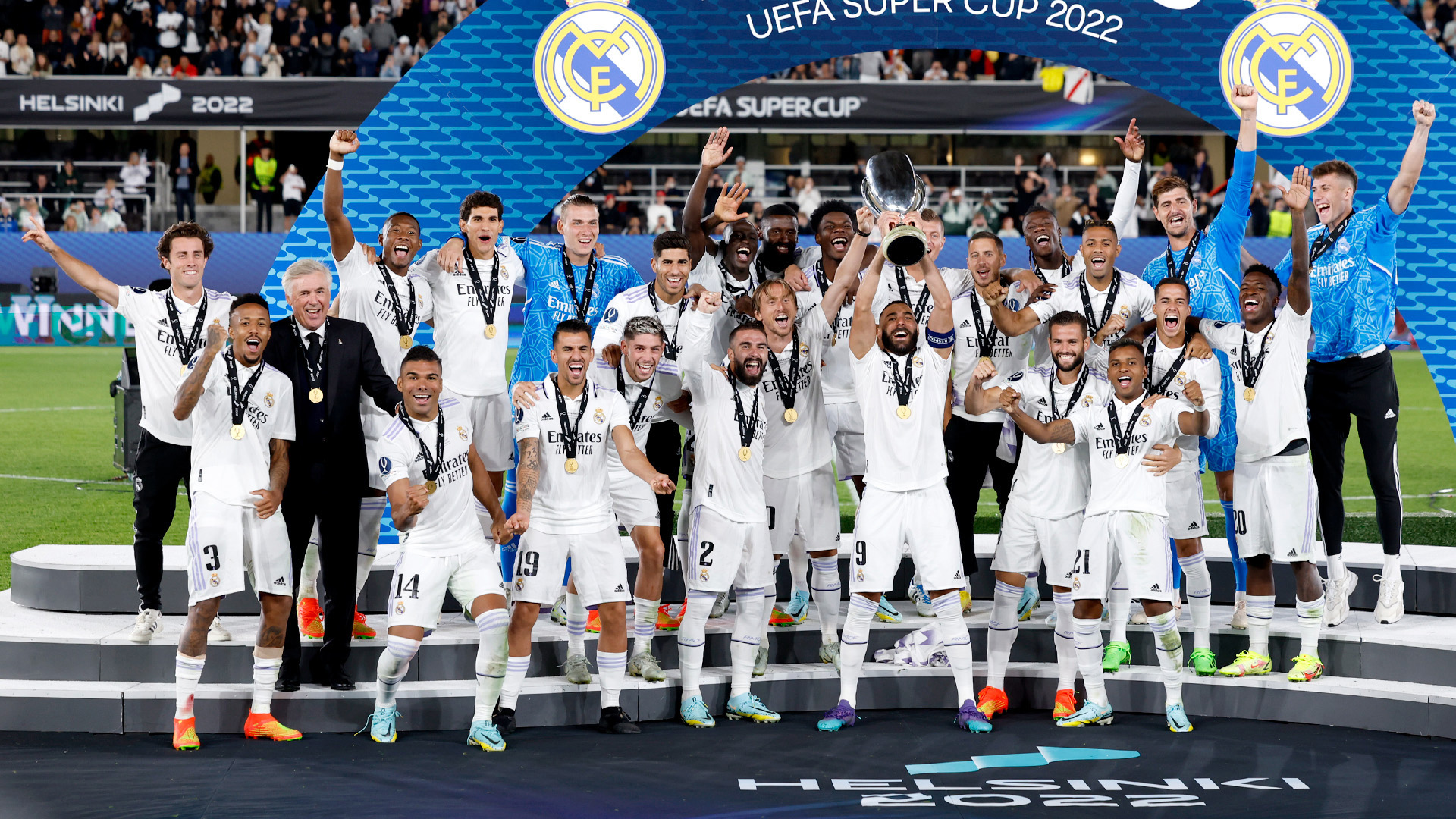 Real Madrid won the UEFA Super Cup for the fifth time to kick off their 2022–23 season. They now possess the Super Cup record by winning this cup five times.

After a humiliating 6-1 loss to Munich, Eintracht Frankfurt entered the game with scepticism. They would not have desired to begin the season with two significant losses to Bayern Munich and Real Madrid.

Real Madrid started the Super Cup with its current lineup, and neither of the summer acquisitions, Antonio Rudiger or Aurélien Tchouaméni, received their Super Cup debuts. Both started on the bench for their new side. Madrid chose to go with the same dependable midfield trio that dominated Liverpool in the Champions League finals: Modric, Kroos, and Casemiro. On sides, Valverde and Vinicius backed Benzema.

Both sides started the match with the intent to make an early impact and strike early. However, Thibaut Courtois was called into action early on by first Jesper Lindstrom and then Daichi Kamada. Kamada was one-on-one with the keeper, but his left-footed shot was not enough to beat Courtois, who looked like he was in the mood for another Man of the Match performance after the Champions League finals.

Real Madrid also came close to scoring when on 18 minutes, Tuta produced an immaculate block that denied Vinicius Jr after a great play between Valverde and Benzema on the right flank.

The breakthrough occurred in the 37th minute when a German club mishandled a cross, and it fell to David Alaba's head, where he was charged with nodding the ball into the goal. At this point in the game, Madrid appeared reasonably at ease, and the German team lacked the speed and strategy to fend off Madrid's continuous onslaught.

Frankfurt appeared out of sorts in the second half and didn't force Madrid to adjust its strategy. Madrid almost extended its lead, but neither Vinicius nor Casemiro took advantage of the opportunities. Frankfurt had a chance to tie the score at the hour mark, but Courtois controlled the defence admirably. The opportunity was gone.

When Vinicius skillfully dribbled past the defender down the right wing and found Benzema, whose initial shot missed. Trapp was slow to react and could not stop Benzema from scoring, giving Real Madrid a two-goal advantage.

After the second goal, Carlo Ancelotti made four changes to his squad as even he realised that the game had already been won at that stage. He gave the recruits their debuts and added Dani Cabellos and Rodrygo to the lineup to invigorate the group and give the players some playing time before the La Liga season.

Real Madrid has officially been crowned as Super Cup champions for a record-breaking fifth time with the blowing of the final whistle. Carlo Ancelotti is the only manager to have won this award four times, creating a personal record for him.


Real Madrid's transfer market hasn't garnered much attention, but Ancelotti believes the team is prepared for the upcoming campaign and will contend for the four titles. Only time will tell how the season turns out, but based on the first glimpse of the team, things are promising for Madrid supporters.

Should Pakistan change squad ahead of Asia Cup?