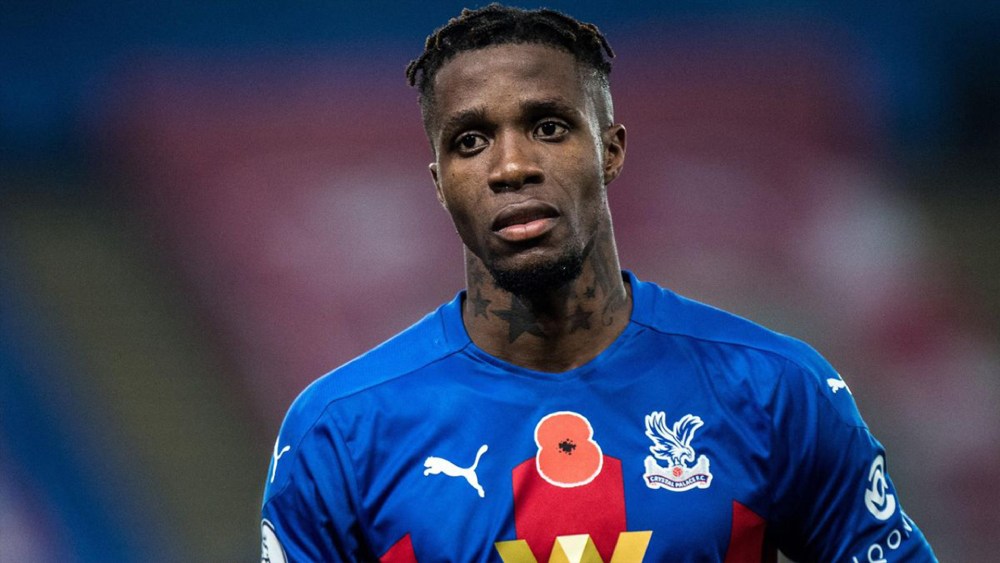 Wilfried Zaha: What makes this winger so special


Say Wilfried Zaha to football fans, and you will get mixed reactions. A modern-day Crystal Palace legend that played at the top level but couldn’t step up for Manchester United. There is no denying that Zaha is an entertainer. Despite the mixed opinions and controversy surrounding the forward, he is a player that possesses mind-blowing skill and solid end product, making him a nightmare to any full-back.

Every transfer window, there are rumours that Zaha will leave Palace for a "bigger" team because he is too talented to play for the Eagles. However, he thrives in the system that Palace play, and the influx of exciting young talents arriving at Selhurst Park, has nurtured his style, with him being the central man in Patrick Viera’s youthful team.

After moving from the Ivory Coast to England at age four, Zaha settled in quickly and was picked up by the Crystal Palace academy aged twelve. After progressing through the youth system, he made his debut for the senior side in April 2010 as he came on for the last ten minutes in a 2-1 loss to Cardiff City. In the same month, he signed his first professional contract, laying the foundations for a successful campaign the season after.

In March 2012, Zaha gained recognition and was named The Football League’s Young Player of the Year and Crystal Palace Young Player of the Year for the second consecutive season. The Eagles had a real gem on their hands and fended off interest from Manchester United and Liverpool to keep their starlet for another season. During this campaign, Zaha's progression excelled expectations as he discovered a new side of his game.

Throughout his career, the forward had always been able to dribble past opponents and weave in-between defenders, but now he possessed quality end-product. Dougie Freedman, the Palace manager at the time, shifted Zaha to more central and converted him from a left-winger to recreate a more central striker position. Zaha thrived in this position and started racking up goals and assists to expand his ability.

After a bright start to the 2012/13 season, Zaha joined Manchester United in a deal worth £10 million in the January transfer window. It was a massive move for the youngster, who despite being hungry for success, had a lot to prove. To exert pressure on him and continue Crystal Palace’s promotion hopes, the Ivorian was loaned back to Croydon for the remainder of the season.

Zaha fired the Eagles into the Premier League as his impressive performances in the playoffs secured Palace a spot in the first division. However, that would be his last game for the Eagles for a while, as he now had to step up at Old Trafford to prove his price tag. The Theatre of Dreams became a nightmare for the new signing, as he barely featured for the Red Devils and fell out of favour with David Moyes.

After an underwhelming start to his United career, Zaha was shipped across the border to Welsh club Cardiff City, where he would spend the rest of the season on loan. He made 12 appearances for the Bluebirds, who finished the season rock bottom of the Premier League. A move was required for Zaha, who hadn’t reached the same heights he once thrived at whilst at Crystal Palace.

An agreement was reached with the London outfit, and Zaha returned to the Eagles’ nest on a season-long loan. He was back, much to the delight of the Palace faithful, who had watched Zaha’s rise and subsequent fall. Being back at his home club benefitted the Ivorian, who spearheaded Palace to a tenth-placed finish in the Premier League, with him contributing four goals and two assists from the left flank.

On the final day of the 2015 transfer window, his stay at Palace was extended, as the Londoners made the move permanent by paying £3 million. He was a regular starter for Palace and certainly proved this price tag. In his first season back, the new signing made 43 appearances, helping Palace to comfortable survival and an FA Cup Final that they narrowly lost to Zaha’s old club, Manchester United. His stellar performances earned him the Crystal Palace Player of the Year award and saw him become the Eagles’ danger man.

After winning the prestigious award for the first time in the 2015-16 season, Zaha secured it again after an outstanding campaign during the 2016/17 season. His brilliance meant he came up with moments of magic all over the pitch and was a constant threat throughout the ninety. His striker instincts saw him add goals to his game, and his love for Palace added chemistry to a solid Premier League side.

However, this was not without controversy. Zaha was criticised for his poor attitude, with an altercation with Watford’s mascot grabbing the headlines after Palace were denied a penalty due to the referee judging Zaha to have exaggerated a challenge from a yellow shirt. He was seen as arrogant by many, and fans believed he dived around the pitch to gain an advantage for Palace, but no one could deny his unbelievable skill with the ball at his feet.

The forward continued to silence the haters on the pitch as another successful campaign saw him earn more plaudits. He took home the Premier League Player of the Month for March 2018 after hitting four goals and an assist in early 2018. He played this season mainly as a striker, and formed a formidable partnership with the winger, Andros Townsend, with their involvements narrowly securing top-flight football for Palace for another year. The striker was priceless to Crystal Palace, who rejected multiple bids from Arsenal to keep their man.

Awards and great performances come hand in hand with expectations and pressure to deliver. Zaha cracked under the pressure during the 2019/20 season and only registered four goals despite playing in each of Palace’s 38 league games. His form dramatically dropped, and he looked like the scared youngster he was at Manchester United. A revival was needed, or else Palace would be in danger of relegation.

But as they say, form is temporary, and class is permanent. The forward was hungrier than ever in the 2020/21 season. He had doubters to silence and goals to get. What a job he did. Zaha shined for Palace and ended the season strongly after hitting double figures for the first time in the Premier League. He ripped up the league, and the Eagles were flying.

His scintillating form continued into the 2021/22 season, with Zaha beating his record to score 15 goals in the Premier League. His quick feet lured defenders into making challenges, with the forward leaving them in the dust. His legendary status at Crystal Palace was certified after he became the first Palace player to notch 50 goals in the Premier League, with his half-century coming in a 2-0 win against Manchester City at the Etihad. During the same season, he also made his 400th appearance for the blue and red stripes, marking the occasion with a goal against arch-rivals Brighton.

This season has been full of accolades for Zaha, and he is basking in a rich vein of form. It has been his best start to a season in the top flight as he has bagged four goals in five this campaign. In addition, Zaha has scored 13 Premier League goals this calendar year, falling closely behind Spurs’ forwards: Harry Kane and Son Heung-Min. With him having ignited the flame already this season, we could be about to see the best of Wilfried Zaha.